“Despite being a woman, Hasina is saying boldly that she has zero tolerance toward terrorism.”

Narendra Modi has drawn criticism for a ‘sexist’ compliment he gave to the Prime Minister of Bangladesh, Sheikh Hasina.

During his two-day official visit to Bangladesh, the Indian Prime Minister spoke at an event hosted by the University of Dhaka on June 7, 2015.

Modi praised Hasina in Hindi for taking a strong stance on terrorism, but part of his statement was interpreted as sexist.

He said: “The world has still not found a solution on how to tackle terrorism. Even the UN is not in a position to provide guidance.”

“I am happy to say that the prime minister of Bangladesh, despite being a woman, is saying boldly that she has zero tolerance toward terrorism.”

Twittersphere caught onto this quickly and the hashtag, ‘#DespiteBeingAWoman’ was gaining momentum as users could not wait to hit back with sarcasm and a sense of justice.

#DespiteBeingAWoman I managed to graduate from university, get a full time job and contribute to society, imagine that

Since taking office in May 2014, Modi has actively voiced his support for women’s rights – one of many promises he made during his election campaign.

His latest slip has invited much attention to his attitude towards women and whether he is genuinely committed to bringing about positive changes to the livelihoods of women in India. 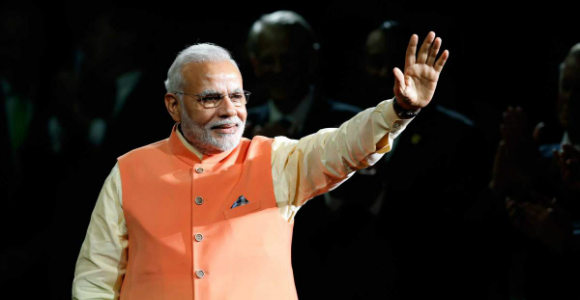 Given Hasina and her government has been credited for making significant progress on women’s education among other development areas in Bangladesh, it seems Modi has more to learn than to patronise.

Nevertheless, Modi’s visit should be deemed a success as he managed to secure a border agreement with Hasina to pave way for political stability and economic improvements between the neighbouring nations.

Images courtesy of AP and TIME