British Prime Minister David Cameron has invited a young Sri Lankan science student, who invented the cure for HIV/AIDS, to a world-class conference.

“It would be valuable if we could borrow things from developed nations without losing our identity.”

A young Sri Lankan science student has reportedly been invited by the British Prime Minister David Cameron to attend a conference organised by the world’s top universities.

Rakitha Dilshan Malewana will also make history by becoming the first to represent Sri Lanka at the Conference of the World Association of Young Scientists’ (WAYS).

While Rakitha may not be a familiar name, the 20-year-old has definitely put the tiny Island in the Indian Ocean on the map through his achievement in medical research.

The Colombo student recently won a gold medal at the International Science Project Olympiad (ISPRO) 2015 in Jakarta, Indonesia, for presenting a drug that can cure HIV/AIDS. 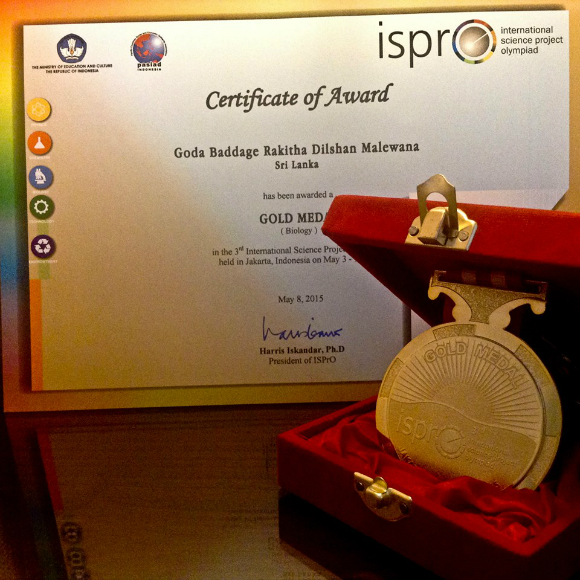 This marks the first time a gold medal has been won by a South Asian country in ISPRO, triumphing over 180 young scientists from 31 participating countries.

Rakitha said: “I began researching on HIV/AIDS because a solution has not been found for this disease anywhere in the world, as yet.

“Therefore, what I did was an experiment into the first phase of the virus. It was successful. More research has to be carried out in order to confirm this.”

He explained how he utilised nanotechnology to ‘stop protein and holding cells connected to the virus from joining together’, so as to terminate the activity AIDS virus cells at its early stages.

But the young scientist is well aware none of this would have been possible without the incredible support of his college. 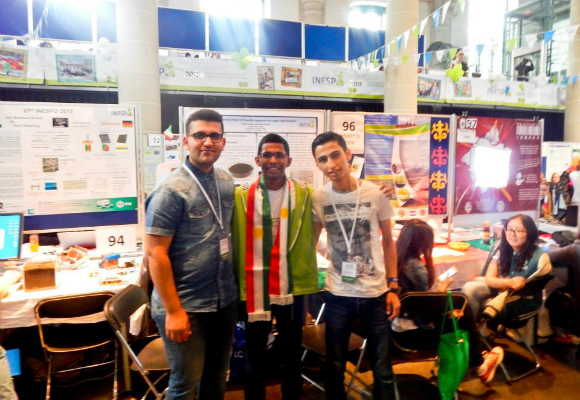 Rakitha said: “Although I had to encounter obstacles at first, now university teachers and Dr. Anil Samaranayake of the Medical Research Institute provide me with special assistance.

“Lecturer at the Chemistry Department of Science Faculty of the University of Colombo, Rohini deSilva, helped me immensely. As we faced those challenges successfully, today we are able to launch such a project.”

Prior to his stunning discovery of a cure for HIV/AIDS, Rakitha was awarded at the ISPRO for his research findings on the use green tea extracts treating leukemia in 2014.

This study, believed to be a revolutionary step towards battling leukemia, was also presented at the Young Scientists’ New Research Forum in Los Angeles.

Despite his remarkable achievement, Rakitha has expressed concerns for the lack of opportunities for other students to conduct research in South Asian countries.

He told a local news hub: “Students from developed nations are given scholarships. I really want to create such an atmosphere in Sri Lanka as well.

“It would be so valuable that if we could borrow better things from developed nations into our country without losing our identity.”

At the moment, Rakitha is taking part at the International Environment and Sustainability Olympiad (INESPO) 2015, which is being held at Amsterdam, Netherlands.

The young scientist will certainly be a good role model for many youngsters in South Asia with ambition in medical research, breaking the common traditions of becoming doctors or engineers.