Forced Marriages to be criminalised

Changes in British law are taking place on the growing issue of forced marriages. The aim of the Government is to make forced marriage a criminal offence. Prime Minister David Cameron wants action on this unacceptable social matter.

Forced marriages are now strongly on the British Government’s agenda. During the speech by Prime minister David Cameron at the Conservative Party conference, he clearly indicated that they are under the scrutiny of the Government and are looking at making it illegal for anyone forcing an individual to marry against their will.

David Cameron talked about the issue of Forced Marriage during announcing new plans to kerb immigration into the UK.

On immigration he said: “When large numbers of people arrive in new neighbourhoods perhaps not able to speak the same language as those living there perhaps not always wanting to integrate, perhaps seeking simply to take advantage of our NHS, paid for by our taxpayers there is a discomfort and a tension in some of our communities.”

“Put simply, yes, we need immigration, but it needs to be controlled,” he added. 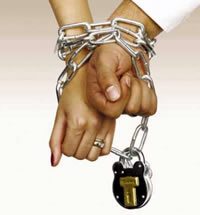 “Of course, the most grotesque example of a relationship that isn’t genuine is a forced marriage which is of course completely different from an arranged marriage where both partners consent or a sham marriage where the aim is to circumvent immigration control or make a financial gain.”

“To force someone into marriage is completely wrong. ”

“And I strongly believe this is a problem we should not shy away from addressing,” he added.

A proposal to make forced marriages illegal was rejected by the Home Office earlier in 2011. This was due to fears that potential victims and those that have suffered forced marriage will be hesitant to report family members and come forward.

In 2008, when addressing forced marriage, the Government introduced Forced Marriage Protection Orders in England, Wales and Northern Ireland, which were designed to protect victims who were being forced to marry; if the victim, a friend or the police applied for the order. 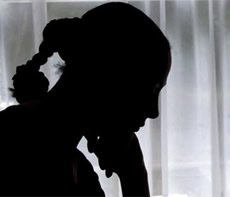 Breach of the the Forced Marriage Protection Order could result in guilty parties being jailed for up to two years for contempt of court and classified as a civil offence.

Now, the Government is looking at enhancing the law around these orders. Realising that criminalising forced marriages directly could impact individuals coming forward, Cameron said:

“But I know that there is a worry that criminalisation could make it less likely that those at risk will come forward.”

“So, as a first step, I am announcing today that we will criminalise the breach of Forced Marriage Prevention Orders.”

Indicating that the classification of the breach will change from a civil offence to a criminal offence. “It’s ridiculous that an Order made to stop a forced marriage isn’t enforced with the full rigour of the criminal law,” he said.

In 2010, the Forced Marriage Unit (FMU) dealt with 1735 instances where the FMU gave advice or support related to a possible forced marriage. There were 70 cases involving those with disabilities (50 with learning disabilities, 17 with physical disabilities and 3 with both), and 36 instances involving victims who identified themselves as LGBT (lesbian, gay, bisexual, and transgender). Of the 1735 instances, 86% were female and 14% male. 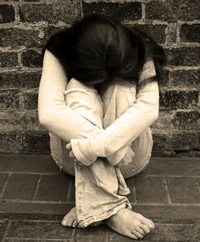 The FMU works with agencies abroad and engage embassy staff to rescue victims who may have been held captive, raped, forced into a marriage or into having an abortion.

Aisha, a survivor or forced marriage helped by the FMU, expressed her relief of being free again:

“When it happened I felt alone and lost. I had no support from my family. The day I left I felt free, like a burden had been lifted. I’d done it!”

Cameron ensured stiff action would follow this first step and announced that forced marriages would be an illegal activity in their own right. He said:

“And I am also asking the Home Secretary to consult on making forcing someone to marry an offence in its own right working closely with those who provide support to women forced into marriage to make sure that such a step would not prevent or hinder them from reporting what has happened to them.”

Forced marriages can take different forms but the principle is the same, where an individual is not really given a choice or consulted for a marriage and simply forced to marry another person they do not know personally. 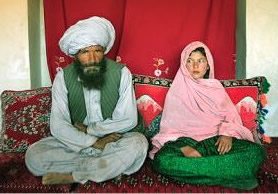 Common themes of people being forced to marry include very young girls (forced to marry much older men abroad), LGBT individuals (lesbian, gay, bisexual, and transgender) and teenagers who have become ‘too westernised’ for their family’s liking.

In the case of LGBT individuals, a forced marriage is conducted without the valid consent of one or both people, and pressure or abuse is used. This could include both physical pressure when someone threatens to or actually does hurt the person or emotional pressure, for example, when someone tries to make the person feel that their sexuality brings shame on their family.

In other cases, individuals may be taken abroad without knowing that they are to be married. When they arrive in the country their passports may be taken by their family to try and stop them returning home.

There are divisions on how effective people think the law change will be. Some feel it will introduce a lot of fear in potential victims to come forward because they are trapped by blackmail within the family. Others think the criminalisation of this activity will definitely send a strong message to the perpetrators.

Forced marriage is an abuse of human rights and a form of domestic violence and sometimes it can also be classed as child abuse. So, the quicker tougher laws are in place to tackle this problem the better it will be for those suffering from this infringement of their rights where they do not want to marry against their will.

Prem has a rich interest in social sciences and culture. He enjoys reading and writing about issues affecting his and future generations. His motto is 'Television is chewing gum for the eyes' by Frank Lloyd Wright.
The Asian Awards 2011
Are Freshies a problem for the UK?