Forced marriages and honour abuse amongst younger British Asians in one the increase. Signs of this activity are not easily detected. Karma Nirvana, a charity fighting against this crime, is taking the road to tour the UK to raise awareness.

The problem of forced marriages in the UK still exists and is prevalent amongst the South Asian communities residing in the UK. An initiative by the Karma Nirvana charity based in Derby, wants to expose the dangers of forced marriages and will do this by conducting a roadshow around the UK to increase awareness.

Karma Nirvana, the Honour Network, was founded in 1993 by Jasvinder Sanghera, who herself is a survivor of forced marriage and honour based abuse. She established the project initially with a view to create a support network for women who experienced language and cultural barriers. The charity has found that their victims experience rape, abduction, harassment, threats to kill and many more crimes. 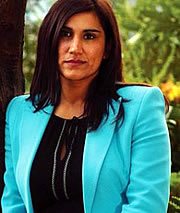 Jasvinder is also the author of her biography ‘Shame’ followed by ‘Daughters of Shame’ which are two books highlighting the plight of women experiencing abuse and forced marriage.

Karma Nirvana has seen an increase in calls from callers experiencing forced marriage and honour threats. For example, in June 2009, they got over 700 calls, which exceeded their monthly average. One in 10 callers contacting the Karma Nirvana Helpline are under age of 16. This shows that the problem affects more and more young people within certain facets of the British Asian communities.

Two survivors who had support from Karma Nrivana give their accounts of their experiences:

“It was a relief to know that I wasn’t the only one going through the situation. What has kept me going was that I knew that there are people out there who want to help me and people who care for me.” Rehana, female survivor of a forced marriage.

“As a man, I didn’t know where to turn to..I felt it wasn’t macho for me to come forward. Now I know there are many men in similar situations and I am trying to use my experience to help them..” Imran, male survivor of a forced marriage. 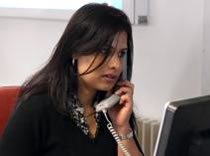 The UK government’s Forced Marriage Unit is involved in about 300 cases of forced marriage every year with more than 40% of them being under the age of 16. The youngest case is a 9 year old and the Forced Marriage Act is increasingly being used to support children.

In 2008, the Home Affairs Select Committee produced a report which found more than 2,000 students went missing from school registers in that year, with a large proportion of those thought to have been forced into a marriage.

Despite thousands at risk, the report also highlighted a national reluctance from Education and others responsible for safeguarding children to engage on this issue. Many of the real life survivors say they became invisible to the system. When they went missing they did not get the same response as other children. An issue that needs the attention of professionals. Therefore, the roadshows are aimed at professionals as well.

“We cannot continue to respond to these issues as ‘cultural’ therefore not our problem. This is a hidden Child Protection Issue that needs to be rooted out and our aim is to give Professionals the confidence to respond.” 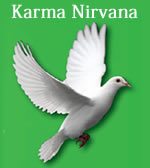 The roadshow will be the first of its kind in the UK. It is aimed at educating people, especially South Asian youth, about how forced marriages take place and how to get support and help if they are a potential victim. They will be open to questions and answers to empower professionals who often fear being called a ‘racist’ that gives strength to perpetrators. The goal is to share our work, equip all and to work in partnership to give this form of abuse the title it deserves, a heinous crime.

Each roadshow will be about 2 hours and will include victims telling their stories and experiences. The charity has found that school holidays in the Summer are a target time for forced marriages and the idea of the roadshows is to equip young people with information on forced marriages pro-actively and who they can contact confidentially.

Here is a list of dates and locations for the Karma Nirvana roadshows in 2010:

To register for one of the roadshow events above, click here: Karma Nirvana roadshow registration.

The roadshows are a step forward in the right direction to expose the problems of forced marriage. Every child has the right to an education but in this case they are being robbed of this and their childhood. So, here is one way of attacking the problem head on.

If you want more information on Karma Nirvana, visit:  www.karmanirvana.org.uk. You can also contact their Honour Network Helpline on 0800 5999 247 where you can speak to someone in confidence.

Nazhat is an ambitious 'Desi' woman with interests in news and lifestyle. As a writer with a determined journalistic flair, she firmly believes in the motto "an investment in knowledge pays the best interest," by Benjamin Franklin.
Walking backwards for BBC Asian Network
English test for UK Immigrant marriages