Love marriages are increasing in popularity amongst British Asian and South Asian communities. But are they better than arranged marriages?

The character of arranged marriages is changing dramatically

Are arranged marriages losing their appeal to love marriages?

Or is arranged marriage, which is one of the most historic practices of Desi culture and tradition, still as strong as it was?

This subject has been the central focus of many marital discussions amongst desi folk and beyond. Be it in the UK, USA, India, Pakistan, Bangladesh, Sri Lanka or any other related country for that matter.

Trends and changes in the structure and fabric of Desi life have had an impact on the foundations of uniting two people for marriage.

The middle person or matchmaker (known as the ‘vichola’ or ‘vicholan’ in Punjabi), who was once responsible for uniting couples by ‘matching up’ families based on similar criteria, is today actively being replaced by new methods for prospective couples to meet.

Examples include a huge increase in Desi online marital and dating sites, apps and the increase of speed dating events – catering for specific types of singles including filtering by religion, backgrounds and professions.

With more and more Desi people getting married later in life due to professions, independence and choice, the dilemma of finding someone suitable is becoming a bigger challenge than ever before. 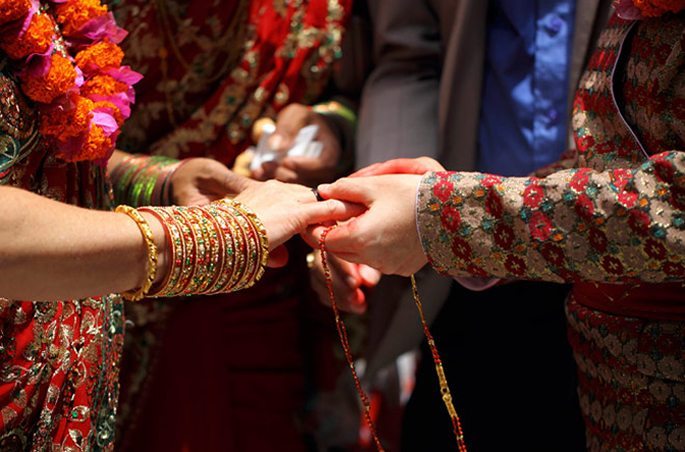 The character of arranged marriages is changing dramatically.

From one where the couple never saw each other until the wedding day, to the more eased approach of families allowing the two prospects to date and get to know each other for a period until they decide.

In some cases, it is now just an introduction by the families and then the couple decides when they are ready or not. So, one person can say ‘no’ openly with no comeback.

The types of questions being asked and even if looks matter in an arranged marriage are all attributes of change in this method of marrying.

In orthodox, rural and highly cultured parts of Desi society, arranged marriages have been part of traditional families like any other way of life, and are likely not to disappear despite the ‘modernisation’ of Desi people living in cities and metros.

Additionally, the traditions with such marriages of dowries, strong family commitments, honour, inter-family introductions and connections etc. still all play a major role too.

Arranged marriages can offer the guarantee that you are marrying someone from your faith, caste and creed.

Therefore, families seldom object to this way, especially, if they have majority input into the process.

Many singles from such families simply accept the ‘way’ of the family with no questions asked. Men and women abide by what their parents prefer as a match.

The trust in an arranged marriage is still strong for many as it is not just about the marriage of two people, it is also the union of two families and relatives.

The support network for arranged marriages can be seen by some as the reason to choose this way of finding a partner. Even if they are using a matrimonial website.

There are also those that experience love and sexual relationships but know that they will still have an arranged marriage.

“I always knew I was going to have an arranged marriage. While I was studying I could have easily had relationships with guys I knew well.

“But what was the point? If I knew I could not get serious or committed.

“I am happily married now and my husband from an arranged marriage is someone I could’ve never found myself.”

Some question if you can fall in love in an arranged marriage. This simple answer is yes. When it happens can vary and for some, one partner may love the other more or not.

“After university, I was focused on my career. I did not have any time for relationships or to find someone.

“I left the finding to my family and all I can say is they did a great job to find my wonderful wife!

“We have two great kids and she is someone I do love dearly.” 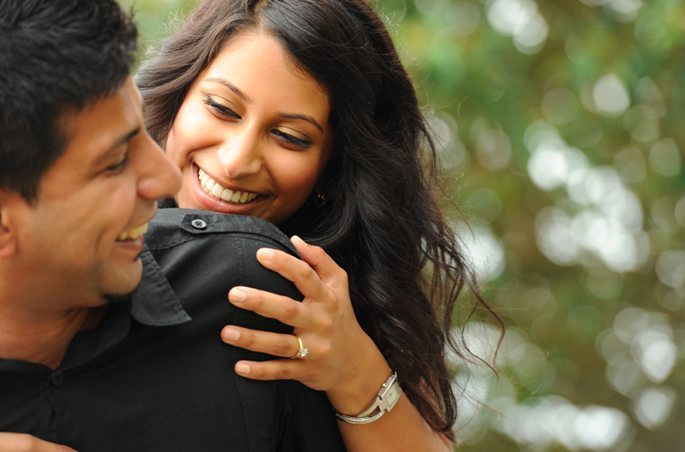 On the flip side, the change in Desi lifestyles is becoming more accepting of love marriages than perhaps a 50 years ago, where such activity was not easily accepted at all by families but did happen more sparingly.

Love marriage naturally provides a couple with the freedom to choose their partner, date and enter a relationship for whatever period they are happy with.

Then, if they are both happy, they can involve the families when they feel comfortable to do so.

Couples are exploring living-in (moving in together) relationships as a precursor to a love marriage.

However, the latter part always can have an impact on the outcome of the relationship ending up in marriage or not.

Many couples find that when families get involved everything changes and can cause many problems for the two people concerned.

Some find that after a love marriage, problems can develop such as differences in religion, caste or background playing a stigmatic role within the family.

For example, if the girl is from different to the boy in any such way, she may experience after her marriage she is not ‘completely’ accepted.

“I met my husband when we were studying. He then worked not far from me.

“We fell in love and wanted to marry despite knowing we were different castes.

“When we both told our families everything became very complicated. Because he was ‘lower’ than me, my family were not accepting.

“His family were not happy having a daughter-in-law who was of a different caste. Period.

“It took us two years to convince both sides. Today, we feel they may still have minor jibes at but we are happy, which is what matters.”

Religion and race also have a huge impact on love marriages.

In some cases, one religion may be seen as the leader in the relationship and one partner converts to adopt the lifestyle of the other partner.

In other cases, partners respect each other’s religion and do not see the need to change.

In terms of race, the differences are related to culture.

The marrying of two cultures in this way usually means that one partner will adopt more or less of the other partner’s culture.

“I decided that I did not want to marry a woman from my community. So, I married a British white woman.

“This did not go down well with the parents and extended family. Her family were fine with it.

“It was me who was marrying her not my family. I was happy and so was she

“We have three kids and now the grandparents do adore them!”

This can happen vice-versa too, where many British white women are seen wearing traditional Desi clothes or religious attire thus, adopting the culture of the male partner.

With divorce rates rising within the Desi communities, many Desi men and women who had arranged marriages will opt for love marriage next time around.

This perhaps fills the void not addressed by their arranged marriage previously.

Particularly, the one of non-pressured choice and not necessarily have to find someone that ticks all the boxes for the family to approve.

Or is it that love marriages will eventually be the new way of uniting Desi people, who are harnessing more and more Western values whether they living in the West or East?

Because it is evident that one way does not seem to work for all concerned anymore, as Desi society evolves to meet the needs of individuals compared to families in the past.

Nazhat is an ambitious 'Desi' woman with interests in news and lifestyle. As a writer with a determined journalistic flair, she firmly believes in the motto "an investment in knowledge pays the best interest," by Benjamin Franklin.
Faujis – the illegal immigrants
Coronation Street gets Dharker