Netflix has announced that it will invest $420 million in India in 2020. The question is why is the streaming service investing so much money?

"We're just getting started in India."

Netflix strengthened its position in India but it is now looking to invest $420 million over the course of 2020 to create content for the country.

The company continues to rely on India where it competes with more than three dozen rivals, including Disney.

“This year and next year, we plan to spend about Rs 3,000 crores developing and licensing content and you will start to see a lot of stuff hit the screens.

“We are only getting started here and the centrepiece of our story is content.”

There are nearly 100 employees at Netflix’s Mumbai office, across marketing and support teams, and another 1,000 developing content in various capacities.

The announcement has attracted attention, with industry experts stating that no streaming service in India is spending anything close to that figure on just content.

In India, the platform has announced around 24 feature films and 16 web series.

There is also licenced content that it is partnered with. This includes Karan Johar’s Dharmatic Entertainment and Shahrukh Khan’s Red Chillies Entertainment.

Hastings spoke about some of Netflix’s most successful Indian shows. He said:

“Delhi Crime and Sacred Games have been two of our biggest successes here so people love big drama, those kinds of shows.” 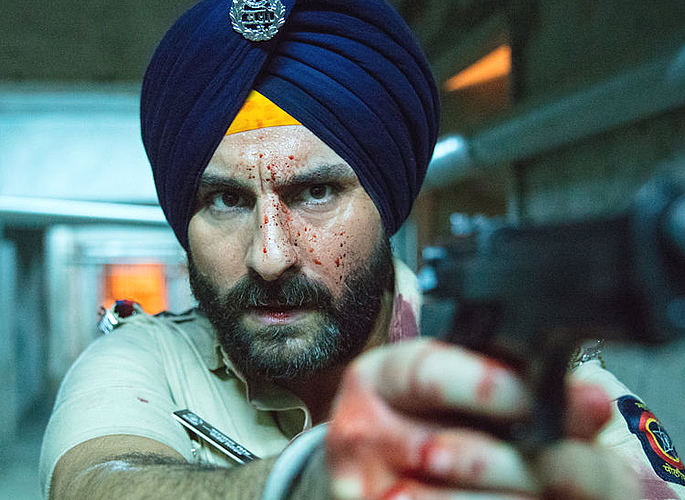 Netflix has over 158 million subscribers globally but it has never shared the number of subscribers it has in India.

But the company has posted revenue of $65 million and profit of about $720,000 for its India business.

On the Indian subscribers, Hastings said: “We’re just getting started in India.”

He went on to talk about the types of content that Indian subscribers watch.

“The great thing about on-demand services like Netflix, or Hotstar, or Amazon, is you choose what you watch.

“So people watch a mix, it’s all over the board, some people watch Friends from 25 years ago and others watch Beasts of No Nation.

“It’s an incredible variety, that’s really what the Internet is all about and frankly it brings us back to the book.”

“People say that Netflix invented binge-viewing but the truth is that the original binge-viewer was the novel and you got to stay up late at night and read it, take it on holiday and it was personal and you have great choice of thousands of great books.

“Then there was this era of linear TV and now with the Internet, coming back to this more personal market like books are.” 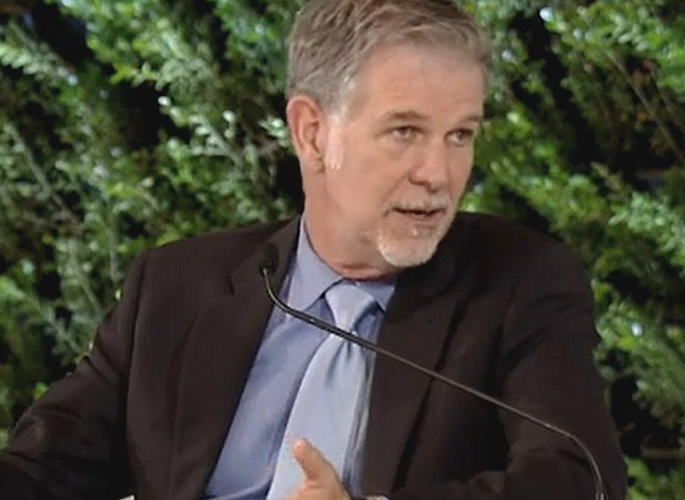 India has become one of the great growth markets for global technology and entertainment firms. Approximately 50% of the 1.3 billion population is online and its on-demand video market is set to grow to $5 billion in the next four years.

Most services in India make most of their revenue from ads, which is why the number of Internet users paying for a subscription service remains low.

To increase its reach, Netflix announced a new monthly price tier that lets users in India to watch the streaming service in standard quality on a mobile device.

One of Netflix’s main competitors in India is Disney’s Hotstar, which streams live TV channels, sports events and films, many from global networks such as HBO and Showtime.

Hastings commented on the competition, saying that the next five to ten years will be “the golden age of television” as “unbelievable and unrivaled levels of investment” go into producing content.

He added: “They are all investing here in India.

“We are seeing more content made than ever before. It’s a great export.”

However, he did say that the content will comply with every culture they operate in. This comes after shows like Leila (2017) garnered controversy for it’s “radical” plot.

Hastings said “We will comply with local laws and regulations in whichever culture we operate in. Self-regulation seems like a pragmatic middle ground.”

Dhiren is a journalism graduate with a passion for gaming, watching films and sports. He also enjoys cooking from time to time. His motto is to “Live life one day at a time.”
Luxury Yachts owned by Indian Business Tycoons
Can Ex-Google Exec Tania Aidrus build a ‘Digital Pakistan’?