New Year’s Eve was different in India as some people in the country started 2020 with celebrations, while others carried out CAA protests.

"My best wishes to everyone on this occasion."

Celebrations and CAA protests were the two factors, which kicked off 2020 in India.

There were celebrations across the country to ring in the new year and new decade. However, they were more muted than in previous years.

Hotels and restaurants reported that most people preferred to celebrate at home with their families. This was partly due to high volumes of traffic.

But for those who went out to celebrate, there were dazzling firework displays in major cities like Bengaluru and Mumbai.

One of the most popular places that hosted a New Year’s celebration was at the Gateway of India.

Traffic officers had set out measures to ensure smooth regulation of traffic.

The monument was illuminated with colourful LED lights, while families danced in front of it to mark the new year. 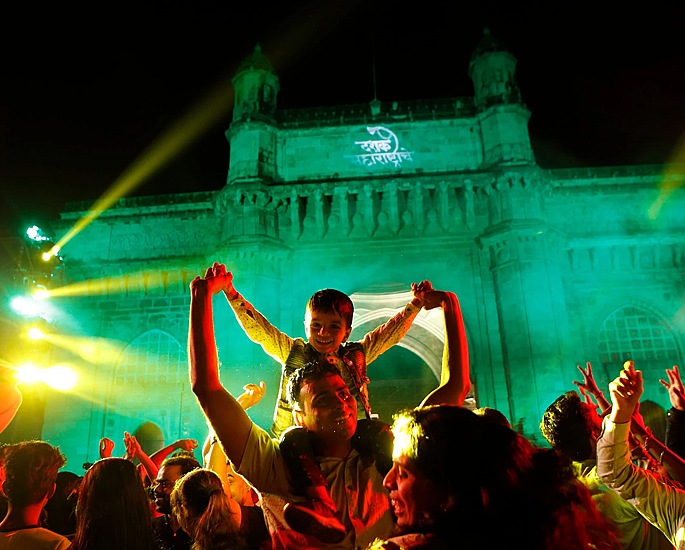 Many locals and tourists partied in front of the Mumbai landmark until 5 am so that they could witness the first sunrise of 2020.

Ruchika, a resident of Mumbai, said: “Watching the first sunrise of 2020 was a mystic experience. My best wishes to everyone on this occasion.”

However, with the celebrations also came CAA protests. Many took to the streets to carry out fresh protests in order to fight against the citizenship law, which has been deemed controversial.

Protests have gone on in the country since December 11, 2019, when the government passed the Citizenship Amendment Act (CAA).

It provides citizenship to non-Muslim minorities escaping persecution in Pakistan, Bangladesh and Afghanistan.

But the fact that it does not include Muslims led to widespread protests, both peaceful and violent.

Protests across the country had been organised for New Year’s Eve. Street parties were held where citizens held up signs saying. “no CAA, no NRC, no NPR.” 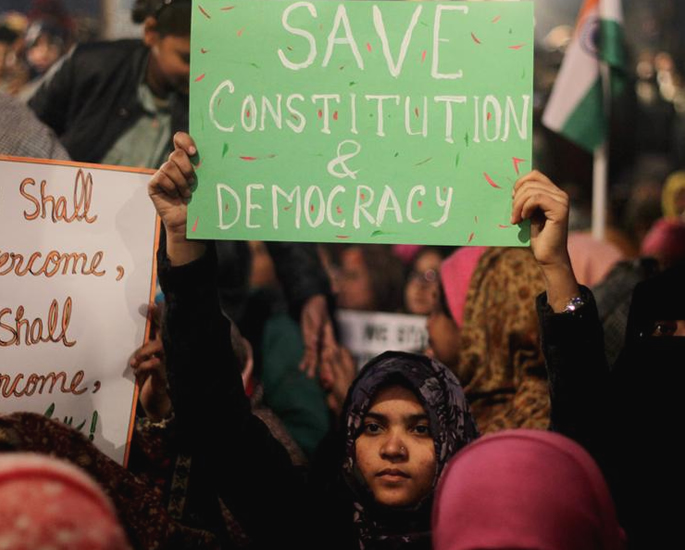 Activists took to social media requesting people to join them at midnight. There were plans to have comedy sessions, music, poetry and readings of India’s secular constitution at the gatherings.

Prior to New Year’s Eve, protest organisers asked people to bring candles and to “shake a leg on the songs of freedom” and “relish the rich taste of justice.”

Protests marked the new year in Chennai and Kolkata, but one of the biggest protests took place in New Delhi, where at least three demonstrations were held.

Thousands of people took to the streets, despite the cold weather, which was due to the high pollution, to protest against the ‘Anti-Muslim’ law, even though Prime Minister Narendra Modi has made numerous attempts to dampen demonstrations.

People of all ages took part in the protest to mark the beginning of 2020 with revolutionary zest.

Families had gathered in the city, some with children as young as one-year-old.

Irshad Alam, a resident of the Delhi neighbourhood of Shaheen Bagh, explained:

“It’s freezing here. But we are still here because we care about this movement.”

Protestors in Shaheen Bagh sung the national anthem chanted slogans and enjoyed food to ring in the new year.

Police have previously taken action against protestors but Maqsood Alam said that they are not scared of a police crackdown.

He said: “We’ve been expecting that every day. But I’ll tell you one thing, this crowd here is not afraid of the government.

“They are ready to give their lives for this movement. We won’t leave here until the government takes back the law.”

Protestors recited poetry and sung patriotic songs throughout the night until the early hours of the morning.

Ever since the law was passed, many citizens have felt that it poses complications to the citizenship status of Indian Muslims.

While the new year tends to be an event for resolution, for many in India, it was a night of revolution.