India passed it’s Citizen Amendment Act on December 11, 2019. The Bill has led to stars from the world of Bollywood giving their reaction.

"Everyone knows that the CAB is against Muslims."

The world of Bollywood has reacted to India’s passing of the Citizen Amendment Act and what it has led to.

It was passed on December 11, 2019, and it will provide citizenship to non-Muslim religious minorities escaping persecution in Pakistan, Bangladesh and Afghanistan.

The act was the first time religion had been used as a criterion for citizenship under Indian law.

However, the Citizen Amendment Act has been marred by controversy as it does not include Muslims.

This has led to violent protests on the streets. Some have said it is anti-Muslim, while others have said it will lead to large-scale migration.

Protestors, many of them students, clashed with police on December 15, 2019, in Delhi and it resulted in at least fifty people being hospitalised.

The United Nations Human Rights office voiced their concern at the bill, calling it discriminatory.

However, the BJP government have said that it aims to accommodate those who have fled persecution.

The party have said that Muslims are not covered by the law because they are not religious minorities in Pakistan, Bangladesh and Afghanistan. Therefore, they do not need India’s protection.

Allegations of police brutality have also emerged. In one case, a young man was dragged out of a house and beaten while women tried to protect him by forming a human shield.

Ladeeda Farzana told the BBC: “We just wanted to protect our friend.”

“It is not about us, it is about the bill that will come.

Ladeeda added: “Everyone knows that the CAB is against Muslims.” 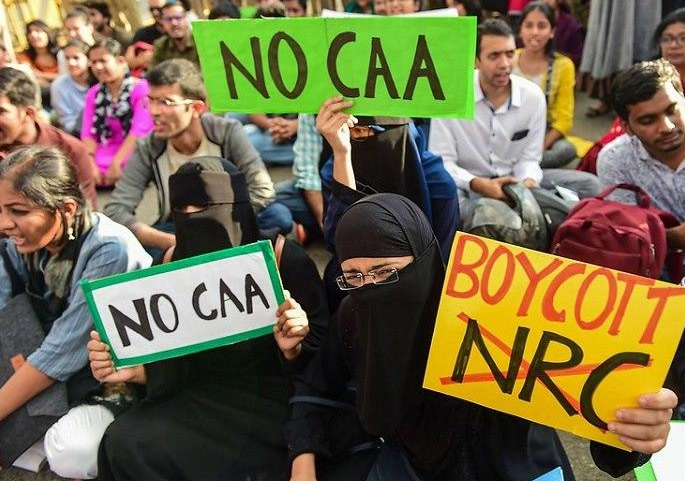 The controversy surrounding the Citizen Amendment Bill (CAB) has led to numerous Bollywood stars voicing their opinions on the overall situation.

Actress Dia Mirza called for unity in the country, tweeting:

“My mother is a Hindu, my biological father was a Christian, my adopted father – a Muslim.

“In all official documents, my religion status stays blank. Does religion determine I am an Indian? It never did and I hope it never does. #OneIndia.”

My mother is a Hindu, my biological father was a Christian, my adopted father – a Muslim. In all official documents, my religion status stays blank. Does religion determine I am an Indian? It never did and I hope it never does. #OneIndia #India

Gangs of Wasseypur (2012) director Anurag Kashyap called the situation an “emergency” and included a police tweet, warning for people not to participate in the protests.

The tweet also requested parents to convince their children not to get involved.

He previously slammed the police brutality as well as the new law, calling the government “fascist.” Kashyap also stated that there are people who can resolve the unrest but are choosing to stay silent.

This has gone too far.. can’t stay silent any longer . This government is clearly fascist .. and it makes me angry to see voices that can actually make a difference stay quiet ..

Actor Mohammed Zeeshan Ayyub also gave his reaction to the protests, stating that while it is an important day, people should voice their opinions peacefully.

Bhaag Milkha Bhaag (2013) star Farhan Akhtar did not just voice his opinion about the Citizen Amendment Act, he took part in protests in Mumbai.

The Bollywood actor said that it is a democratic right for every citizen to raise their voice. He said:

“To raise your voice against something is an absolute democratic right.”

“People are raising their voices and I am of the view that there seems to be a certain amount of discrimination in what is being planned and what is happening.

“As somebody who has been born and who has grown up with a certain idea of what India is all about, it is important for me to raise my voice.”

Following his protests, Senior IPS Officer Sandeep Mittal pointed out that Farhan had broken the law.

Kangana Ranaut, who regularly voices her opinions on controversial topics, gave her thoughts on the new law. 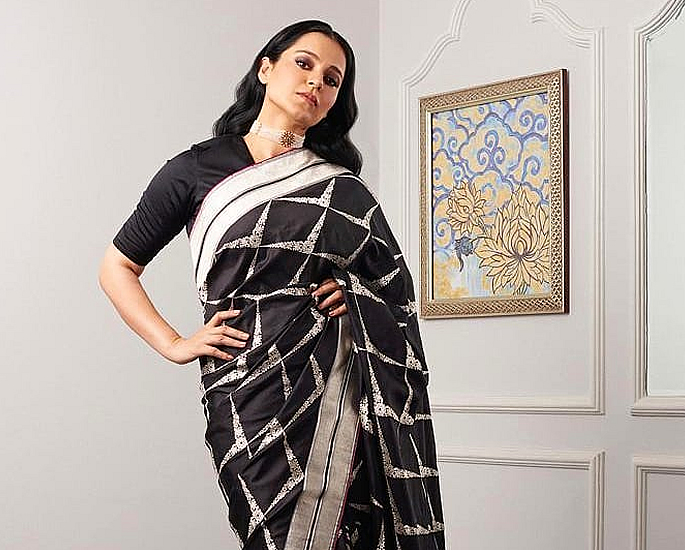 While other stars slammed the law for being discriminatory, Kangana criticised her fellow colleagues, calling them “cowards” for not speaking up. She said:

“The actors should be ashamed of themselves. I have no illusions about the fact that Bollywood is full of cowards who are full of themselves.

“All they do is just look into the mirror 20 times a day and when they’re asked they say we have electricity and we have access to everything, we are privileged, why should we be bothered about the country.

“Some of them even brag about it, that we are artists, we should not be concerned about the nation, they should be dragged for this and that is why I have come out in the open to question them.

“Some of them are just hiding behind their comfort zone and thinking that all they are above the nation, they’re above the people.”

When asked if they fear politicians, Kangana further went in on the celebrities.

“No, they live under the fear of everything. They are the most scared human beings I’ve ever seen.”

The likes of Priyanka Chopra and Sidharth Malhotra sided with those who were subjected to police brutality during the protests.

However, the violent protests have been a dark outcome to the passing of the bill for some. Hrithik Roshan prayed for peace to return following the “saddening” nature of unrest.

As a parent and a citizen of india , I am deeply saddened by the unrest across various educational institutions of our country. I hope and pray for peace to return as soon as possible. Great teachers learn from their students. I salute the worlds youngest democracy.

Vicky Kaushal was another star who called out the violence. He said that opinions should be voiced peacefully and went on to say that the violence is having a negative effect on everyone.

It is clear that the Citizen Amendment Act has caused a lot of controversies, leading to contrasting opinions by Bollywood stars.

While some have criticised the action that the police have taken, others are saddened by the number of violent protests.

Many have urged those to carry out peaceful protests but with many happening all over the country, it may prove difficult to stop.

While the government’s intention is not to be discriminatory, there is certainly anti-Muslim interpretations, which have not sat well with a lot of people.

Citizens will just have to wait and see how Indian society will pan out in the coming months.