Copyright Amendment Bill has been passed by India’s upper house of parliament bringing cheer to music directors and lyricists who will now have a share of the profits earned from their work. This is a hallmark moment for India’s creative industry.

Thursday 17th May 2012 was a victorious and historic day for Indian music composers, directors, musicians, lyric writers and all other copyright holders involved with Indian music.

The Rajya Sabha (Council of States) which is the upper house of the Parliament of India, passed the much talked about bill amending Copyright laws in India. The Bill got passed with support from RS member Jaya Bachchan, BJP’s Arun Jaitley, Congress’s Kapil Sibal and Left members.

Amongst many of the copyright issues addressed by the Bill; for music and lyrics, the bill basically addresses the unfairness of royalty splits in the past between the authors and the music/film companies and their producers.

The new Bill now specifies that the authors of underlying works and those they assign the works to are each entitled to an equal share of the royalties received for the out-film use of those works. This addresses the ambiguities in the 2010 version of the Bill. Specifically, an analogous provision has been made in respect of sound recordings. 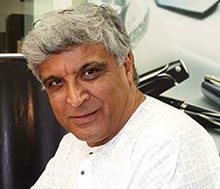 Well established Bollywood lyricist-writer Javed Akhtar had been fighting for the rights of writers, lyricists, singers and composers so that they got a fair share of royalties revenue from music companies and production houses. He is very happy with the passing of the Bill.

“Now our creations will be non-assignable. We will sell the rights. Right now, we sell our compositions to the production house and they re-sell it to music companies, cellphone companies as ring tones, ads and use it wherever they can. In return, we, the creators of that song, music, tune, we don’t get anything,” Javed explained.

“But now, hopefully, those rights will lie with us. Now our words, songs, stories, tunes, will be ours and ours only in the legal terms”

Whilst the joy of the bill has given all the authors a major boost for their hard work and rights, the music companies are not happy with the amendments made to the Bill.

Many of the music companies strongly feel that they have been overlooked by the amendments made in terms of royalties and statutory licensing.

“The amendment in the copyright act could have been a welcome step if the filmmaker’s representations were heard. It seems obvious here that most of the arguments of filmmakers have not been considered and dealt with,” said Neeraj Kalyan, President of T-Series. 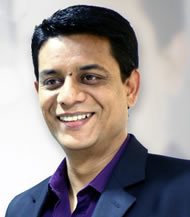 “The filmmakers have not objected to the rightful share of the authors at all. We are in fact, committed to work out a win-win model for the authors, ensuring that their work is protected and monetized so that the authors receive royalties during the entire life span of the rights but it is extremely unfortunate that with the process followed for amending of the existing copyright bill, the film producers are feeling marginalised,” added Mr Kalyan.

A key complaint regarding the amendments to the Bill by the music companies is related in Section 31D. This covers statutory licensing for broadcasting of literary works, musical works and sound recordings. This amendment restricts revenues for filmmakers and authors by imposing Statutory Licensing to the broadcasting sector. This the companies feel is very unfair.

Reacting to this change Neeraj Kalyan said, “This regulation imposed in the amendment bill will take away the freedom of the content owner’s to trade. It means that the content owners will have no option then to license music rights to the broadcasters.”

Meaning that statutory licensing which was once limited to Government own broadcasting networks, specifically AIR and Doordarshan, will now apply to private networks too.

With most of the broadcasting sector in India owned, managed and controlled by large media conglomerates looking at increasing their profits, Kalyan said: “The broadcasters may therefore exploit the provisions of this new section 31D to avoid freely negotiated voluntary license arrangements thereby causing unprecedented losses to the Film & Music industry, whereas the same broadcasters are free to charge advertising rates at their own will depending upon their TRP/RAM ratings” 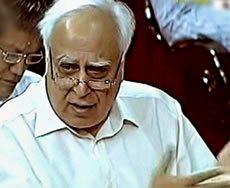 Not happy with this move by the Indian Government, Kalyan further added, “Though the Government has made amendments to the copyright act on the pretext of the laws prevailing in other countries, however, as far we are aware that the statutory licensing regime is not applicable in any other country and thus why only Indian Govt. is so keen on this draconian provision which will take away our right to negotiate a fair license fee for our copyrighted works.”

Meanwhile the International Federation of the Phonographic Industry (IFPI) which represents the recording industry worldwide, with over 1400 members from 66 countries also seems unhappy with amendments made in Section 31D relating to statutory licensing. 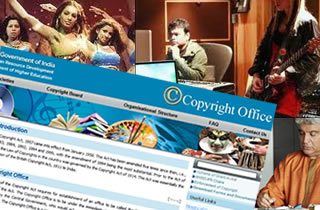 An official press release sent by the IFPI included the following reaction: “We have grave concerns regarding the proposal for a compulsory license for broadcasters (Section 31D of the proposed amendments to India’s copyright law). This proposal is unprecedented, and conflicts with the exclusive rights granted to creators in India. It could also find India in breach of its international obligations, as it represents an overly broad limitation on exclusive rights.”

It goes on to say: “India should avoid such a change in its law. We urge that Section 31D be deleted and that the nature of existing broadcasting rights granted to record producers and other creators is maintained.”

Reaction to the passing of the Bill were witnessed on Twitter. Including tweets from:

Sulaiman Merchat: “A historic day in the history of Indian music. The copyright amendment bill of 2010 is passed today. Granting unassignable right to royalty”

Despite the Section 31D issue, the passing of the amended Copyright Bill will now hopefully pave the way for receipt of much needed royalties, especially for for musicians, lyricists, composers, writers and all the creative contributors who support one of the biggest and richest creative industries in the world of music, dance and film.

Jas likes to keep in touch with the world of music and entertainment by writing about it. He does like hitting the gym too. His motto is 'The difference between the impossible and the possible lies in a person's determination.'
‘Saarey Dillo’ unites Pioneers of Bhangra
Sad loss of Kuly Ral of RDB