Infringing copyright can take many forms.

According to copyrighted.com, their definition of copyright infringement is as follows.

‘Copyright infringement pertains to the violation of someone’s intellectual property (IP). It is another term for piracy or the theft of someone’s original creation, especially if the one who stole recoups the benefits and not the creator of the material.’

Therefore, one way of infringing copyright is using a well-known brand name and resembling it in a very close manner.

This what Mandeep Singh Chatha and Jel Singh Nagra have done with their convenience stores Singhs’bury and Morrisinghs, respectively.

The business owner decided to take Sainsbury’s, the name of the UK supermarket giant, and merge it with his own name.

He and his wife Hardeep opened the shop and it bears a striking resemblance to Sainsbury’s.

They had the name registered at Companies House and it seemed that there were no questions asked about the name similarities.

People have been loving the resemblance so much that they have been stopped to take pictures outside. Even police officers have found the coincidence amusing.

Mandeep said that the logo was a talking point for visitors.

He said: “My name is Singh and it is on Bushbury Road. That’s where the name has come from. It’s just a coincidence.” 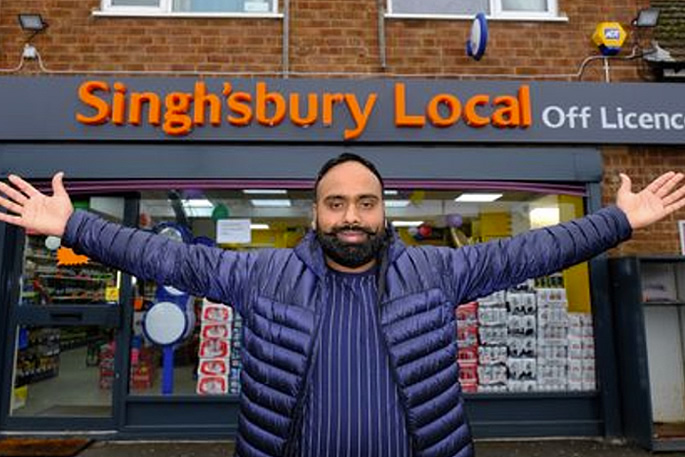 While Mr Chatha’s business is popular among the locals, the question arises of copyright infringement and there is the possibility that Sainsbury’s will threaten legal action for breaching copyright.

Although the name is different, the orange sign and text font is similar to that of the supermarket brand and Mr Chatha intended for the resemblance when coming up with the business.

Sainsbury’s have not spoken about the matter, however, Jel Singh Nagra another fellow shop businessman has commented on Mr Chatha’s new venture.

He himself created a Singhsbury’s store at his spot in West Allotment, North Tyneside.

Mr Nagra managed to get away with Singhsburys for six years. He now has some advice for Mandeep should Sainsbury’s decide to take legal action against him. 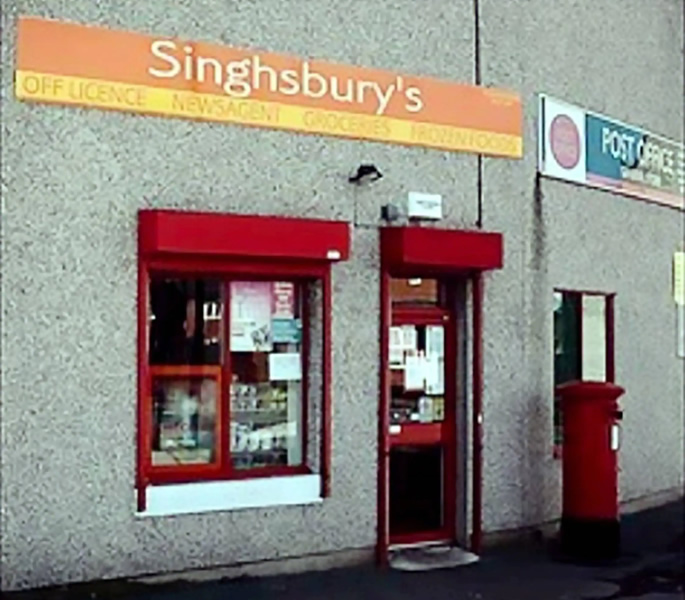 “And take plenty of photos while the sign’s still up because they will be coming for him.

“We didn’t spend that much on our sign because we knew one day it was going to come to a head, but he’s spent a lot of money on that sign.

“I don’t think that excuse that his name is Singh and the shop’s on Bushbury Road is going to cut it.

“He’s either going to have to have a lot of money to fight it or he’ll have to back down. I do wish him well though.”

However, in 2012, Sainsbury’s told him to take the sign down after accusing him of copyright infringement.

Mr Nagra then decided to take inspiration from yet another supermarket brand to continue with his ‘pun-named’ ventures. He renamed his shop Morrisinghs.

Despite the name, in this instance, Morrisons did not say he was infringing copyright. Instead, they liked the idea, congratulating Mr Nagra and his customers on their “good taste”.

Irrespective of the risk of infringing copyright in this way, this has not stopped even other business owners from creating copycat businesses.

The popularity of using Sainsbury’s as part of the store name when it comes to adding ‘Singh’ does not stop with Mr Chatha and Mr Nagra. There are a few other stores in the UK using the same ploy. 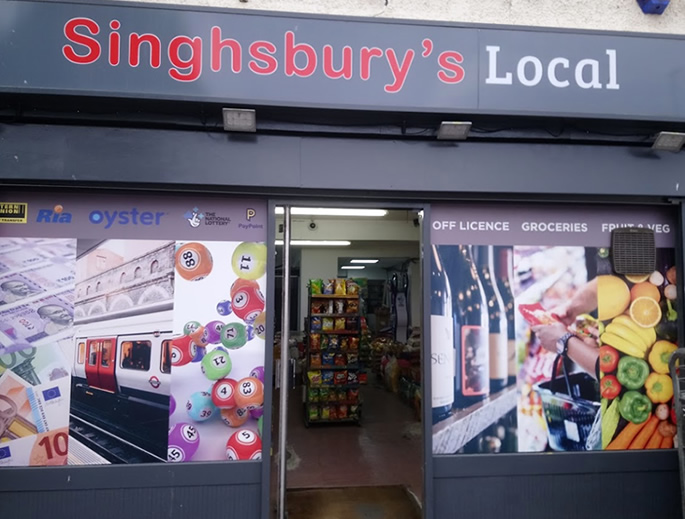 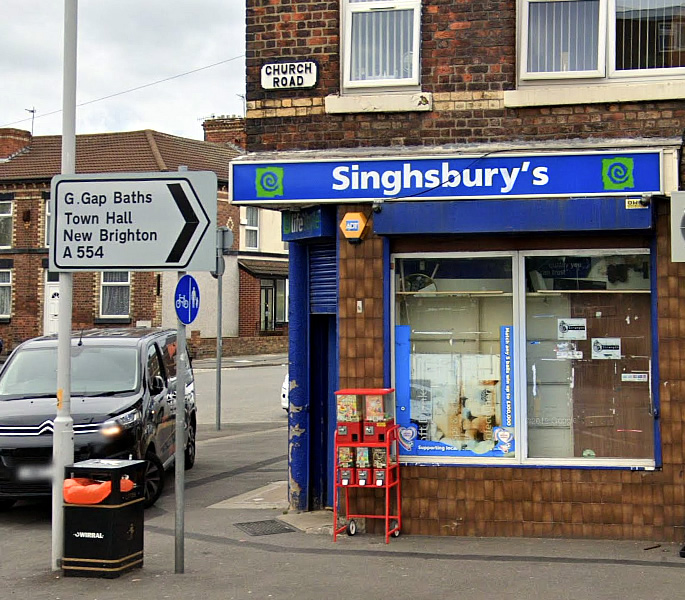 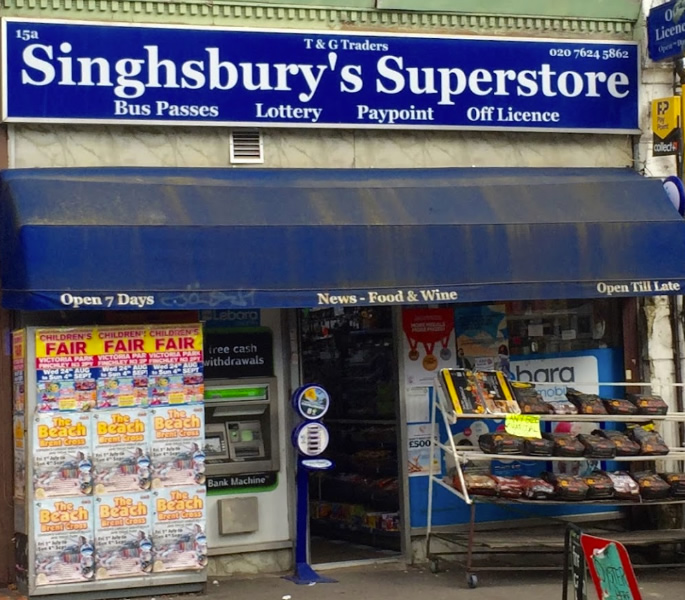 There is no denying that these businesses attract attention but the number of business owners using the name of well-known brands still do pose a legal risk to themselves.

Despite the potential risk, they were allowed to set up businesses using the copycat format.

Although there are a number of Singhsburys in the UK, Mr Nagra firmly believes his shop was the first.

“I think we were the first, I hadn’t heard of one before ours.” 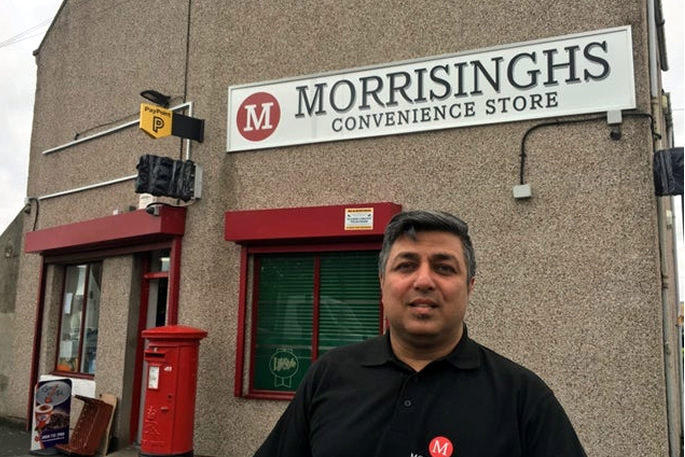 He went on to say that Mr Chatha’s shop became popular due to the similar sign.

“But they’re all over now. I think this one’s gone viral because of the orange sign and the font.

“We did it a bit tongue in cheek on purpose – we knew one day they were going to come and say ‘get that down’.”

His shop made headlines when their run-in with the supermarket and solution came to light.

Mr Nagra said: “We trended fifth on Twitter at the time – it went absolutely crazy.

“It’s done us the world of good – we’re known worldwide, as far as Canada, we were voted Heroes of 2017.

“The amount of people who come to get their photos taken outside is tremendous.

“People come in for car stickers and key rings – all the money from the keyrings goes to the Great North Air Ambulance.”

He called his shop a “community hub”.

While these businesses cheekily used the brand name of supermarkets as part of the names for their local shops, it is clear that they were allowed to set-up the businesses without any questions being asked from possible banks or other legal requirements.

The publicity Singh’sbury and Morrisinghs have got from this tactic has without a doubt worked for them.

For Mr Nagra, he was even acknowledged by Morrisons for his name change and has been allowed to keep the name.

However, if or when legal proceedings start against Mr Chatha for his Singh’sbury shop, he will have to prepare to fight or lose.

As for the other stores with a similar name, it’s not clear whether they were challenged or not by Sainsbury’s.

Either way, Singh’sbury and Morrisinghs are typical examples of copycat businesses that are set out to catch our attention and are here to stay, as long as they are allowed.

Dhiren is a journalism graduate with a passion for gaming, watching films and sports. He also enjoys cooking from time to time. His motto is to “Live life one day at a time.”
Wife ‘haunted’ by Indian Husband She buried in Bedroom
Man commits Suicide after Abuse from Wife & In-Laws