The international music fraternity faced a saddening loss with the passing away of Kuly of RDB, on 22nd May 2012, in Houston, USA. The popular music group member sadly lost his battle with cancer at the young age of 35 years old.

"Such a talented guy, was behind some awesome chartbusters for many of my films"

On the morning of 22nd May 2012 Bhangra and Bollywood music lovers heard the terrible news of the sad loss of Kuly Ral, part of the original trio of the popular Brit-Asian band, RDB.

Born in June 1977, Kuly passed away at the young age of 35, in Houston, Texas, USA, whilst receiving treatment at a specialised clinic. He was diagnosed with cancer in April 2011, and had a brain tumour which meant he had to receive radio and chemotherapy. However, his battle with the illness was not to last and the musician sadly succumbed to cancer.

Kuly was an inspirational part of the band and helped lead RDB to international fame. His contribution to RDB was key for globalising Bhangra, defining their Urban British Asian sound and adding their unique and modern sound to Bollywood music. He was part of a trio that always look to take their songs and performances to the next level. 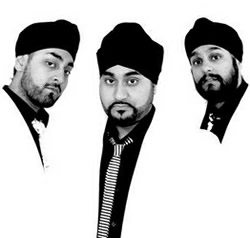 The first album called Rhythm Dhol and Bass (RDB) was first released in 2001, and since then, the trio have rocketed to become a huge music sensation for all cultures and genres. The punjabi Sikh brothers, Kuly, Manj & Surj came a long way to become leading Punjabi producers, musicians, singers and entertainers in the world.

RDB have travelled the extensively and worked with many stars around the world. Their move into producing Bollywood songs was revolutionised with the support of Bollywood actor and hero, Akshay Kumar, who many would say gave RDB their first break into the scene. 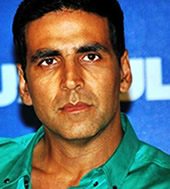 On the evening of Kuly’s death, a shocked and stunned Akshay Kumar tweeted: “Just heard about Kuly from RDB’s sudden demise. Still reeling from the shock of the news. Such a talented guy, was behind some awesome chartbusters for many of my films. My heartfelt condolences to the RDB family. RIP Kuly.”

The brothers’ musical journey began with them singing at the local gurudwara, introduced by their father to sing religious songs. “We used to assist our father in performing in front of the community at our local gurudwara, playing the harmonium and the tabla. This gave us a great understanding of our musical creativity and we mixed this with our passion for technology and started experimenting with sounds,” say RDB. 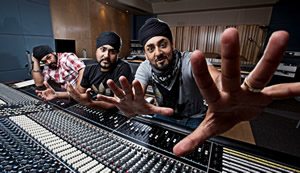 Since then, the UK trio went onto collaborate with UK artists like Metz ‘n’ Trix, DJ H, Manak-E, E=MC, Gubi Sandhu, Sahara and Indy Sagu, produce their own albums including Worldwide (2011), Three (2005) and Unstoppable (2003) and also produce compilations and unofficial releases. Kuly was a creative part of all this work and the continuous success of the band.

Their first accolade to success was winning the “Best Club DJ Bhangra” at 2003 UK Asian Music Awards. Together they sold over 100,000 CDs from their debut album Worldwide, with 50,000 CDs of their second album sold in Pakistan alone. Their third album sold out in the UK after 2 weeks.

Recent hits like Shera Di Kaum Panjabi (Speedy Singhs), Yamala Pagla Deewana (YPD) and their latest number ‘Sadi Gali’ (Tanu weds Manu) all have the RDB trademark all over them and showed that the band including Kuly were continuing to grow their successful musical career.

Kuly’s death comes in the wake of recent plans by RDB to open a studio in India. The band had earlier expressed their desire to be more involved in making music for Bollywood, which was seen as a natural progression for a band finding success in the very tough industry of Bollywood music. 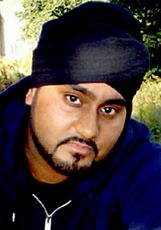 As well as being an incredible new sensation in the music industry, Kuly himself will be missed. He was a great producer, brother, and role model. Kuly’s character has been described in many ways, mainly as his person being so charismatic, fun-going and extravagant. He described himself as funny, crazy, and said he loved to party and be insane.

Social networking sites such as Twitter and Facebook have been going crazy with comments from fans sending their condolences and best wishes, expressing their shock and sadness for the loss. Kuly’s facebook page has now been opened for those who wish to pay their respects for the musician – To leave a message please visit: http://facebook.com/rdbmusic

“My heart is shattered into thousands pieces. Good lord!! My best wishes and prayers goes to his family. Kuly – you will be missed brother.”

a fan wrote paying his respects on the page. This clearly shows how heartbroken Kuly’s fans are over this shocking tragedy.

RDB and the family have requested respect for their privacy at this very difficult time and are very grateful for tremendous response and messages from all the fans and well-wishers for their continued support.

Kuly’s death is a huge blow to the Asian music industry and his contribution will never be forgotten. We from DESIblitz.com send our heartfelt condolences to RDB and their family for their sad loss, and our thoughts are with them for this extremely difficult and heartbreaking time.

Jas likes to keep in touch with the world of music and entertainment by writing about it. He does like hitting the gym too. His motto is 'The difference between the impossible and the possible lies in a person's determination.'
India’s Copyright Amendment Bill passed
L.A.M by Kamal RAJA