RDB say ‘We Doin It Big’ with Artists galore

RDB officially launched their exclusive new track – ‘We Doin It Big’ as a tribute to their late brother Kuly Ral. Bringing together the finest artists.

The Urban Bhangra music band RDB together with a number of major UK based artists have compiled a ground-breaking track, sending a positive message to all those who have achieved something in life.

The new track named ‘We Doin It Big’ is already thrilling millions of fans across the globe and is tipped to become a major hit for the year.

As a new entry into the official Asian Download Charts, the track went straight to the No. 1 position in its first week of release. The video to the track also had over one million views in one week.

The track was exclusively available for pre-release download from iTunes on 1st November 2012, before it was finally released on 10th November 2012. 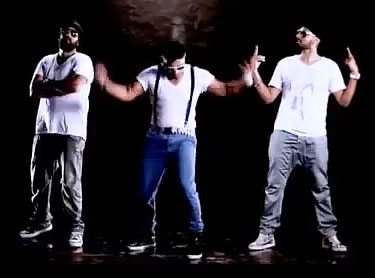 This musical production from RDB showcases a positive track full of energy, highlighting the achievements of brothers Manjeet [Manj], Surjeet [Surj] and the late Kuldeep [Kuly]. This track has taken a long time to arrive, but it was important for them to get this right for Kuly who they dearly miss.

The track is very close to the hearts of the RDB family, remembering the past and looking ahead to the future. As they always say the show must go on.

The track features 34 of the UK’s biggest artists for a collaboration never seen before. The upbeat track features popular Hip-Hop artist Smooth and the newly inducted Raftaar who has made his debut under the RDB label, three records in this single with a Punjabi Rap verse.

Creative Artist Shaz from ‘The Frame Lab’ joined forces with RDB, directing this cutting edge video for this song. Leading the way, Manj and Surj have produced ‘We Doin It Big,’ shooting the video across three continents.

Speaking about the track, Surj and Manj said:

“We Doin It Big is a positive song aimed at all those people who feel that they have accomplished something in life.” 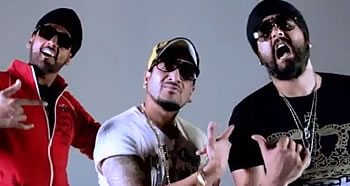 “It can be from the smallest thing to a huge achievement, but this song makes you feel larger than life…. simply put, it makes you feel BIG,” they added.

Having already shot in Chandigarh, Toronto and Birmingham, RDB along with some of the other artists scheduled a further two days to complete the music video.

Many stars participated in the musical shoot not just from England but also from Holland, including Imran Khan. The music video was shot on a Red 1 MX, which is 4 K in resolution. Many of the shots were given a black; white and silhouette look in the background.

On the first of day of the two-day finale shoot Manj said: 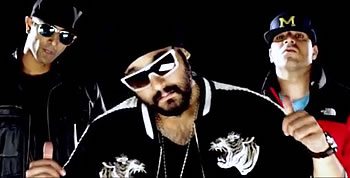 “We were actually thinking of putting a helicopter on top of a range rover car and having it in the video, but looking at the size of it, it was not really going to happen.”

However they did use a ‘Bell JetRanger’ helicopter in the shoot with a Non-Asian model acting as a pilot in one of the sequences.

Meanwhile on the sets the original MC Metz ‘n’ Trix raring to go had this to say: “We’re chilling; its great to be here, we’re doing the shoot, the boys are doing it big.”

The video is somewhat a family affair with the father of the RDB brothers also appearing in a cameo role. All the artists turn by turn appear in the video, dressed in their unique style of clothing with a few wearing items of jewellery or fashionable accessories.

One of the key shots in the video is the flicking of the coin, which is quite visible in the video.

An actress named Kim is in the video, performing as an office model. Even those who had never faced the camera before, shot for this music video. The video consists of Manj and Surj performing along with the other artists, including some rapping shots. 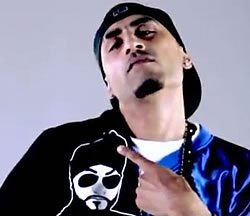 Others in the video included Jeetu the muscle man who apparently helped to bring in the cars for the shoot. Two young Punjabi kids were in shot wearing a t-shirt stating R.I.P Kuly. Bhinder Paaji, who has been affiliated with RDB for the last 15 years, also played a cameo role in the video.

Surj’s Range Rover features throughout the video in the background. Performances by Surj and Manj are followed by that of Urban Desi Network [UDN] and finally everybody coming to the party at the end.

Not forgetting the deceased [brother Kuly], and thanking the music fraternity Surj said:

“RDB won’t be without Kuly. We’re trying our best to relive Kuly’s legacy as long as we can. You know its grafting, its hard work, these guys have been there, it’s all in the name of Kuly.”

Some of the scenes described above along with artist reactions can be seen on YouTube in videos published by ‘threerecordsuk’ namely ‘We Doin’ it Big The Making of.. Part 1/2.’

Artists from within the UK and people who helped to shoot this video can be very proud of themselves for producing a track, which will mesmerise audiences worldwide.

This music video is one of the biggest collaborations in Bhangra History comprising a number of musical sensations from the Industry. The fans had been waiting a long time for this track, but are now being treated to something very special.

RDB has produced some magical numbers both internationally and in Bollywood, but this single is another ‘BIG’ achievement for the group.

‘Jithe Asi Jande, Lokhi Sanu Jande’ – In memory of Kuly Ral [1977-2012] and for everyone who has accomplished something in life, be it little or big.

Faisal has creative experience in the fusion of media and communication and research which increase awareness of global issues in post-conflict, emerging and democratic societies. His life motto is: "persevere, for success is near..."
Guinness World Record for Bhangra
Snoop Dogg to tour India in 2013