Snoop Dogg, now known as Snoop Lion, has revealed that he will be returning to India on a tour. He’ll be promoting his new ‘reincarnation’ as a Rastafarian.

Known for his appearance in Akshay Kumar’s Singh is Kingg, US Hip Hop artist and actor, Snoop Dogg is set to tour India in January 2013 for the first time.

The news has excited fans all around India. Confirmation has been received that he will be making appearances in Pune and Gurgaon as part of his tour.

Calvin Cordozar Broadus Jr. aka Snoop Dogg was discovered by Dr. Dre in 1992. After an audition with Dre, Snoop subsequently contributed to the soundtrack of the film Movie Deep Cover and then Dre’s debut album The Chronic. 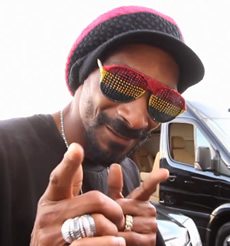 In 2008, Snoop Dogg was approached by Akshay Kumar to sing and appear in the $11 million Bollywood film, Singh is Kingg.

Vipul Shah the producer of the film said: “When Dogg was satisfied with the scale of the film, he agreed to be a part of it. The song was filmed with his sensibility and he had creative control.” 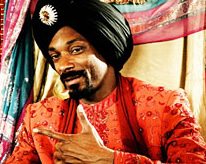 The song composed by the UK band RDB, is said to have cost $475,000 to record and film inclusive of the appearance by Snoop Dogg, who donned a turban and sherwani.

Bollywood music director and singer Bappi Lahiri, has spoken of a collaboration with Snoop Dogg for an upcoming single in English called Babaloo. Lahiri said: “I’ve just completed my ‘Ooh La La’ tour in the US. But what I am excited about is my upcoming English dance track called Babaloo, featuring Snoop Dogg.” 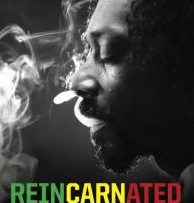 On July 31st, 2012, Dogg introduced his new name, ‘Snoop Lion’ and stated that he had been rechristened with this name by a Rastafarian priest in Jamaica. In line with this change of name, Snoop Lion released a reggae single, ‘La La La,’ from his upcoming reggae album Reincarnated. He has adopted a move towards reggae and Rastafari culture as his new persona.

Snoop is not known for a squeaky clean image and has had a number of run-ins with the law. Especially, for charges related to marijuana, drugs and guns. For example, in April, 2007 Snoop was sentenced to a three-year suspended sentence, five years’ probation, and was required to perform 800 hours of community service.

Due to his convictions, In April 2007, the Australian Department of Immigration and Citizenship banned him from entering the country. In July 2012, he was banned from entering Norway for two years in July 2012, for possession of cannabis and undeclared cash.

However, he is all set to enter India in January 2013 and has been tweeting about his tour on Twitter.

On November 27th November Snoop stated on Twitter: “Shout out. 2 my peoples in India. U ready 4 tha Lion! We comn”

On November 28th he tweeted: “They got me trendn in Mumbai right now! That’s a beautiful thing”

Additional cities are to be added to the tour once confirmed.

There is a lot of excitement amongst Snoop loving fans in India and with his connection with Bollywood, it will be likely that his trip will result in frenzied fans at every venue and celebrities at his concerts.

Jas likes to keep in touch with the world of music and entertainment by writing about it. He does like hitting the gym too. His motto is 'The difference between the impossible and the possible lies in a person's determination.'
RDB say ‘We Doin It Big’ with Artists galore
Big B launches Mohammad Rafi Biography