A book on legendary Indian playback singer Mohammed Rafi has been released. It was officially launched by the Big B, Amitabh Bachchan, in Mumbai.

Rafi is known for his classic songs picturised on Amitabh Bachan

The Shahenshah of Bollywood, Amitabh Bachchan, also known as Big B, was invited as a chief guest at the book launch of ‘Mohammed Rafi, My Abba – A Memoir’.

Publishing House Westland Ltd unveiled the book at Hotel Taj Lands End in Bandra, Mumbai. Rupa Srikumar and A. K. Srikumar translated the book from Hindi into English, catering to a worldwide audience.

Yasmin Rafi, the daughter-in-law of renowned playback singer Mohammed Rafi has penned down the original book in Hindi about his life and musical journey. The Hindi edition published in association with Yatra books was simultaneously released on the same day. 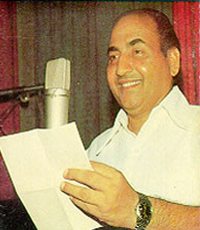 Yasmin, a British based writer from London, shared some of her best memories as a fan and family member of the Rafi clan. She described her transition from ‘fan to family,’ as the main source of inspiration for the book, which she started writing five years ago.

In the biography Yasmin Rafi recollects the singers early days, and sheds some light about his personality, his private life and his deep fondness for cars.

The book filled with anecdotes reveals the strong relationship Rafi had with most people in the industry. She also writes about the differences that Rafi and Lata Mangeshkar briefly had over royalty issues.

Yasmin who married Khalid Rafi, the son of one of Bollywood’s most legendary singer, travelled to India to officially launch the book. Yasmin was accompanied by son Rashid Rafi who was there to support his mother at the book launch.

Big B, the perfect gentleman quickly took control at the press conference supporting and protecting Yasmin who was quite nervous and media shy. Though Yasmin did answer some of the questions, it was Big B who addressed the media confidently saying:

“We know Rafi Saab from his work, his creativity, but it’s always wonderful to have an insiders view on a legend, when it comes from a member of the family it makes it even more exciting and certainly more valuable.” 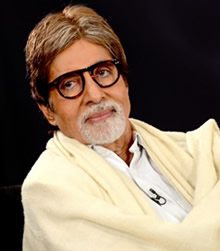 Amitabh who himself is a great admirer of Mohammed Rafi’s music, spoke about the late singer:

“I have no words to describe his great personality. We have all grown up as young children listening to his voice. His contribution to the film industry and the great music he gave to all of us will remain with us forever.”

Amitabh spoke of Rafi’s versatility, recalling how the singer easily adapted his voice according to the artist he was singing for.

“Before singing a song for a particular actor, he used to ask, ‘Which actor am I singing this for?’ Then he would alter his voice or do something. Whether he was singing for Shammiji [Kapoor], whether he was singing for Dilipsaab [Kumar], you felt that yes, this is Dilip Kumar singing or Shammi Kapoor singing. This is a quality which is very rare among the playback singers,” he said. 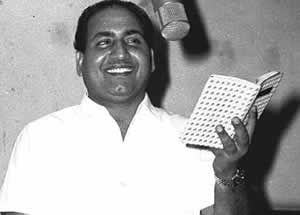 Rafi in his expressive manner did the vocals for the emotional track ‘Mere Dost Kissa Ye Kya Ho Gaya’ for Amitabh in Yash Johar’s Dostana. This song was nominated for the Filmfare Awards in 1980.

Towards the latter part of Rafi’s career, director Manmohan Desai used his magical voice to playback for Amitabh Bachchan in the films Suhaag [1979] Naseeb [1981] and Desh Premee [1982].

Rafi’s popular track ‘Jon Jani Janardan’ saw a number of artists gathering onscreen with Big B in the second half of the song. Amitabh Bachchan had the honour to sing with Rafi Saab in the unforgettable song ‘Chal Mere Bhai Tere Haath Jorta Hoon’ in the same film. The song was picturised on Big B and Rishi Kapoor. 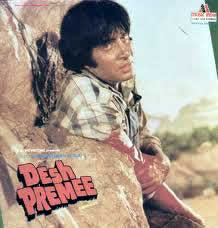 At the launch family, friends and artists remembering Mohammed Rafi, shared their association with him, amidst melodious tunes playing in the background. Special guests included the likes of veteran theatre actress Dolly Thakore and film director Piyush Jha.

Writer Salim Khan, who was lined up as one of the speakers at the event failed to attend. He was due to release the Hindi version of the book, titled ‘Hamare Abba Kuch Yaadein’ at this event.

This book is a glowing portrait of one of the best singers the world has ever known. There is no doubt had Rafi lived longer he would have recorded many more popular songs for Bollywod legend Amitabh Bachchan. From one legend to another, Big B together with the Rafi family presented a fitting tribute to the man with the golden voice.

Faisal has creative experience in the fusion of media and communication and research which increase awareness of global issues in post-conflict, emerging and democratic societies. His life motto is: "persevere, for success is near..."
Snoop Dogg to tour India in 2013
Income Tax raid on Miss Pooja and Others