The biography of Shilpa Shetty called Shilpa: The Biography written by Julie Aspinall is not endorsed by Shilpa Shetty and has not had any input from her.

Shilpa has not spoken about her life to its author Julie Aspinall...

The biography of Shilpa Shetty written by Julie Aspinall has not been authorised by Shilpa herself. The book called Shilpa: The Biography has been successful business in Britain and has hit Indian bookshops this week.

As stated by Shilpa’s own publicist Dale Bhagwagar, who added, “Shilpa has not spoken about her life to its author Julie Aspinall.”

Apparently, Shilpa’s quotes used in the book, are sourced from various magazine and television interviews, her publicist said. 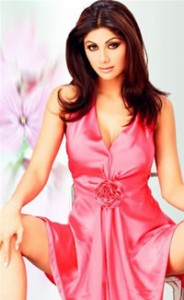 Also, the book is incorrectly called a ‘biography’ as it does not cover most aspects of her life and career, except for giving liberal accounts of her past relationship with Bollywood star Akshay Kumar, who co-starred with her in hits like Dhadkan and her participation in Britain’s reality show ‘Celebrity Big Brother’, which she went on to won.

Bhagwagar went on to say, “The book concentrates on the happenings during and after ‘Celebrity Big Brother’ and on Shilpa’s iconic rise to fame followed by the transition from an actress to a diva”.

As to whether Shilpa is expected to release a true biography of her life in the near future, Bhagwagar said, “Since last year, a new exciting phase has materialised for brand Shilpa Shetty. The market is huge and spread over countries, but Shilpa has many more miles to cover before picking up the pen.”

Nazhat is an ambitious 'Desi' woman with interests in news and lifestyle. As a writer with a determined journalistic flair, she firmly believes in the motto "an investment in knowledge pays the best interest," by Benjamin Franklin.
Ealing Comedy with a twist of Ghir
Shahrukh and Katrina Mobile Stars