A gang of five men has been jailed for a vicious revenge attack and killing of Gurinder Singh after he had slept with the wife of one of them.

"It was brutal, it was sustained and vicious"

Five men from a gang were jailed for killing a rival man in a vicious and “shocking revenge attack” in Southall, UK, after he had slept with the wife of one of the men.

The hearing on June 13, 2018, at the Old Bailey where they were found guilty, heard how the gang had chased 33-year-old Sukhjinder Singh, also known as Gurjinder Singh, and attacked him with an arsenal of weapons.

A long-standing feud existed between the gang and Gurjinder, who was a member of a rival gang.

The attackers used a baseball bat, ceremonial swords, knives and a hammer on July 30, 2016, to ambush and physically assault Gurjinder on Spikes Bridge Road in Southall.

They beat him up and horrifically stabbed him a number of times and chopped off two of his fingers, which were found at the scene the next day.

Gurinder Singh was the victim of 48 different injuries across his head and body. 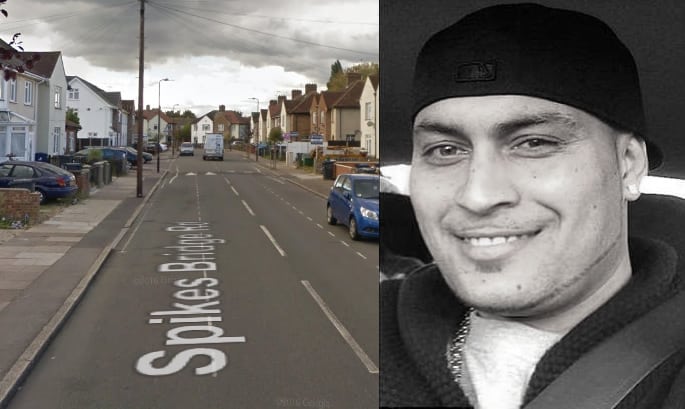 After being rushed to hospital by emergency services from the scene, he died of multiple stab wounds the next morning at 6.30am.

Two of the men from the gang used turbans to cover their faces and one of the other men wore a balaclava during the attack.

After a nine-week trial, the jury found the men guilty of the killing and associated offences.

Amandeep Sandhu, aged 30, from Southall and Ravinder Singh-Shergil, aged 31, from Tipton, were both found guilty of Gurinder’s murder.

Sandhu and Singh-Shergil were sentenced on the 22nd June 2018. 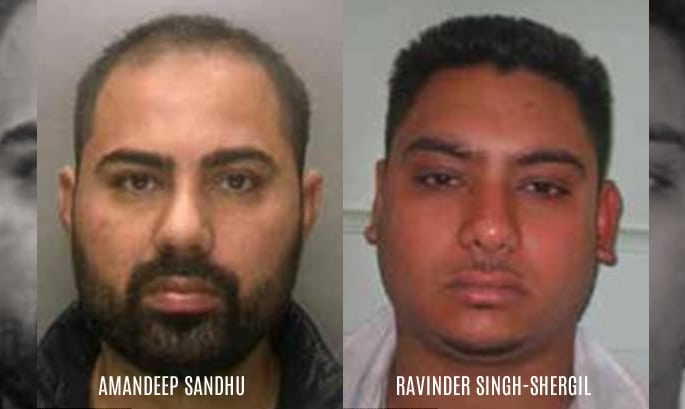 Vishal Soba, aged 30, from Hayes was found guilty of manslaughter and assisting an offender.

Kuldeep Dhillon, aged 27, from Hayes, was convicted of manslaughter and intimidating a witness.

Both Sandhu and Soba were also convicted of hiding the bloodied weapons and clothing used for the attack.

The fifth man from the gang, Palwinder Multani, aged 36, from Hayes, had already pleaded guilty on November 10, 2017, to manslaughter and assisting an offender in the case. He became a witness for the prosecution.

According to the Old Bailey Court, Palwinder Multani was sentenced to 4 years and 6 months in prison on 21st June 2018.

The trial heard that Kuldeep Dhillon and the victim Gurjinder Singh used to live together during 2008 and 2012.

However, when Dhillon found out Gurjinder was sleeping with his wife, they fell out. Leading to the vicious revenge attack for the adultery.

On July 30, 2016, when Gurinder left his home in Southall in his car, he was followed by a silver Citroen and black Vauxhall Vectra.

Intending to buy marijuana, Gurinder had parked on Spikes Bridge Road, Southall along with two friends.

Suddenly, he saw someone running towards him with a long knife or sword.

“That man took the keys from the ignition of their car, the man who was in the driver’s seat got out – he was hit with a sword but not cut and ran out.”

“The real target was Gurinder Singh because he was then set upon by three or four males. It was brutal, it was sustained and vicious.

“There can be no doubt that those who were responsible for wielding the weapons intended to kill.”

It was Palwinder Multani, who had driven the killers to the scene of the brutal attack that day.

Multani admitted seeing Gurinder on the ground with two of the men “chopping him with swords”, another beating him with a “wooden bar” and one man stabbing him with a knife.

After the attack, Gurinder managed to get up and tried to walk but then a car driven by Kuldeep Dhillon came swerving into him and knocked him back to the ground.

“Whatever happens with that b****rd, he deserves that.” 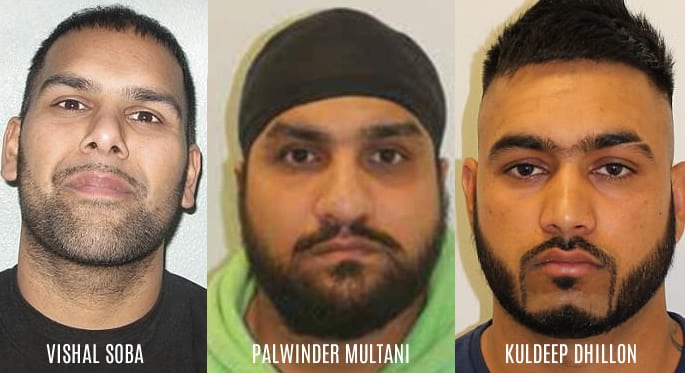 The court was told that rivalry between the victim and the gang went as far back as August 2013.

Mr Kent said that leading up to the killing of Gurinder, the long-standing rivalry between the gangs involved a series of battles across the country.

Ravinder Singh-Shergil was known to be the ‘main organiser’.

Following an attack on a friend of his outside a pub, Singh-Shergil organised a fight in Birmingham with those he said were responsible, by calling in allies from Southampton, Leicester and Leeds.

Subsequently, the rival group of over 50 men uploaded a video on Facebook taunting Singh-Shergil for ‘running away’ and not fighting.

A rival gang member called ‘Boota’ was attacked while he slept by a group of ten men rallied by Singh-Shergil towards the end of 2016.

At a mela in Victoria Park in Smethwick, on July 16, 2018, a confrontation of about 200 of Singh-Shergil’s men who came from ‘all over the country’ and about 40 members of Boota’s gang took place.

In a subsequent fight, Gurinder beat up Kuldeep Dhillon and then told a friend of his he feared for his life. This led to the attack getting fueled into a reality.

During the police investigation into the killing of Gurinder Singh, a storage unit was located where the hidden weapons used in the attacked were found.

Swords, a machete, a baseball bat, a crowbar and blood-stained clothes were discovered. 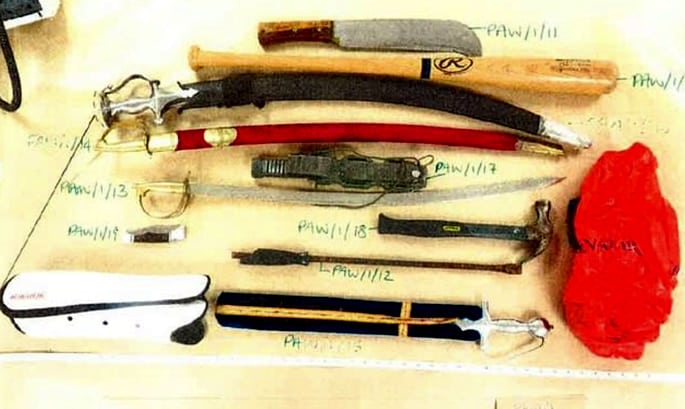 A witness identified Vishal Soba as being seen accessing the storage unit two days after the crime, carrying a bag on his shoulder.

Soba and Sandhu were in touch by phone on the evening of the murder. They were both arrested on suspicion of murder on August 4, 2016.

Communication with Palwinder Multani straight after the killing of Gurinder was also made by the same phone number. Leading to his involvement.

After being arrested in October 2016, Multani admitted his role in the attack. He said Gurinder had got on the wrong side of a number of men who wanted revenge and hired him for £300 to drive them to the scene of the attack.

Ravinder Singh-Shergil was arrested on November 26, 2016, after being found with a phone used for communication with Amandeep Sandhu.

Police say they are still looking for more people who were part of the attack.

“These men used a shocking level of violence to exact their revenge on Gurinder at the culmination of a bitter feud.

“They planned the time and location of the attack through to the disposal of the weapons they used. Whilst these five men have now been convicted and face lengthy custodial sentences this is not the end to this case. There are more individuals we are seeking in connection with this brutal killing and I would urge anyone with information to come forward.

“We are determined to find the individuals who took part in the attack, we know it will not bring back Gurinder back but it will go some way in bringing a degree of comfort to his family and friends, knowing all those involved have been brought to justice.”

Each of the five men will now face considerable jail time.

Amit enjoys creative challenges and uses writing as a tool for revelation. He has major interest in news, current affairs, trends and cinema. He likes the quote: "Nothing in fine print is ever good news."
Pakistani Love Marriage leads to Gang Rape of Groom’s Mother
Abusive Student jailed for Beating and Controlling Girlfriend