Akshay Kumar is having a great 2016 so far, especially post the success of Airlift and Housefull 3. DESIblitz reviews his latest thriller, Rustom.

When it comes to films revolving around themes of adultery, Bollywood is no stranger to this.

However, don’t judge a film by its trailer. Rustom isn’t solely about infidelity. It covers a range of themes such as corruption, but most importantly, it raises questions on morals.

Director Tinu Suresh Desai’s Rustom also depicts this issue as it follows the 1959 case of a naval officer K. M. Nanavati and the murder of his wife’s lover. From the trailers, the movie promises to be a gripping and intense film, with human emotions as the crux of the narrative.

According to Koimoi, Akshay Kumar feels that the film is ‘going to save a lot of marriages and is going to stop people from taking divorce’.

Set in the vintage backdrop of Mumbai, the audience is introduced to Rustom Pavri (played by Akshay Kumar) a dashing and successful navy commander who has everything going well, including unconditional love from his wife Cynthia (played by Ileana D’Cruz). 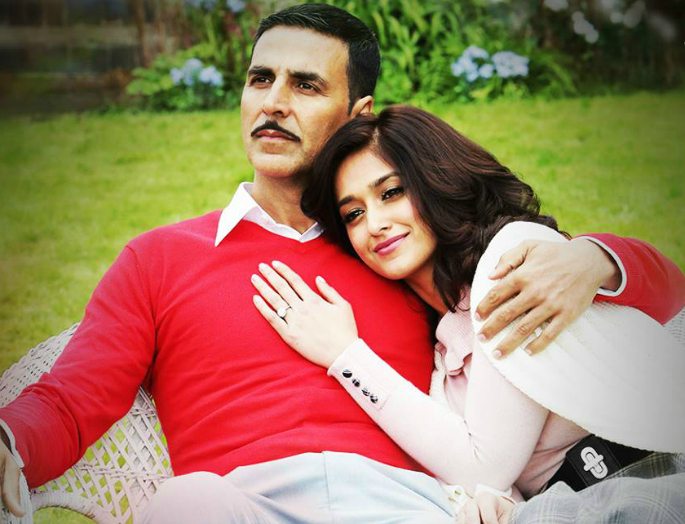 But a fateful day arises when he returns from his posting to find that his wife has been having an affair with his friend, Vikram Makhija (played by Arjan Bajwa).

Enraged by this, Rustom pulls the trigger and plunges three bullets in his chest. This seems to be a cold-blooded murder, doesn’t it?

When the trailer and first-look of Rustom was launched, it was clear that the movie will be a murder mystery. But it’s not the classic Hindi suspense film where the lead male protagonist screams: “I’m innocent!” to the judge.

With Rustom, it’s the complete opposite as the lead character does not shy away from his crime, despite pleading not guilty.

Vipul K Rawal endeavours to pen a legal mystery which aims to be different. As the crux of the story is showcased in the first half, it is intriguing to find out what the rest of the film would be about.

During the court case scenes, alternative versions of the same story are narrated. This makes one reminiscent of 2015’s Drishyam, where the audience gets confused on what side to choose.

Unless you’re a crime novel expert, the film will leave you guessing. Credits to the neat editing. 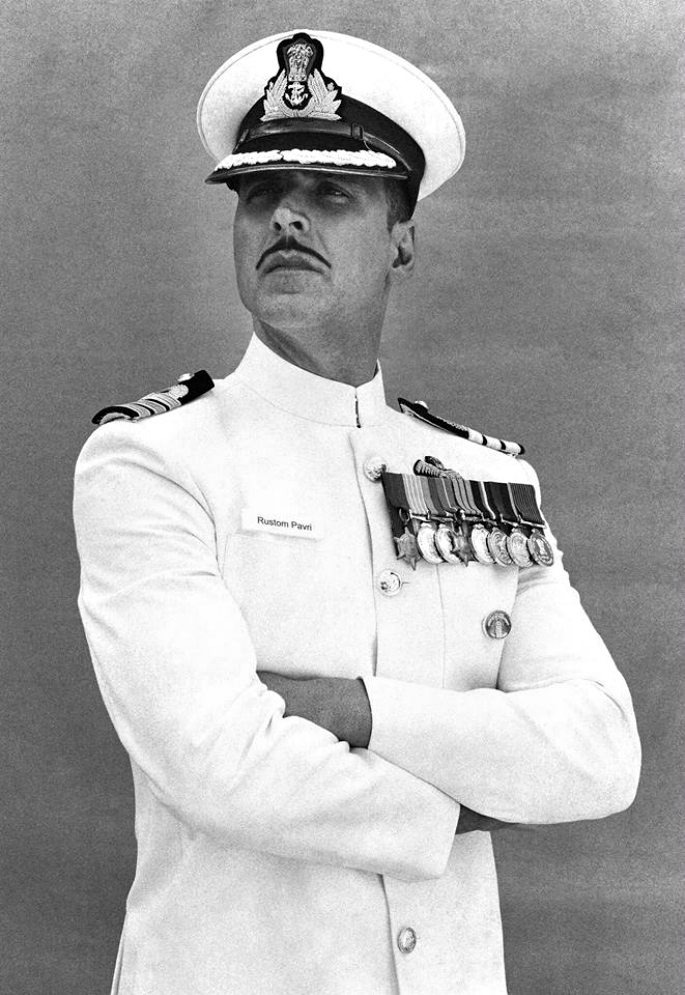 While the first half starts slow as it develops the situation and sets the scene, it is during the second half when the audience begins to enjoy the suspense.

Neeraj Pandey (director of A Wednesday and Baby) is one of the main producers of this movie. His films perfectly balance seriousness with humour therefore several light-hearted moments are reflected in Rustom too. Director Tinu Desai has done a decent job.

This light humour is a pivotal part to the film. Simply because the court scenes can become quite monotonous and serious.

It covers up the fact there aren’t any Masala-flick style fight scenes and heroic heavy dialogues.

In an Akshay Kumar film, one can rest assured that the soundtrack will be melodious and memorable.

Like his last project Airlift, the music of Rustom has also been done by several composers including, Ankit Tiwari, Arko, Raghav Sachar and Jeet Ganguly.

While there aren’t any dance numbers or a peppy promotional song, tracks like ‘Tay Hai‘, ‘Tere Sang Yaara’ and ‘Dekho Hazaro Dafaa’, are sure-shot winners. You’ll want to listen to these songs after the credits roll in.

However, it’s unfortunate that ‘Jab Tum Hote Ho’, which was crooned by Shreya Ghoshal wasn’t included in the film!

Moving onto the performances, Rustom truly is the Akshay Kumar show. This is the first time he plays a Naval officer in his career, one wonders why he didn’t before!

He essays the transition of the dutiful husband to the enraged ‘killer’ well. The consistency of his character is maintained well. It seems like 2016 is Akshay’s year! 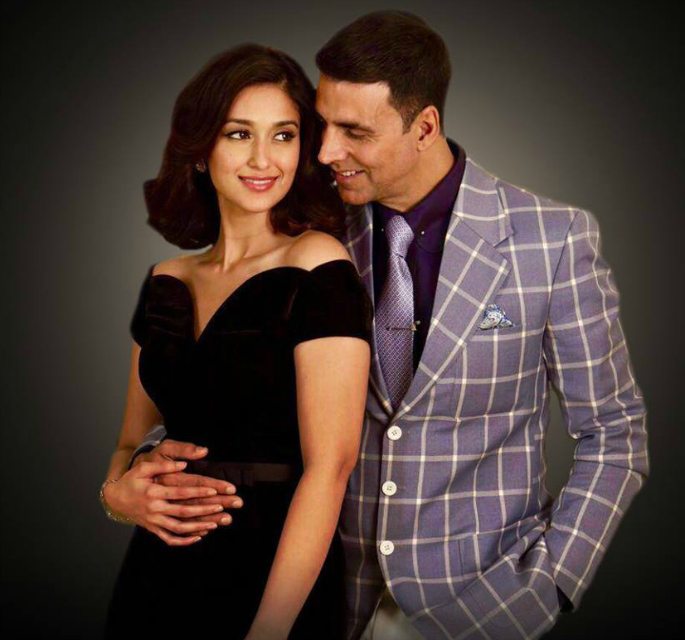 Playing the Khiladi’s leading lady is Ileana D’Cruz. From the heart-broken girl in Barfi, to the heart-breaking wife in Rustom, Ileana is a seasoned actress. While she does well during the emotional quotients, there is a brief moment of sass, in a scene with Parmeet Sethi. Here, she also leaves a mark. It would be interesting to see the actress in a feistier role next time.

Arjan Bajwa shines as the Casanova rich-boy, Vikram Makhija. His charming expressions could change to evil smirk at the drop-of-a-hat. This certainly is not easy for an actor. Arjan compels you to despise Vikram!

It had been a while since we saw Esha Gupta in a feature film. Thank goodness she portrayed the role of Vikram’s sister, Preeti.

She has fierce expressions of Nadira from Shree 420 and the seductiveness of Uma Thurman from Pulp Fiction. One yearns to see more from her. Plus, the way she smokes from the cigarette holder reminds one of Cruella DeVille.

Usha Nadkarni, Sachin Khedekar, Kumud Mishra, Pawan Malhotra and Parmeet Sethi do well in their respective roles. They’ll either make you laugh or keep you hanging!

Overall, Rustom isn’t your usual vigilante crime film, nor is it a typical judicial thriller. It is a movie which re-introduces retro style murder mysteries in a fresh way.

The movie forces the audience to ponder: is Rustom a wronged husband or a cold-blooded killer? The ball is in your court!

Anuj is a journalism graduate. His passion is in Film, Television, dancing, acting and presenting. His ambition is to become a movie critic and host his own talk show. His motto is: "Believe you can and you're halfway there."
Hrithik Roshan leads in the historical Mohenjo Daro
Priyanka Chopra unveils Quantico Season Two