"Why did you give birth to a girl?"

A proud father of two daughters, Sarvjit Sra addresses the issue of ‘Girl Child’ through his first solo photography exhibition.

Sarvjit is a UK based photographer who aims to create art that reflects social, cultural and taboo themes.

‘Girl Child’ is a sensitive issue amongst the South Asian community. Some people prefer one boy over a hundred girls.

In many South Asian cultures, people think of girls as a liability. The dowry system, illiteracy and poverty are powerful reasons behind this mindset.

It is also believed that a male carries the family name forward and contribute even after marriage.

Whereas, a female can be considered as a burden because she has to leave the house after marriage. Thus, issues such as female infanticide and child marriage are quite common within South Asian communities.

For his exhibition, Sarvjit addresses the scenario of ‘Chal Koi Na’ (Oh Never Mind) that occurs when jollification turns to disappointment.

Through his creativity, Sarvjit certainly has the vision to educate and change the perception of society. His idea of mixing audio with photos makes his project on this issue most noteworthy.

DESIblitz presents an exclusive conversation with Sarvjit Sra about his ‘Girl Child’ project and the motivation behind it. 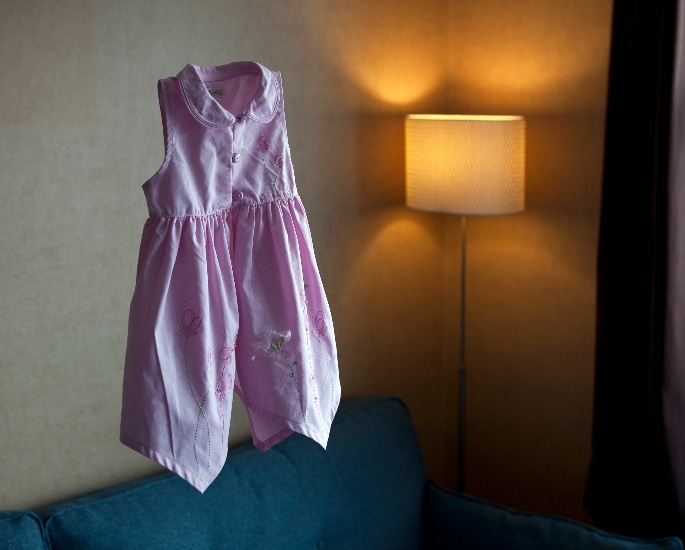 How will your photography Art support the ‘Girl Child’ concept?

Photography is a universal language without borders, allowing its message to be accessible and understood by all.

I strongly feel that an image can speak volumes when supporting a cause or issue that is either taboo or hidden.

By creating these conceptual images, I hope to evoke positive change and provide a platform for anyone going through these issues.

The exhibition is here to create debate, stir emotions and challenge your perceptions about the issue of boy preference within our communities and the lack of acceptance for girls.

What challenges did you face during your research phase?

During the course of the project, I conducted inter-generational research into the community’s response to the birth of a girl child.

This was challenging due to the reluctance of first and second-generation South Asian migrants to talk about a subject that they felt was nonexistent.

It, in turn, led to a new approach in the form of an anonymous online survey. This survey along with one to one session with the older generations broke down barriers.

Acknowledging a problem exists in the first place is one of the biggest challenges in any controversial project. 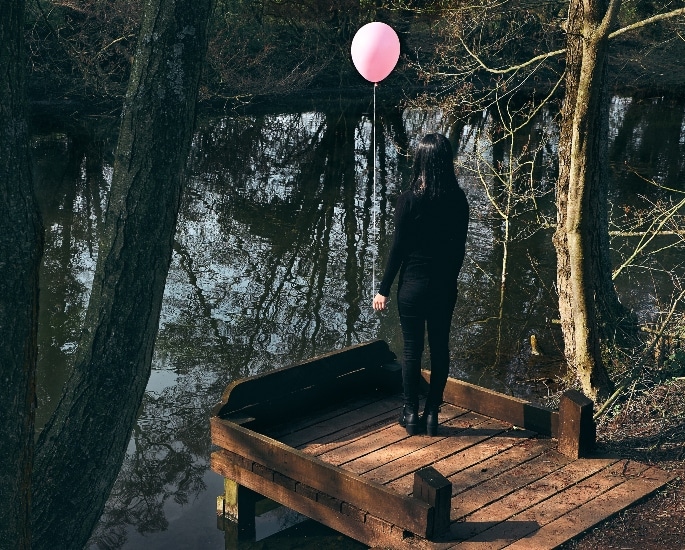 During your research, what was most eye-opening for you?

Two things stood out for me during the research findings that made me feel that change is actually happening.

Firstly, the lack of general response and acknowledgement from the older generation and secondly the hunger for change within the third and fourth generations.

Of course, there were some shocking revelations too such as “When I was born (in 1968) my father held me by my ankles above a concrete street calling out to my mother:

“Why did you give birth to a girl? He had received a letter from India saying (directed to my mother): you have brought shame on our family.”

“This is the extreme end of it, but evidence like this provokes change.”

Which particular themes will your exhibition highlight and why?

The project was mentor-driven from the start which helped me develop key themes such as; expectation, acceptance, and labels.

I looked at the expectations of a mother in the eyes of the community, will she have a boy? Who will carry the family name? We are reminded that the girl child is not ours from the minute she is born.

The hospital tag unites mother with baby, but the gift of a baby ‘choora’ (wedding bangles) separates her at birth to another through marriage.

Are we providing a predestined label without any other destiny for our newborn? All the themes lead to one goal, an equal platform for everyone. 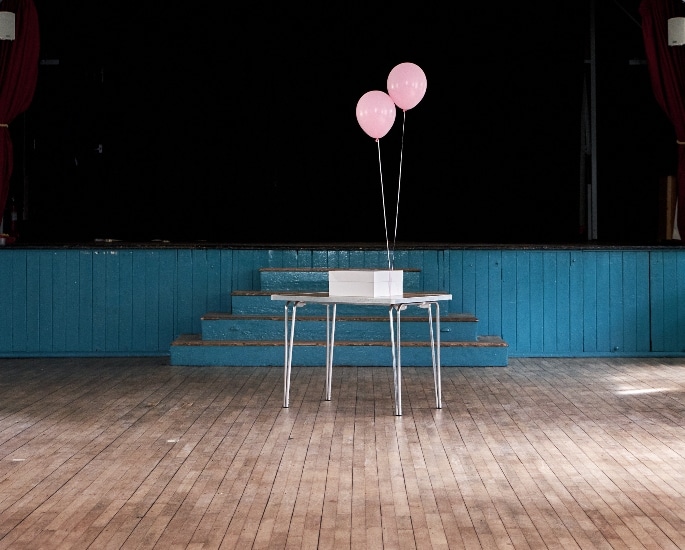 Where did you draw inspiration from for this project?

Inspiration for the “Girl Child” project is taken from my personal experience as a father of two daughters and that of the local South Asian community, helping them voice their fears, opinions, and experiences.

I have often been asked how many children I have along with their gender.

My answer is generally received with remorse along with surprise to find that I am okay with having two girls. “What no sons?” is enough to get anyone inspired.

Can you tell us about the significance of audio for this project?

The soundtrack is an interpretation of the girl child’s audible journey from birth to motherhood and back to birth again, a continuous journey.

Audio has a certain ability to transform a powerful image into an emotional one.

“I can only describe it to watching a horror film on mute, there is suddenly no edge to it!”

The track originated from a piece of music that my daughter Jaya wrote on the piano and then further developed by music producer Ravi Singh from 94Dreams. 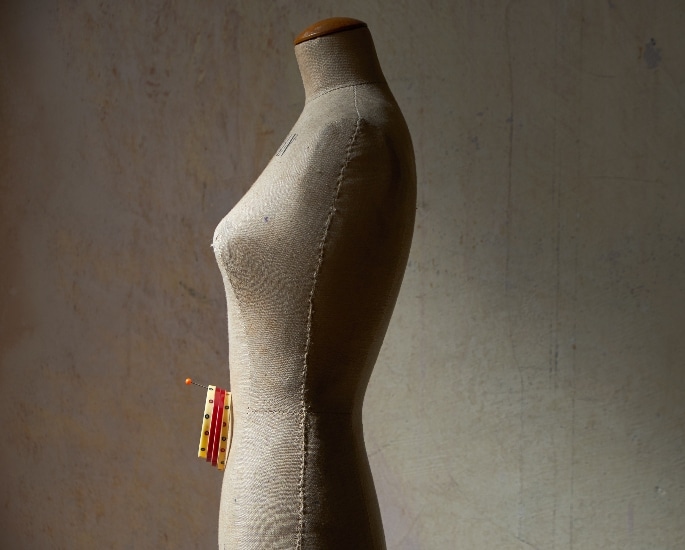 How did you get involved with Photography?

Growing up as a second-generation Punjabi in 1980’s Britain I had an avid fascination with photography, always wanting to be behind the camera rather than in front of it.

Having studied Fine Art at college in the 1980’s I didn’t pursue the arts any further due to lack of support and cultural attitudes towards art at that time.

Many years later I returned to my love of photography and launching a successful wedding photography career.

For the last five years, I have been working with photography and mixed media to highlight social and cultural issues within the South Asian community. 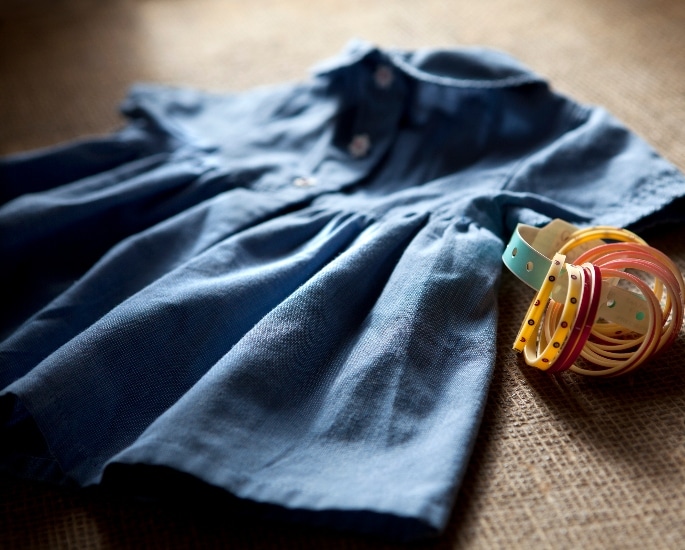 As a creator, what do you feel is your creative strength?

Fundamentally I am a storyteller using a camera to compose a visual story.

In order to do this creatively, I work in a very methodical way, researching, planning and collaborating with others. This allows me to look back at my findings to help complete the final images.

Communication is then the final key to the images in that can I create a piece of work that is universally recognised without words or explanation.

I do this by creating a set of images that have the depth of meaning and connection.

How do you handle positive criticism on your work?

As an artist I strongly believe we are all on continuous learning journey, discovering new methods and processes.

“I welcome positive criticism as it is there to help you along that journey.”

During the course of this project, I worked with Nelson Douglas as a photography mentor for that reason. Nelson helped steer me in the right direction if he felt I was going off track.

When I look back at our first meeting it made far more sense at the end of the process as you start seeing the results. 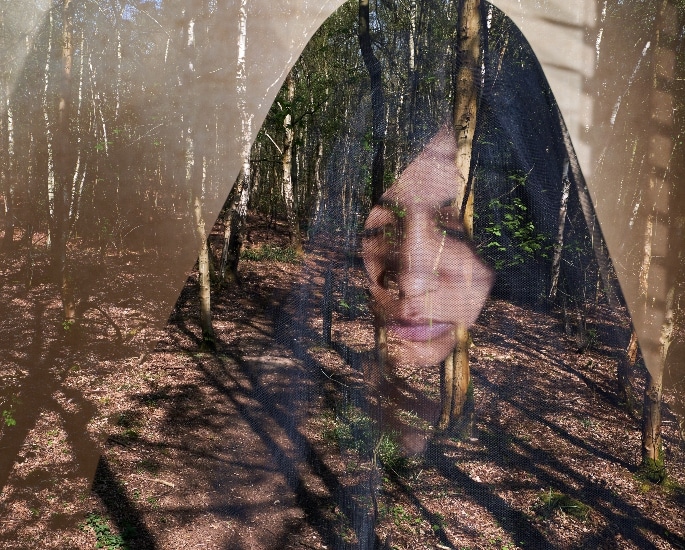 What can art lovers expect at the exhibition?

The work reflects social and cultural issues through themes that develop into surreal, melancholy and dream-like images.

These images raise questions to the audience, often having a hidden layered meaning. I feel the use of audio to add drama and emotion to the images will leave audiences with a lasting impression.

What exciting projects do you have for the future?

I like to work on social, cultural and issue-based arts within the South Asian community.

There are so many issues out there that I feel I can give a voice to through photography.

“Currently, I am looking to work with and collaborate with organisations to look at mental health.”

Listen to the audio for a ‘Girl Child’ here:

I also like to take photographs of my home town Wolverhampton and post these to Instagram. It’s an ongoing project that I hope to turn into a Zine one day!

Loving his daughters and the hunger to bring positive change in society through photography makes Sarvjit a rare combination of creativity and kindness.

For over a decade Sarvjit has been working as a social photographer within the South Asian community. Sarvjit strongly feels that the field of visual arts holds a place across a diversely cultural society.

With a passion for photography, he strives to pick those subjects which are still under the rocks.

Post-launch date,the ‘Girl Child: Chal Koi Na’ exhibition runs until September 28, 2019, and will be viewable by appointment only.