YPD has become a popular track and a hit for RDB

This movie title translates to Yamla meaning crazy, Pagla meaning mad and Deewana meaning in love. “Yamla, Pagla, Deewana” is symbolic for the identification for the three roles that the Deols play.

Surj, Manj and Kuly are originally from Bradford and are the only UK music band to really make a mark in Bollywood. Joined by new member, Nindy, wife of Manj, they came up with the concept for the new track called Yamla Pagla Deewana. Based on the original song acted by Dharmendra wooing Hema Malini (his real wife) in the Bollywood film Pratigya (1975), RDB gave the song a modern feel to fit the vibe of the three characters of Yamla Pagla Deewana. 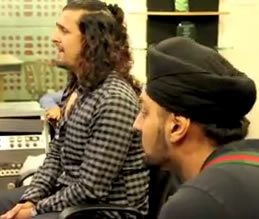 The title song for the film is called ‘YPD’ featuring the voice of the legendary singer Sonu Niggam and supported by a chorus sung by Nindy Kaur. Sonu’s vocals were recorded in the popular Empire Studios in Mumbai, India. The choice of Sonu for the track was apt and it seems it was a challenge for RDB to work with the amazing vocalist due to his own aspirations to sing Rafi songs as perfectly as he can.

A House version of ‘YPD’ was also recorded for the movie album, with vocals by Canadian singer Parichay who is an artist signed to RDB’s record label – The Three Records, founded and owned by RDB.

Surj from RDB said: “We’re really excited to be a part of another massive Bollywood project, it’s a great feeling to be with some of the greatest artists of the industry.” Talking about the song he said:

“Yamla Pagla Deewana is a classic song we hope to keep up to the reputation.’’ 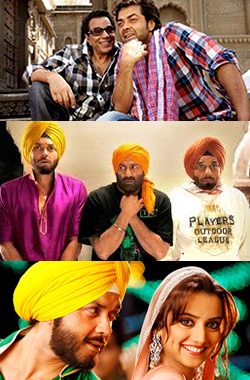 Yamla Pagla Deewana, directed by Samir Karnik is the second ‘family’ film by the three Deols after Apne, which was a more emotional drama.

YPD is more of a humour filled comedy based on a crooked duo of father ‘Dharam Singh Dhillon’ played by Dharmendra, and son ‘Gajodhar Singh’ played by Bobby Deol, who are both living a life of con and crime in Varanasi, and have purposely lost contact with family due to Dharam. Sunny Deol plays Paramveer Singh the older son who lives in Canada as an NRI married to a white Canadian woman and looks after his mother, who is desperate to see Gajodhar.

The story evolves to Paramveer going to India to find his brother and father for the sake of his mother, and turns into a romantic fiasco where Gajodhar falls for ‘Saheba’ played by beautiful Kulraj Randhwa, who is taken back to the Punjab by her brothers, when they find out about her love life. Paramveer convinces Gajodhar that he can help him win his love back in Punjab by acting as an NRI family looking for a girl to marry. They end up in Punjab, where they meet Saheba’s family including Anupam Kher and Poli played by Sucheta Khanna, who perform outstandingly in the film. It all ends well in the end with the mother meeting her long lost son and husband, and the son winning Saheba.

It’s reported that the Deols didn’t charge anything for the film, but will expect payments according to the profits. The film has been a hit both in India and abroad. It’s grossed over £523,814 from UK up to the fourth weekend after release and $971,240 from USA. So, it is likely they will finally get paid! 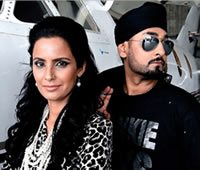 Nindy Kaur, joined the band after marrying Manj in RDB. When it was discovered she could sing, the band saw it a natural progression to include her in the group. She grew up in the UK and has been singing since the age of ten, singing and dancing to old Punjabi folk songs bought by her dad. She has a passion for rhythmic Bhangra music. Her favourite folk singers old school Punjabi music are Ranjit Kaur and Mohammad Saddique.

We met up with RDB and had some ‘gupshup’ with them about their part in producing the song for the film and a little more about the ‘Black Eyed Peas’ of the Brit-Asian music scene.

With a roster of other songs including item numbers in the movie, it is YPD that is very memorable due to the popularity of the tune in its original form and now revamped with the RDB touch.

YPD has become a popular track and a hit for RDB. They were launched into the limelight of Bollywood with help from Bollywood star Akshay Kumar with their first song in Namaste London, then followed songs like “Singh is Kinng” featuring Snoop Dog.

RDB in between producing songs for Bollywood are busy producing their band albums, solo work and actively touring. So, if they are in your area, look them up and hear their Bollywood work live on stage.

Smriti is a qualified Journalist with an optimistic take on life, enjoying sports and reading in her spare time. She has a passion for arts, culture, bollywood movies and dancing - where she uses her artistic flair. Her moto is "variety is spice of life."
Akshay Kumar talks Patiala House
West is West – Om Puri and Sajid Khan Interview