Dharmendra and Sons back with Yamla Pagla Deewana 2

The Deols are back with action comedy, Yamla Pagla Deewana 2. DESIblitz caught up with the stars Dharmendra, son Bobby Deol and cast to find out more about YPD 2!

"The three of us together are like three stars, but from the same family."

It’s officially time for the much anticipated Bollywood movie of 2013 to hit the silver screen, Yamla Pagla Deewana 2 (YPD 2).

The Deol family have returned with a triple treat following the huge success of the first Yamla Pagla Deewana instalment in 2011.

Gurbachan Singh, famous for playing stunt doubles to some of the top stars, including Dilip Kumar in Kranti (1981), and Dharmendra himself in Kahani Kismat Ki (1973) also plays a supporting role as Babu, a Muslim shopkeeper, in YPD 2.

YPD 2 is an action comedy directed by Sangeeth Sivan, and was filmed in our very own Birmingham and Leicester in the UK.

Of course, with the filming literally next door to the DESIblitz office, we couldn’t resist the chance to bag some exclusive Gupshup and interviews from the entire cast and see what this exciting new hungama movie had in store.

The film sees the three Deol’s reunite in the UK following their first encounter in Canada. Paramveer (played by Sunny) opens up the ‘YPD’ club and is visited by Dharam (played by Dharmendra) and Gajodhar (played by Bobby). What ensues is a flurry of masti, laughs and mayhem. 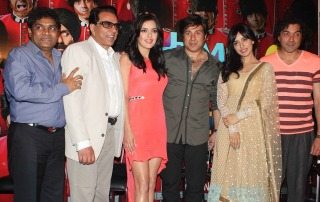 Written and directed by Sangeeth Sivan, Dharmedra himself has produced the film under the banner of his newly created YPD Films Ltd UK.

Scriptwriter, Jaswinder Bhat says: “The most challenging, yet fun, part about writing the film was to think of the characters and add quirks that will make the Deols even more endearing. I watched a lot of classics of Dharamji and realised he has acted in all possible genres and excelled in each one of them.”

“Dharamji is one of the wittiest people I have ever met and while enacting a scene, he would invariably come up with a funny line that will have the unit in splits while the shot is on. He has a child-like mischievousness which shows he is still young at heart.” 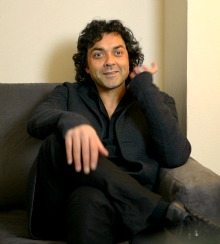 Speaking about Bobby, Bhat says: “I still remember when Bobby first burst on to the screen, he was a style icon. Men in my locality in Kolkata used to take pride in buying the Bobby Deol Jacket and the Bobby Deol Sunglasses.

“These images have stayed with me and we will see him in his most stylish avatar in YPD 2 as his character pulls off the con of his life with the utmost sophistication.”

Notably, Bobby’s character has reportedly taken a few pages out of Salman Khan’s action hero book, as he copies some of Salman’s Dabangg trademark moves in a few of the YPD 2 songs:

“Films are written in a way where people can relate to it. It’s a comedy, so we have used different things – my character is supposed to be a Salman Khan fan. It is not a tribute to Salman Khan as such” says Bobby.

YPD 2 truly is a family affair with the Deol’s in front of the camera and behind it. As well as Dharmendra being a producer, Sunny’s son Rocky also sees his debut as an assistant director.

For Sunny, of course, such personal involvement means that he is determined to make sure the film is a huge success: 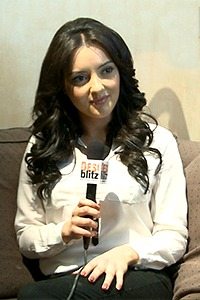 “The movie is the dearest thing we have. The first one was good and now it has turned into a franchise. We are carrying forward our characters from the first film, who were loved by the audience.

“Plus, Bobby and papa get to play parts which they otherwise would not. The three of us together are like three stars, but from the same family.”

Of course, with YPD 2 leading such a stellar cast, one can argue that Sunny has nothing to worry about. Just having father Dharmendra on board has already ensured that this film will be an instant blockbuster hit. The legacy of Dharmendra’s 50 year reign as the Action King of Bollywood has been truly astounding.

With hits such as Phool Aur Paththar (1966), Sholay (1975), Dharam Veer (1977), Chupke Chupke (1975), and Azaad (1978) during the peak of his career, Dharmendra has been responsible for some of the most popular action flicks Bollywood has ever known. In addition, he has coached sons Sunny and Bobby to carry the Deol legacy forward.

But as the 77 year old notes, Indian cinema has changed immeasurably since his time at the top: “Nowadays, it has become a trend that more and more pressure and effort is put on a film’s release rather than on its making,” he says.

“We all want to be loved, liked and admired. And for this you have to give back something. So I am paying back in a beautiful way with much affection and with my love to everyone.” 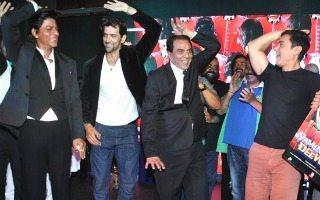 The music launch for the film on May 7, turned out to be a spectacular event in itself, drawing in the best of Bollywood.

To add to the banter and laughs, Dharmendra made a very profound proclamation in front of the showbiz crowd: “I’ve wanted to tell the whole world about something that’s been within me for years. I feel that I’m the number one dancer in the country!”

Sunny says, “We had planned a complete event for the movie’s music launch, but all the actors turned up and the media went berserk. But, at the end of the day, the love, warmth and affection that everyone had for us created magic on stage that day.”

One source remarked: “All it took was one phone call from Dharam paaji. Dharamji is the most loved person in the industry. He was pleasantly surprised by the turnout at the event.”

The music of the film, which sees a Punjabi, hip-hop fusion of upbeat tracks is composed by brothers Sharib Sabri and Toshi Sabri. The lyrics have been written by Kumaar, and is sung by the likes of Shankar Mahadevan, Sukhwinder Singh, Mika Singh, Sonu Nigam and Sunidhi Chauhan.

The excitement for this film has been building ever since the first film was released. From what the DESIblitz team can gather, fans definitely won’t be disappointed by this next installment. Yamla Pagla Deewana 2 will see worldwide release on June 7, 2013.

Aisha an English literature graduate, is a keen editorial writer. She adores reading, theatre, and anything arts related. She is a creative soul and is always reinventing herself. Her motto is: “Life is too short, so eat dessert first!”
Yeh Jawaani Hai Deewani ~ Review
In Memory of Jiah Khan