In Memory of Jiah Khan

Young actress Jiah Khan who made her debut opposite Amitabh Bachchan in Nishabd, committed suicide in her Mumbai flat on June 3, 2013.

Jiah was nominated for the Filmfare Award for Best Female Debut.

Bollywood actress, Jiah Khan was found dead at 11pm on June 3, 2013 after committing suicide at the tender age of 25.

She was born in New York, but grew up in London, and only recently moved to Mumbai. She was a dancer, a model, a classical singer but admitted her true passion was acting.

She made her first appearance on the big screen as a child, where she had a small role in Dil Se… (1998).

Following this, Jiah, whose real name was Nafisa Khan, managed only three titles in her short six year film career.

Her first big role was in Nishabd (2007) where she played opposite none other than Amitabh Bachchan himself. The Hollywood inspired film sees love blossom between an older man, Vijay (played by Amitabh) and a young woman Jia (played by Jiah). 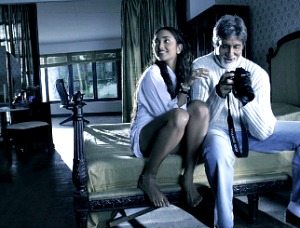 Although the film was a controversial one, Jiah was nominated for the Filmfare Award for Best Female Debut. The film marked the first of what was expected to be many more successes to come from this young new talent.

Her later films included Ghajini (2008) where she starred alongside Aamir Khan, and Housefull (2010) with Akshay Kumar.

Although she was paired with a number of A-list actors, she failed to become one herself, and remained as a somewhat distant celebrity.

She was however signed to three new films in 2013, according to her official website, and was due to begin filming straight away.

DESIblitz recently caught up with Jia Khan in London, to exclusively talk to her about her career and Bollywood:

The news of her hanging herself in her Mumbai apartment has come as a complete shock to the Bollywood world, from acting colleagues, directors and peers alike.

In an official statement, Juhu police said: “After the police control received a call around 12 am, a mobile police van was rushed to the spot. She was found in an unconscious state and was rushed to Cooper hospital where she was declared dead on arrival.” 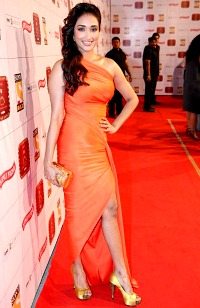 Twitter has since been bombarded with messages of exclaim at her untimely death and sympathy towards Jiah’s family.

Actor Arshad Warsi said: “Shocked to hear about Jiah Khan, she was too young to give up on life… RIP.” Kunal Kapoor added: “So shocked and saddened by this terrible news!! May your soul find peace #Jiah khan.”

Actor Shahid Kapoor who missed out on a chance to work with the young actress said: “Shocked n saddened to hear about jiah khan … Very disturbing … RIP ….may her soul rest in peace.”

Choreographer and Director Farah Khan worked with Jiah on Housefull: “CAN’T register that jiah is no more…worked with her in Housefull n she was so beautiful n such a good soul.2 young 2 go jiah,” she said.

Riteish Deshmukh who also worked with the young star said: “Nothing worse than waking up to bad news- shocked n dumb struck- RIP Jiah. Worked with Jiah in Housefull- she was full of life n had incredible sense of humour. She was a friend n will miss her. Am deeply saddened.”

Mika Singh added: “Very sad and very bad news for all of us jiah khan is no more .. R.I.P jiah khan.” 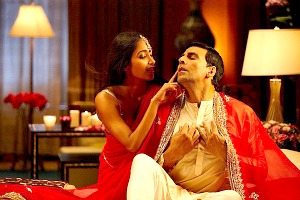 Kunal Kohli said: “What she must’ve gone thru to take such a step we’ll never know. May her soul rest in peace. Jiah Khan.”

Fellow actress, Sonam Kapoor added: “Nobody should be in so much pain and a state of such hopelessness. I hope her soul finds some respite in death.”

The shocking news also brought out Bollywood’s sensitive side with the likes of Bipasha Basu commenting on the fragility of life:

“Life has to be experienced and lived! It’s a limitless ocean, have to swim through it, and not let it drown you! Abandon the negative thoughts n find the good in the smallest of things that happen in ur life! Embrace life and life will embrace you back!” Bipasha said.

Former Miss India, Gul Panag said: “Appearances can be so misleading. Who really knows what lies behind that smile?”

Choreographer, Saroj Khan said: “RIP Jiah Khan !!! I wish the next gen are strong enuff to struggle & luv the roller coaster of life…”

Sophie Choudry said: “We r all surrounded by negativity. Don’t let it consume u. U hv to find happiness in the smallest things, the real things. It’s the only way.”

“Never ever seen a debutant actress with more spunk and more spirit than Jiah when i was directing her in Nishabd. No matter what her problem was I just so wish she applied her on screen philosophy of Nishabd to her own life which is to ‘take lite’.”

“Inspite of being highly appreciated in Nishabd nd being a part of hugely successful Ghazni and Houseful [sic] she had no work for the last 3 years,” he added.

At present it is unclear of why Jiah committed suicide. Many have already suggested that she was suffering from severe depression due to her limited film roles in recent years.

Notably, issues of mental illness and depression are not openly discussed within Indian society. At times it is seen as somewhat of a taboo subject, and there are little facilities or opportunities for sufferers to seek help.

But while Jiah’s premature death has shocked many, it can only be hoped that this delicate issue can reach a more wider social forum of discussion.

Jiah had a somewhat difficult acting career. But at the same time it was a promising one. Bollywood will always remember this young actress for her great talent and short-lived stardom.

Aisha is an editor and a creative writer. Her passions include music, theatre, art and reading. Her motto is “Life is too short, so eat dessert first!”
Dharmendra and Sons back with Yamla Pagla Deewana 2
Ankur Arora Murder Case ~ Review