The Happy New Year songs ‘Lovely’ and ‘Kamlee’, are produced and directed by Dr Zeus with vocals from Kanika Kapoor. Upbeat and youthful sounding, ‘Kamlee’ is most definitely a track that will have you on the dance floor.

After the major success of the song ‘Jugni Ji’, Dr Zeus and Kanika Kapoor have joined forces again for the release of ‘Kamlee’.

‘Kamlee’ is the new track for the upcoming Diwali movie release Happy New Year starring Shahrukh Khan and his troupe of Bollywood stars.

The song is expected to do well as this duo has already wowed their audience and listeners with their catchy ‘Jugni Ji’ back in 2012.

Dr Zeus is a well-known Punjabi singer and producer from Birmingham, and rose to fame with ‘Kangna’ in 2003. He has slowly made his place in the music industry and has now become the music director for two songs in the movie Happy New Year. 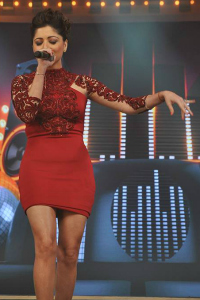 Kanika Kapoor is also from the UK where she became well known after the hit with Dr Zeus with ‘Jugni Ji’. She has become well known more with the major hit release of ‘Baby Doll’ featuring in the film Ragini MMS 2.

Now after featuring in two songs in the Happy New Year soundtrack, Kanika Kapoor is definitely a name to watch out for.

The song ‘Kamlee’ is a Punjabi remix of the song ‘Lovely’, both of which appear on the Happy New Year soundtrack. The difference between the two is the meaning behind the songs.

‘Lovely’ is about a woman’s feelings for a man as she becomes ‘lovely’ after reading a man’s name and she expresses how happy she is to be in a bittersweet love.

Dr Zeus joined Kanika Kapoor for a surprise performance of the song at the incredible music launch of Happy New Year on September 15, 2014. The song and live performance marks Dr Zeus’ big break into the world of Bollywood. The whole show was streamed live on YouTube to a global audience.

‘Kamlee’ and ‘Lovely’ were released on the T-series’ YouTube on September 19th, 2014. ‘Lovely’ has already had over 7 million views and the ‘Kamlee’ audio track is slowing rising with over 200,000 views so far.

The song takes on a love-obsessed approach as the lyrics mention being crazy in love with examples like taking prayer beads and reciting his name. 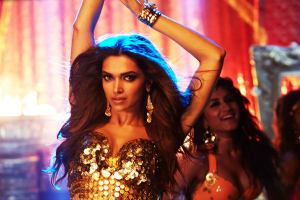 Both songs may suggest a character development in the film, but this won’t be known until Happy New Year is released. The song ‘Lovely’ and ‘Kamlee’ have already made their way into the Asian charts, as have other songs featuring in the Happy New Year soundtrack.

‘Kamlee’ is the second release of a Bollywood song with the same name in under a year. The first song called ‘Kamli’ was in Dhoom 3 in 2013, is this just a coincidence? Or a new craze in B-Town music? 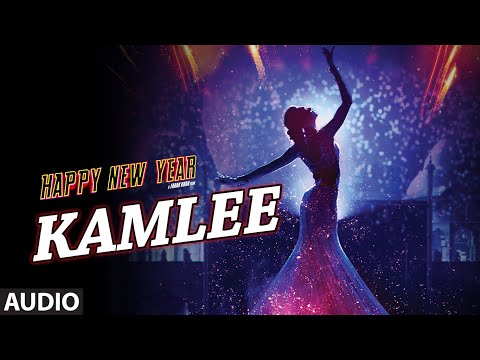 One thing is for sure, ‘Lovely’ and ‘Kamlee’ although they have the same structure and beat, are just as catchy and upbeat as each other.

The style and sound definitely fits in with today’s style and generations of music style. They will have you going ‘Kamlee’ whilst busting a move on the dance floor (or in the bedroom).

Harpreet is a talkative person who loves to read a good book, dance and face new challenges. Her favourite motto is: “Live, laugh and love.”
FHM cover girl Pooja Misrra turns Singer
Mitran De Boot is a Jazzy B, Dr Zeus and Kaur B hit