Fashion designers in India produce some of the most exquisite clothes designs worn by celebrities and the public but when it comes to protecting the copyright of their work, their battle is a tough one against the fake market of designer clothes in India.

"how much can one curb the practice?

Fashion design is huge business in India and is a booming industry but sadly so is the fake designer garment industry too. India’s designers are struggling to keep up with clothes being copyrighted and are facing a losing battle in many cases.

For example, Hemant-Nandita are two designers who admit that seeing people selling imitations of their clothes is not easy to swallow but how much time, effort and money do they really have to pursue every fake garment factory or producer around the country and beyond? “It really hurts to see people selling the imitations of our designs so freely, but then how much can one curb the practice?” Nandita told IANS. 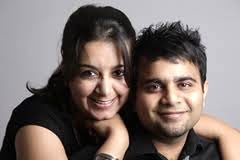 The duo sells from a couple of the best multi-designer outlets in the country and has also made its presence overseas in places like Abu Dhabi, Bangkok, Cannes, Dubai, Greece, Hong Kong,  Jakarta, , Kuwait, Lebanon, New York, Panama and Paris.  The duo have dressed bollywood stars such as Amesha Patel, Raveena Tandon, Raima Sen, Sonal Chauhan, Mandira Bedi, Parizaad Kolah and Mini Mathur.

One of the issues contributing to high piracy of designer clothes is the dramatic rise in fashion weeks in India. The more the fashion weeks, the more the exposure, the more the chances of designs being copied. And majority of Indian designers are quite neglectful about seeking copyright protection because of the time and money involved. Commenting on this issue, Nandita says: “There are so many fashion weeks these days, the designs are all available online within moments of the garments going on the ramp…and with each collection consisting of 185-190 different designs, who has the time and money to get them registered?” 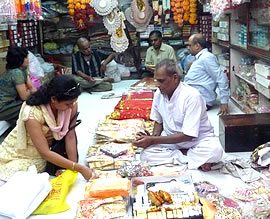 Markets like Chandni Chowk which is one of the oldest and busiest markets in central north Delhi, India, has a reputation for selling counterfeit clothes. A purchaser can expect to buy imitations of designer clothes for about 50-70% less compared to their original price. So, if a designer outfit has an original price tag of Rs.30,000 then the fake could cost as little as Rs.12,000 in a place like Chandni Chowk. It’s revealed that even some well established sari stores in upmarket places of Delhi like Connaught Place and South Extension also sell fake designer clothes including saris.

Sonia Sharma from Jaipur, a supervisor at a call center, who buys indo-western clothes told DESIblitz: “No way, could I afford designer clothes. They are too expensive.” Asked if she would buy equivalent fakes she replied: “If I could buy the same outfit in a market. I would. Because I dont care about designer clothes.. and especially if they are expensive.”

In addition, interestingly she added:

“Even if I had enough money to afford designer clothes, if they are available for a lower price, I will still buy the fakes. Price mostly dictates my shopping and then for that price, the best quality.”

The cost of copyrighting in India is expensive. A copyright can cost a fashion designer Rs.800-Rs.1,000 per design, and every two years it has to be renewed. 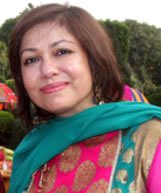 Senior designer Leena Singh of Ashima-Leena says the copyright process and then justifying copyright infringement is tedious in India. “It takes a lot of time for the procedure, and it is very difficult. No one wants to waste time,” said Leena, who is also a qualified lawyer.

Anand and Anand law firm partner Safir Anand, conversely says: “It is important that designers take appropriate action rather than maintain silence and construe copying as flattery.” But adds: “Unfortunately, there is no transparent law to clearly outline how far inspiration can be allowed. Many designers and shop-owners are of the view that if they slightly change certain structures or patterns, then they can get away with it and in many cases they do. This is the problem.”

Leena feels strongly that Fashion Design Council of India (FDCI), needs to tackle the issue and demand a positive change in the court of law. Leena suggests: “I wish a bill is passed whereby a design, which is even close to an FDCI-registered designer’s creation, must be viable for copyright protection. If such laws come through, we are sure designers will not cringe about spending money to protect some exclusive designs.” 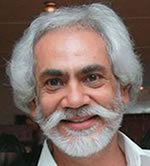 Sunil Sethi of the FDCI feels they have little power to make such changes to the law. He says: “FDCI is only a platform for designers to meet and help them get together to act in a democratic way, to make peace between designers, but an effective decision can only come through a court of law.” Something that is likely to take a long time and effort and therefore, will not be agreed in a rush.

So as a counter-action, Leena suggests: “Make your designs and embroideries so difficult and exclusive that nobody even thinks of copying it.” Which seems a very complex way of protecting copyright in India’s growing fashion industry.

Nazhat is an ambitious 'Desi' woman with interests in news and lifestyle. As a writer with a determined journalistic flair, she firmly believes in the motto "an investment in knowledge pays the best interest," by Benjamin Franklin.
Wills Lifestyle India Fashion week
2011 IIFA Rocks Fashion Show