Shaniera Akram reacts to ‘but this is Pakistan’ Saying

The “but this is Pakistan” saying has become prominent in the country, however, Shaniera Akram has now given her reaction to it.

"stop acting as though we don’t matter"

Shaniera Akram has revealed that she is not happy with people constantly saying “but this is Pakistan”.

Her frustrations come after the lockdown was eased in the country. Meanwhile, the saying has become more prominent, with citizens saying it to justify their wrongdoings.

Shaniera, who is not afraid to voice her opinions, stated that she was tired of people saying “but this Pakistan” to justify their actions.

Although Pakistan’s lockdown was eased, the threat of Coronavirus is still present.

Shaniera stated that she wants everyone to celebrate any festivities in isolation and for them to start taking responsibility for their actions.

She wrote on Twitter: “I wish for once, people would stop saying “but this is Pakistan” and stop acting as though we don’t matter and start to take some responsibility.

“We can’t just sit around waiting for someone to come fix everything all the time. We owe it to ourselves & our country to try harder!”

I wish for once, people would stop saying “but this is Pakistan” and stop acting as though we don’t matter and start to take some responsibility. We can’t just sit around waiting for someone to come fix everything all the time. We owe it to ourselves & our country to try harder!

She also urged everyone to stay at home during Eid and explained that it is the best thing to do in order to avoid spreading the virus.

“Anyone with a challenged immune system cannot risk celebrating Eid with anyone other than who they are quarantined with.

“If the people they are quarantined with go out and meet people, they are the ones likely to contract the virus and bring it home. Be smart everyone, stay home!” 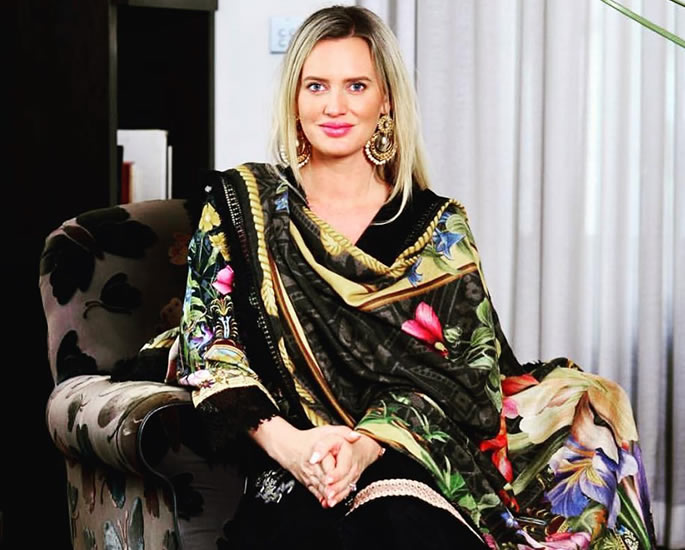 Shaniera went on to say that a challenged immune system can be anything from asthma and diabetes to all types of cancers and blood disorders.

She revealed that her husband, former cricketer Wasim Akram, would be celebrating alone because of his diabetes and that it would reduce any health risks.

Shaniera Akram previously took to Twitter to share her disappointment over the fact that people were not following social distancing guidelines after the lockdown was eased.

She said that she saw lots of traffic, congested streets and busy markets filled with people who were not wearing face masks and in close proximity to each other.

Shaniera revealed that these sights made her want to cry.

Seeing footage of traffic blocked roads, congested streets and market places and hundreds of people without even a mask on. This country makes me want to cry

Many of her followers agreed with her. One person wrote:

“Majority of the public is not being rightly made aware of the seriousness of COVID-19.”

“Even people who were serious before now have an arrogant attitude towards it. Some fault is with government’s and media’s awareness campaign.”

Actress Ushna Shah also supported Shaniera’s statement. She said that while the country was now open, citizens should still maintain their distance from others.

Dhiren is a journalism graduate with a passion for gaming, watching films and sports. He also enjoys cooking from time to time. His motto is to “Live life one day at a time.”
USA to Deport 161 Indians who entered Illegally
Motorist fled after Hitting & Killing Pedestrian at 72mph