Former Pakstan cricket star, Wasim Akram and wife Shaniera have trolled a newspaper on Twitter for mistaking him with Karachi Mayor Wasim Akhtar.

“I thought we cleared this up, guys. You had one job to do.”

The Urdu paper did a story about Wasim Akhtar claiming that a previous 30-year-old agreement between the Karachi Metropolitan Corporation (KMC) and the government had come to an end.

While the news story may be factual, the unnamed outlet shockingly put up a picture of Akram as oppose to Akhtar.

This is quite surprising that a mistake of this nature has taken place. Most people in Pakistan know Wasim Akram and his Australian wife, Shaniera.

On the contrary, not many people know Wasim Akhtar, unless one lives in Karachi or is an MQM supporter. Since 2016, Akhtar is the elect mayor of Karachi.

The ‘Sultan of Swing‘ probably did not expect to wake up and see his picture along with a news story about Karachi Mayor, Wasim Akhtar.

The ex-Pakistan All-Rounder went on Twitter, tweeting the paper’s clipping and writing:

“I thought we cleared this up, guys. You had one job to do.” 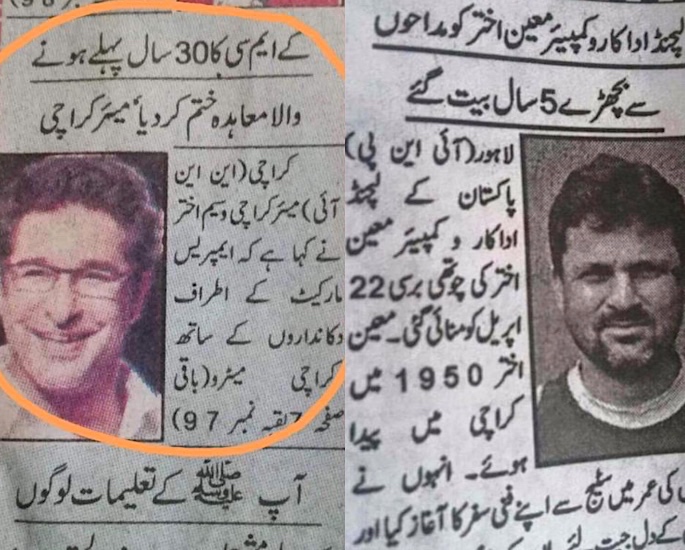 Some elements of the Pakistan press have a history of such errors. In the past, newspapers have written about celebrities, yet mistakenly attached pictures of cricketers.

Responding to the post by Akram, a social media user shared a historical error made by an Urdu Newspaper, tweeting: 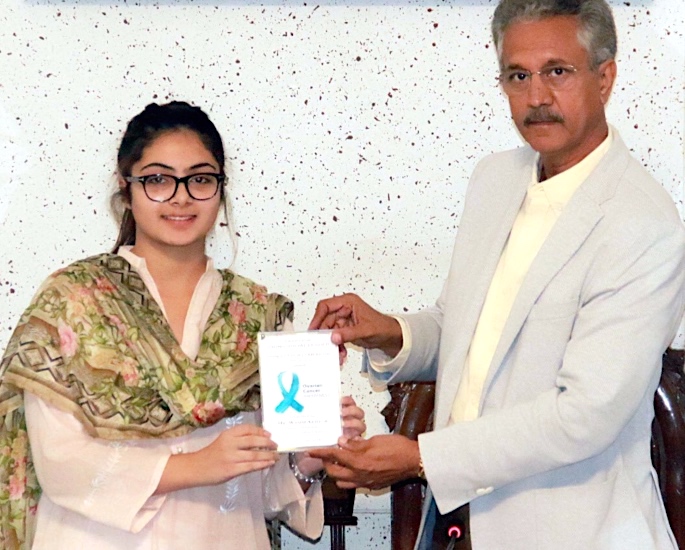 Checking the accuracy of information is vital. In respect t0 the Akram story, it is embarrassing for the publication that they did not place an image of the real Mayor, Wasim Akhtar.

And the most hilarious aspect is that Wasim has faced a similar situation in 2017 also. Even then he did question why he was being linked as the Mayor of Karachi.

At the time he amusingly tweeted:

“I’m the Mayor??? This morning I woke up as Wasim Akram and next minute I’m the Mayor of Karachi. How am I doing??”

I'm the Mayor??? This morning I woke up as Wasim Akram and next minute I'm the Mayor of Karachi. How am I doing?? https://t.co/gcN3YFPJL0

Regardless, Akram’s wife, Shaniera who is fondly known as the Bhabhi of Pakistan was surprised by the news.

Replying to her hubby jokingly on Twitter, she said:

“You are the mayor of Karachi again ? Why are the wives always the last to know.”

You are the mayor of Karachi again ? Why are the wives always the last to know…????? https://t.co/sEl7HUkO3S

In many ways, Shaniera was also having a dig at the newspaper who was responsible for the unnecessary confusion.

Twitterati found Shaniera’s response and the story quite funny in general.

Communicating with Wasim and Shaniera Akram, people gave their different views about the whole episode.  Even though some of the tweets were shady,  most of them were fun and in the best of spirit.

But there were some global fans who were a little perplexed. Some people did not understand Urdu, whilst others began to believe the story and that Akram was possibly the Mayor of Karachi.

There were others who did support the idea of Akram actually following a political career.

Presenting the example of an Amercian actor turned politician, one fan posted:

“Lols y not. if Arnold shwarznegger can be mayor y not you!”

Another member of the Twitter fraternity mentioned: “Well u would make a good mayor.”

“May be the Mayor of Karachi Kings, soon to be, @wasimakramlive :-).”

May be the Mayor of Karachi Kings, soon to be, @wasimakramlive 🙂

With Shaniera Akram being the popular Pakistani Bhabhi (sister-in-law) and husband Wasim an all-time cricket legend, fans have certainly not dismissed all possible eventualities.

As Wasim Akram has many similarities with his mentor Imran Khan, some fans will visualise him as a Prime Minister and Shaniera as the First Lady.

Shaniera, in particular, has been a positive role model on social media ever since she married Wasim Akram on August 12, 2013.

Shaniera is not one to shy away from complex topics. On October 29, 2018, she diplomatically reacted to a sexist tweet by Ameen Haq, a Pakistani cricket agent who represents Shoaib Malik.

Meanwhile coming back to the main and sub-story, it is interesting to note that both Wasim Akram and Moin Khan share the same first name as Wasim Akhtar and Moin Akhtar (late).

Despite this being a coincidence, there is no excuse for putting a picture of someone completely different to what is being reported.

Wasim Akram, wife Shaniera and fans are effectively trying to correct those who are presenting an inaccurate picture of celebrities.