It’s just week one and Bigg Boss 10 is already a hit with audiences. DESIblitz brings to you details about Salman Khan’s interaction with the housemates.

The previous week was filled with many bittersweet moments as the Indiawale ‘Maliks’ continue to rule the house while the celebrities dread their ‘Sevak’ status.

And, finally, the most awaited night is here when the megastar and host Salman Khan will give the housemates a quick reality check on how they have fared in the previous week in the Bigg Boss – Weekend Ka Vaar episode.

In order to set the tone for the evening, Salman Khan interacts with the contestants through Jio TV and asks them to share their experience of staying at the house.

While some state that they found it little difficult and challenging to adjust to the surroundings, others say that they had a wonderful week with few ups and downs.

On being triggered by Salman, celebrities and Indiawale open their complaint box and present their views in front of him.

Celebrities say that the ‘Maliks’ of the house are making unrealistic demands and pushing it too far with their unjust behavior. 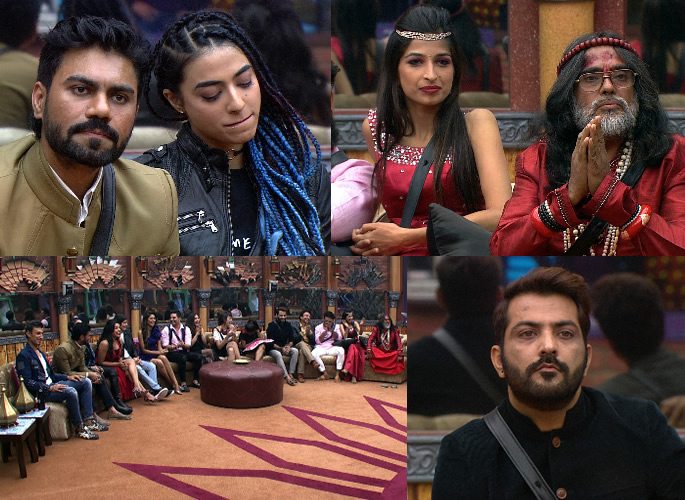 On the other hand, Indiawale claim that the attitude of the celebrities towards them has been quite indifferent throughout the week and it has put them in a fix.

After hearing both the sides, Salman presents his assessment and opinion. He pulls up Manoj Punjabi for his inappropriate behavior and for not knowing Rohan Mehra’s name even after staying with him under one roof for over a week.

When Manoj tries to put forward a justification and apologises for his mistake, Salman cuts him off and says: “Yeh toh Bataamizee hain.”

Furthermore, he also disapproves Priyanka Jagga’s shrewd behavior and asks her to be more courteous with her fellow housemates.

Adding a little fun to the seriousness, Salman Khan asks Lokesh to perform her rendition of Bigg Boss rap and asks her to speak a few words about the nominated contestants in her unique style.

Later on, a new element called Khalnayak Khursi is introduced that creates a lot of intrigue in the minds of the contestants.

Salman asks the housemates to nominate a contestant who is the Khalnayak of the house and deserves to sit on the chair for a quick interrogation.

One by one every housemates name one contestant who is a villain in their eyes and majority of votes point towards Swami Om and Priyanka Jagga.

Mariya is a cheerful person. She is very passionate about fashion and writing. She also enjoys listening to music and dancing. Her motto in life is, "Spread happiness."
Karthik shows off Sweet Selling skills in Week Three of The Apprentice
Tu Hai Mera Sunday centres on Life, Friendship & Football