Having its world premiere at the 60th BFI London Film Festival, the Tu Hai Mera Sunday team talk to DESIblitz about their fun-filled experience on the film!

"He's a confident person who knows what he wants out of life."

Tu Hai Mera Sunday (THMS), internationally known as ‘You Are My Sunday’, enjoyed its world premiere at the 60th BFI London Film Festival, as part of the festival’s Love Gala on 15th–16th October 2016.

This buddy movie narrates the story of five friends who are banned from playing a football after a senile old man kicks the ball into a nearby political rally.

Therefore, the friends are punished by not being able t0 play football – which is a way of escaping the daily stress in their lives. It stars the likes of Barun Sobti, Shahana Goswami, and Avinash Tiwary.

DESIblitz caught up with the director Milind Dhaimade and some cast members to find out more about this funny drama about friends. 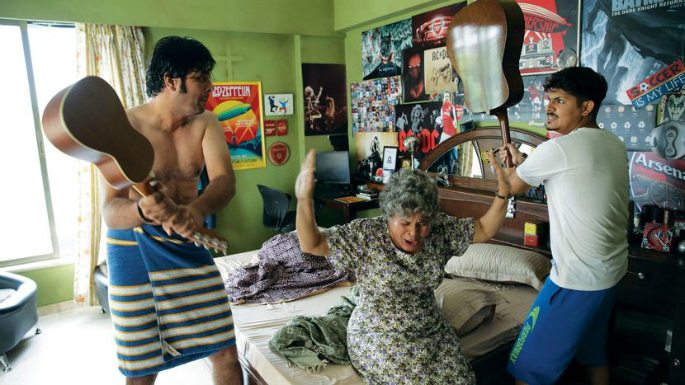 Tu Hai Mera Sunday marks the directorial debut of Milind Dhaimade. Having a background mostly in advertising, this feature film seems to be quite close to Milind’s heart:

“A large part of the story is inspired by a bunch of guys who really play football at Juhu Beach every Sunday. One of them is a close friend of mine, so I took him as an example and said, ‘Okay, what if a guy like him can’t play football? then what will happen to him?'”

There is a strong emphasis on Pressure vs Pleasure in the narrative, which is also quite evident in films like 3 Idiots. So how was Milind’s objective different here?

“Extraordinary achievements is kind of becoming an urban theme. I thought maybe I could do something about pursuing happiness and being happy for a change.”

“I see football as an underdog sport. It’s coming up, but what you see is people are still following it more of passion. For me, that was a good start point because you’re doing something because you love it.” 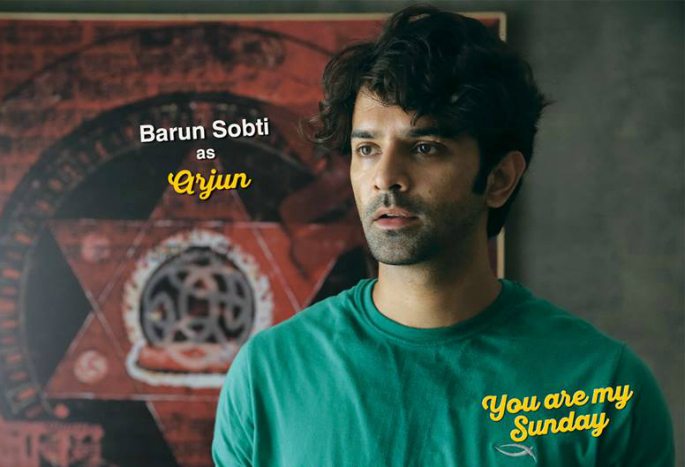 “Arjun is a bunch of all regular guys, basically. The personal relationships he has with the other boys makes him the centre of the group. Besides these attributes, I’d say he’s a confident person who knows what he wants out of life.”

Since the film focuses on football. We asked Barun what his core ‘goal’ in life is:

One can see Barun next in the web-series, Tanhaiyaan and John Abraham’s Satra Ko Shaadi Hai. 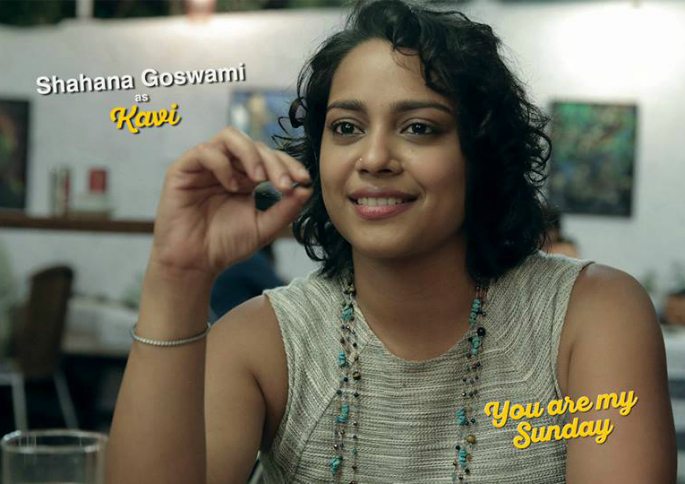 From Firaaq to Midnight’s Children, Shahana is one of Indian cinema’s finest actresses.

She alongside Maanvi Gagroo and Rasika Dugal play strong female protagonists which have a central role alongside the men.

“Kavi is a very strong, independent girl and likes to enjoy life. She’s a very real woman of today.”

Talking about her chemistry with the lead male character, Arjun, she adds:

“She meets Arjun through her father (the ‘senile’ man). The relationship starts with each Sunday, he takes my father to give me a little relief and how that relationship continues is what our track is kind of about.”

Post Tu Hai Mera Sunday, Shahana will briefly reprise her role of ‘Debbie’ in Rock On 2. 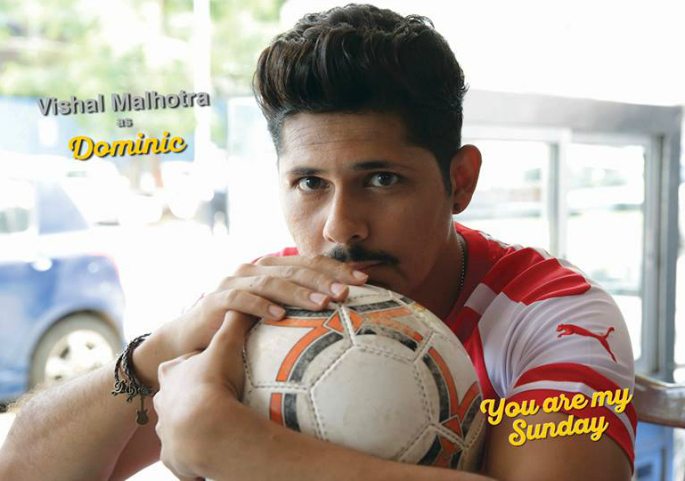 After appearing in popular commercial ventures like Happy New Year, Kismat Konnection and Ishq Vishk, Vishal explains what attracted him to this feel-good film:

His character Dominic seems to be inspired by Ronaldo. So will we see him play footie like him?

“I’m actually better than him,” he laughs. Vishal then jokingly describes an imaginary situation in which Ronaldo saw the trailer of Tu Hai Mera Sunday.

A humorous moment takes place when Barun interferes and reads the fun-facts about how Vishal was the most ‘sluggish player during football practice’ but ‘the most kickass player during the actual takes in the film.’ 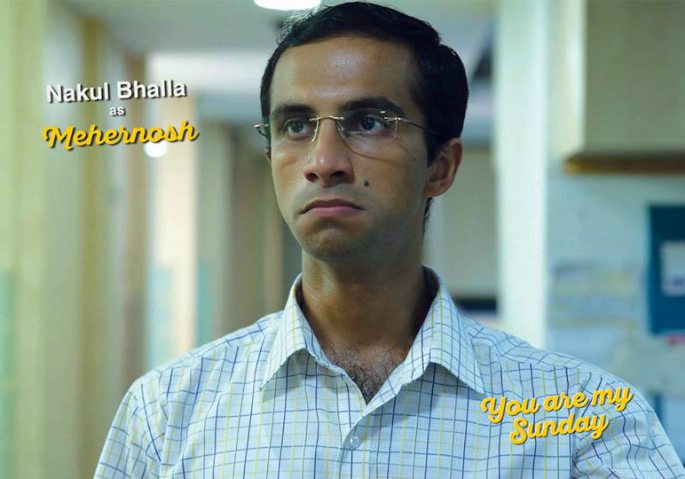 Despite his background in theatre and cinema, THMS is Nakul’s first feature film project.

Talking about the stern and quirkiness of his character, Nakul explains:

“He finds it a little tough to come to terms with the transgressions around him. Somehow, he tries to make sense of it in his head, but is not able to.”

One can certainly look forward to more funny quotients from Nakul in the movie! 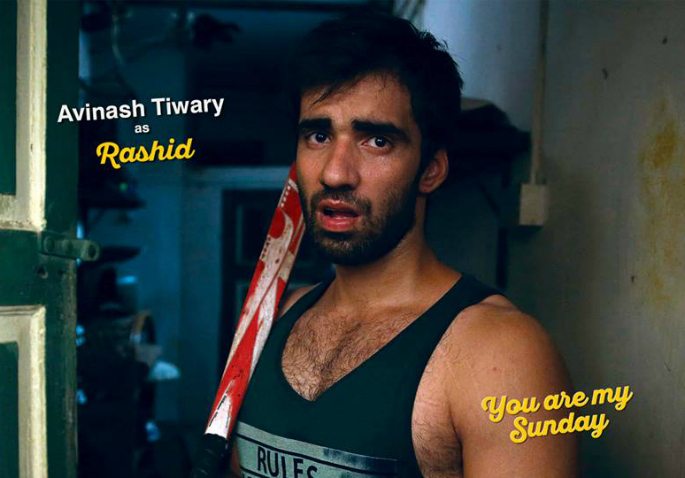 Avinash last appeared in Anurag Kashyap’s TV series, Yudh alongside Amitabh Bachchan. DESIblitz asks how the transition from small screen to big has been for him:

“Post Yudh, a lot of opportunities came up, but nothing really got materialised until this film. It’s been a process and now I’m here.”

“The rehearsals have been the most fascinating part. I hated football and I had to learn to play it for this film. I never knew I would enjoy it so much.” 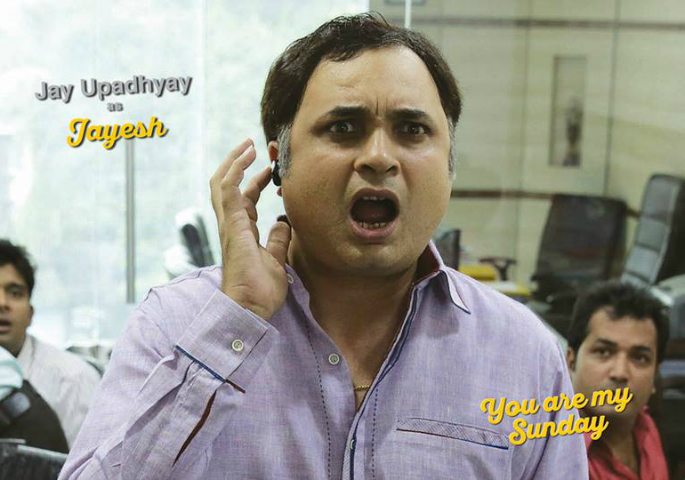 Before films and television, Jai has had an extensive experience in theatre. He has also appeared in a Gujarati film. How was his Tu Hai Mera Sunday journey?

“This has been a life-changing experience for me, the rehearsals and the bonding that we have are very different. This is actually a culture shock for me!” He laughs.

Listen to the full interview here:

Tu Hai Mera Sunday is a wonderful debut for Milind Dhaimade. It is a contemporary drama that centres around a group of friends and their passion for the beautiful game.

Anuj is a journalism graduate. His passion is in Film, Television, dancing, acting and presenting. His ambition is to become a movie critic and host his own talk show. His motto is: "Believe you can and you're halfway there."
Salman starts Bigg Boss Weekend Ka Vaar with a Bang
First Eviction on Bigg Boss 10 leaves Crying Contestants