DESIblitz explores the Sunday Weekend Ka Vaar episode of Bigg Boss 10 along with all the entertainment and drama that unfolded during the first eviction.

After securing Manoj Punjabi from nominations on Saturday 22nd October 2016, Salman Khan opens the Sunday episode of Bigg Boss 10 with an electrifying performance on his popular number ‘440 volt’.

And, adding some spice to the show was the former Bigg Boss contestant, Kamya Punjabi, joining Salman Khan as a Bigg Boss analyst and sharing few words of wisdom.

Salman gives a sneak peek of the ranking task to Kamya and asks her opinion on how the contestants are conducting themselves inside the house.

Kamya mentions that while Indiawale are playing the game cautiously and smartly, celebrities are dawdling and not showing efforts in performing the tasks. 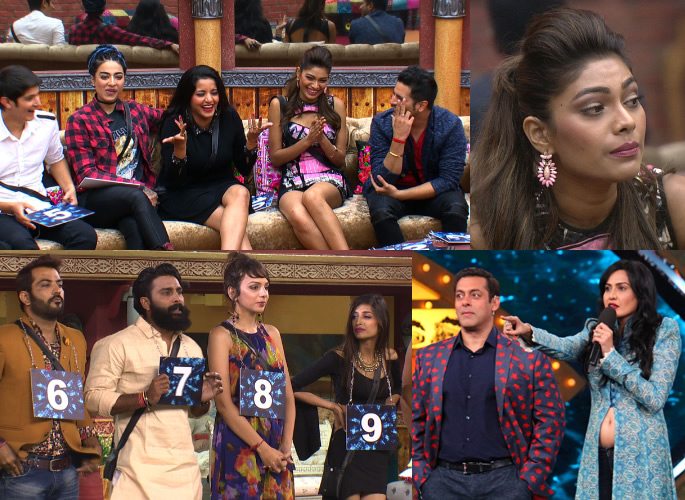 She adds that the audience have a lot of expectation from the celebrities but they are failing to strike a balance while Indiawale are on a winning streak.

While she lauds Priyanka for her incredible performance in the rocking horse task, she criticises Bani for underperforming and giving up on the task.

Some of Kamya’s hard-hitting statements do not go down well with Swamiji and it spawns an argument between him and Lopa.

Further, Salman conducts ‘Salman Ki Sabha’ with commoners on the panel consisting of a bus driver, fashion designer, housewife and a lawyer from different cities who interact with Salman and give their perspective on celebrities and Indiawale’s performance in the house.

They reveal that while the commoners are outshining celebrities and giving them a stiff competition, celebrities need to lose their inhibitions and strike a connect with the Indiawale contestants.

Showcasing a montage of Swamiji’s funny antics through pictures, Salman asks the contestants to interpret what is on Swamiji’s mind. Adding a little more fun to the show, Salman asks Priyanka to teach Swamiji and Lokesh American accent. 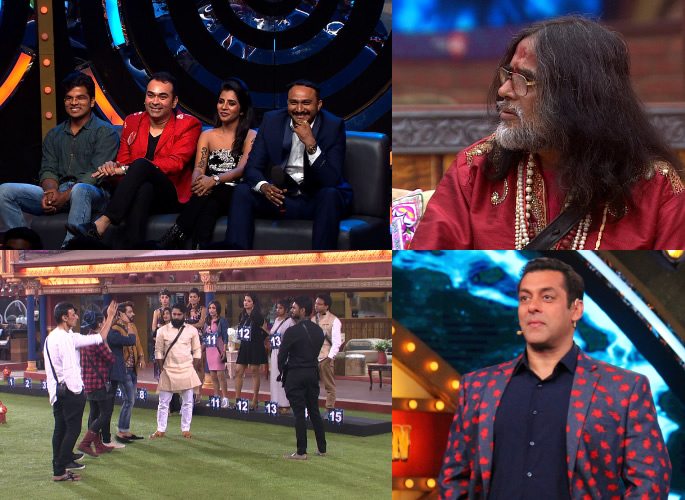 Towards the end of the episode, Salman finally breaks his silence and announces the name of this week’s evicted contestant.

The ill-fated contestant to get evicted from Bigg Boss in the very first week is Priyanka Jagga. After her eviction, some Indiawale are seen getting emotional and crying uncontrollably.

They are unable to come to terms with the fact that Priyanka got ousted from Bigg Boss House owing to receiving the least number of public votes compared to the other nominated contestants.

What’s in store for Indiawale and celebrities in the coming week of Bigg Boss 10? Watch this space to find out.

Bigg Boss is telecast every day at 9 pm on COLORS TV UK.

Mariya is a cheerful person. She is very passionate about fashion and writing. She also enjoys listening to music and dancing. Her motto in life is, "Spread happiness."
Tu Hai Mera Sunday centres on Life, Friendship & Football
Priyanka Jagga gets evicted from the Bigg Boss House