Meet the Contestants of Bigg Boss 9

Exes, couples and TV personalities dominate the line-up for India’s favourite reality TV show, Bigg Boss 9. DESIblitz introduces you to all the contestants!

The list just wouldn’t feel right without a foreign stunner thrown into the mix!

Salman Khan rocked a shaved head and smart black suit as he kicked off the intro show with typical naach and gana!

He roped in friends Ellie Avram and Daisy Shah to get the party started, before he finally unveiled the contestants.

DESIblitz has all you need to know about everyone at the Bigg Boss 9 house this year! 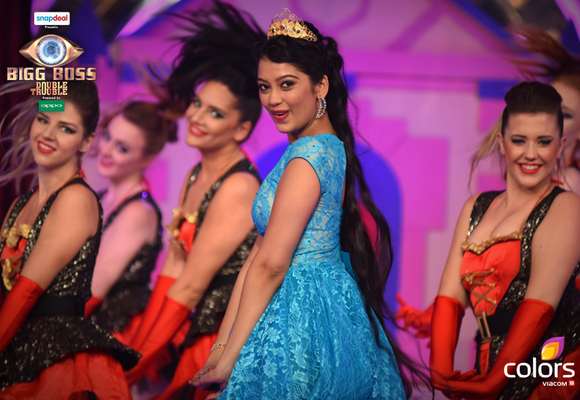 The youngest contestant of the show is adored by fans for her role in TV drama Veera.

Having watched previous episodes, 17-year-old Digangana says she has a rough idea about what to expect and hopes she makes ‘her people’ proud. 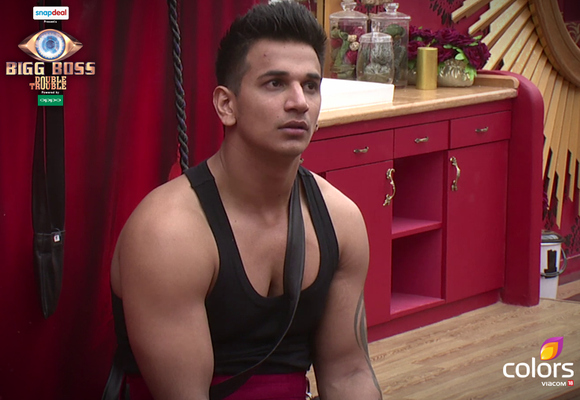 Sadly, this young prince has had very little luck with the ladies so far, as none of the girls wanted to pair with him.

Only time will tell whether he takes the crown or is knocked off his throne!

Brave TV actress Roopal will come face to face with her ex, Ankit Gera, 24 hours a day in the house.

Their break up has been been described as ‘nasty’ by the media.

Could a patch up be on the horizon or will it be a case of airing your dirty laundry in public? 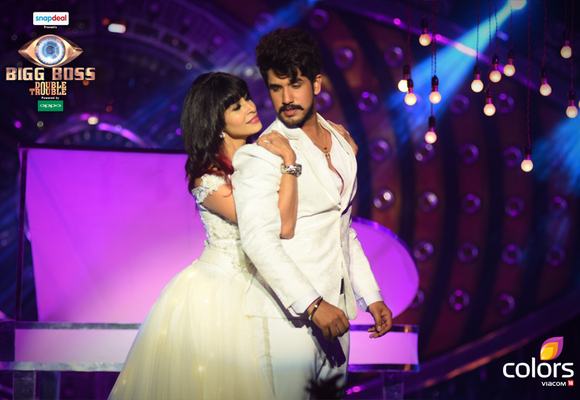 Another Jodi who have decided to enter the Bigg Boss house. Kishwer is a familiar face who is known for Hip Hop Hurray.

Rumour has it that the pair will marry early in 2016 after Bigg Boss ends. Fingers crossed their stay at the house goes plain sailing!

The Baghban actor is a well known showbiz personality.

More recently he has been in the news for demanding too much money for a TV show.

Let’s see if his tantrums bring him spotlight in the house. 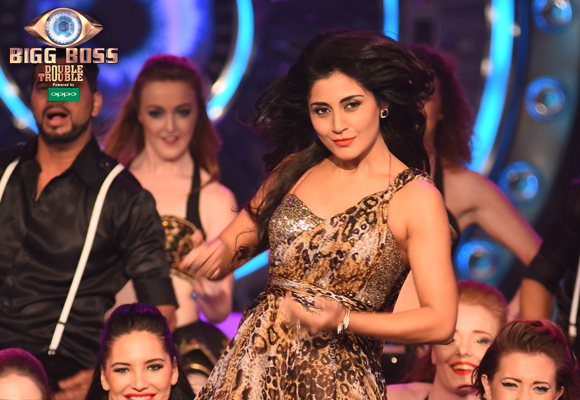 Rima is probably one of the more famous faces in the lineup,

The sultry actress has tried to live her Bollywood dream by starring in films alongside Abhishek Bachchan, Akshaye Khanna, as well as opposite Salman Khan himself.

Strangely, she told Salman on the show: “I don’t have many friends.”

Salman says he is hoping being locked up with so many people will challenge her. 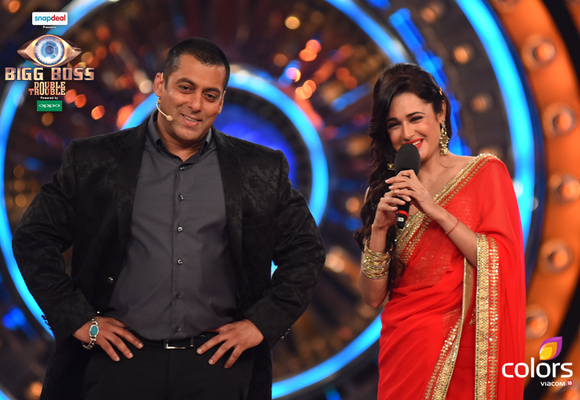 Despite her dare to bare, she failed to generate the interest in Bollywood she had hoped for.

She is definitely easy on the eye, but will this be enough to re-establish herself?

His loud snoring isn’t sitting too well with some contestants in the house.

Let’s just hope he doesn’t send the viewers to sleep. 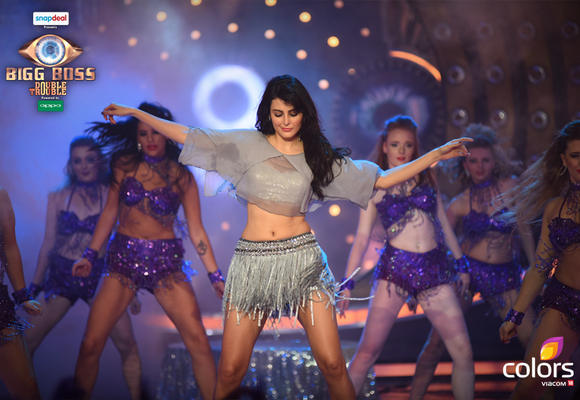 Now the list just wouldn’t feel right without a foreign stunner thrown into the mix.

She has appeared in a cameo role in Roy.

The model-actress will follows in the footsteps of previous contestants such as Ellie Avram. 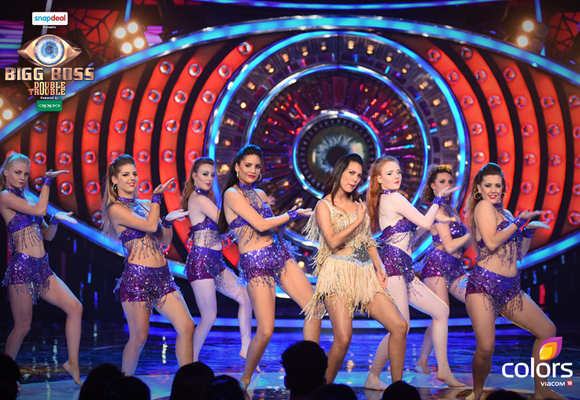 He is paired with another model in the double trouble jodi’s and by the looks of things Keith is looking pretty happy.

Maybe Rochelle changed her relationship status on Facebook too soon and should have waited until the end of the show! How will she cope? 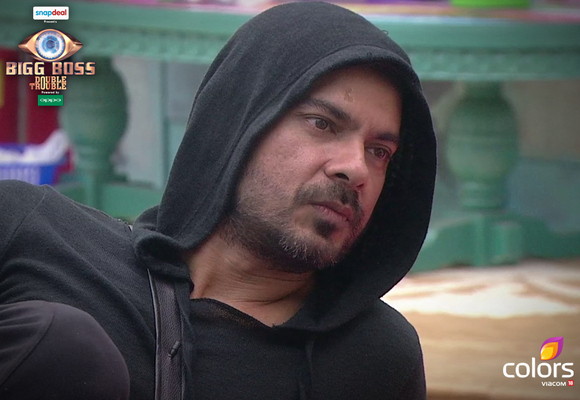 Keith is a popular VJ on Indian TV and is the second couple to have entered the Bigg Boss house.

His other half Rochelle revealed their relationship status on Facebook.

There has been a lot of buzz surrounding this TV hunk.

Known for his ever changing love life, could he be this year’s Gautam Gulati?

Maybe he will form one half of this year’s Bigg Boss romance that viewers are always desperate for?

Now Arvind is definitely someone that stands out from the crowd with his distinct style and music, with songs such as ‘Bhai Bhai’ from Goliyon Ki Raasleela Ram-Leela.

Let’s see if he manages to entertain both the viewers and contestants during his stay. 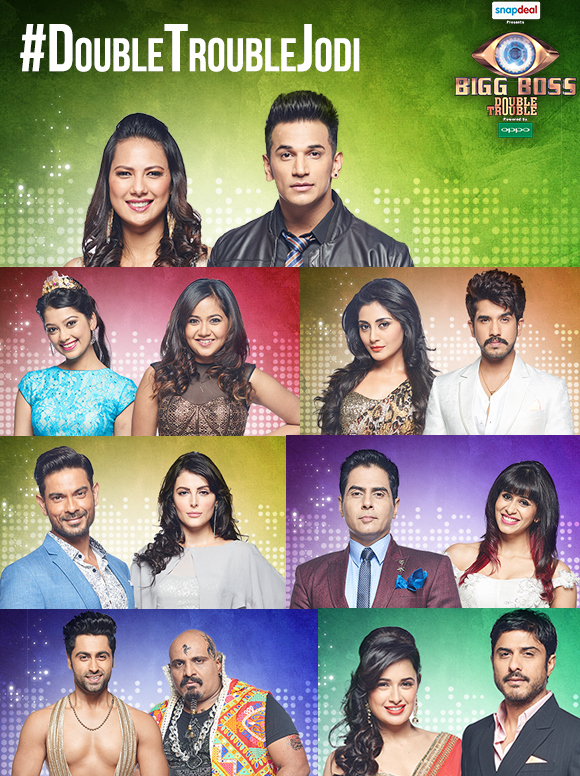 In this year’s brilliant twist, the contestants are tied together and must remain side by side at all times!

So who is paired with who? Here is the full list of Double Trouble Jodis:

Well, with so many personalities locked in together, there is plenty of scope for some tantrum, fighting and love dilemmas to begin!

Catch Bigg Boss 9 every weeknight from 10.30pm on Colours TV and 9pm with Salman Khan on weekends.

Good luck to all the contestants!

Transwoman Bobby Darling to Get Married?
Quantico takes down Empire as Most Popular Show