Meet the Contestants of Bigg Boss 10

Calling all Bigg Boss fans! The tenth season kicked off on October 16, 2016 with a few special guests. Meet the contestants of Bigg Boss 10 here.

After the immense anticipation, Bigg Boss 10 premiered on October 16, 2016, on Colors TV.

Once again the show will be hosted by the superstar, Salman Khan. But the premiere saw a very special guest, the ‘Return Of Xander Cage’ beauty, Deepika Padukone open the doors for all housemates.

The season proves to be a historic and memorable one already since the house unites Common men and women with Celebrities.

DESIblitz presents you the final list of BB10 housemates to expect this series! 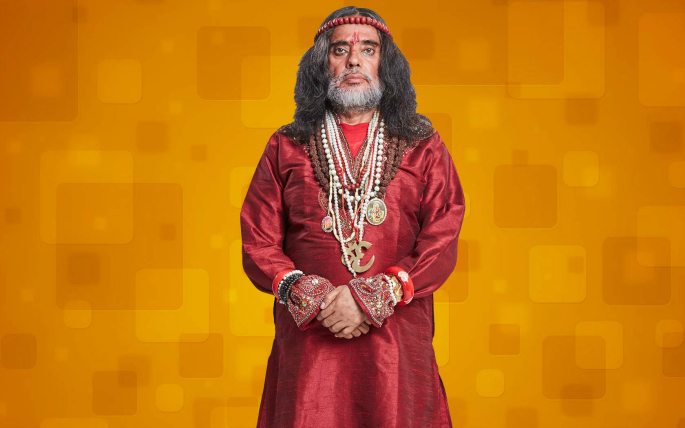 A 59-year-old Sanyasi and ‘Tantrik’, who apparently predicts the future of others. His motive for entering Bigg Boss 10 is to make the world a better place.

He has already raised eyebrows by telling Deepika Padukone that he once kicked Hollywood actress Elizabeth Taylor on her hip as she was wearing “revealing and transparent” clothes.

How will he cope in a house with strong, open-minded and modern women?! 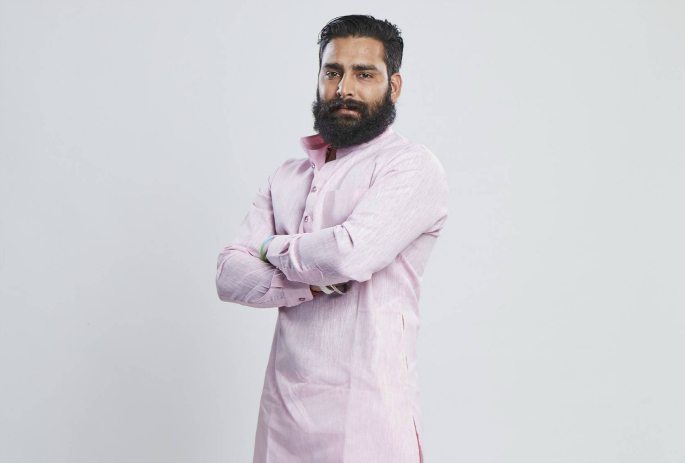 Aged 29, his rustic and brawny avatar is ideal for a Dabanng in a show like Bigg Boss!

Plus, he has confessed that he has a short-temper, so don’t get him angry! 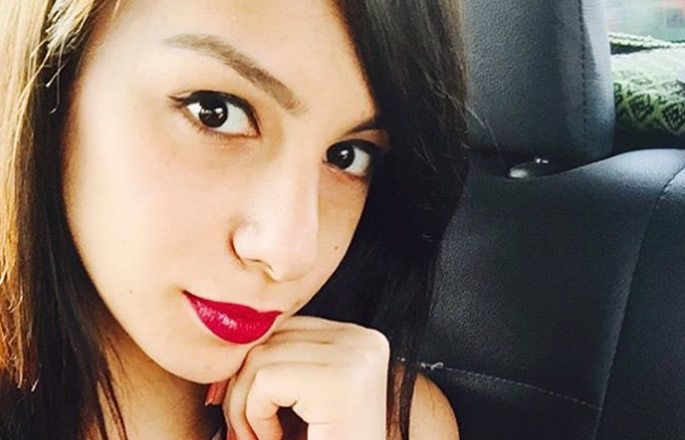 This 23-year-old glamorous girl is from Kashmir and works in Google India. On launch night, she exhibited her angelic vocals by singing ‘Main Hoon Hero Tera’ with Salman.

One looks forward to seeing what more this Delhi-based girl can bring to the BB house this year! 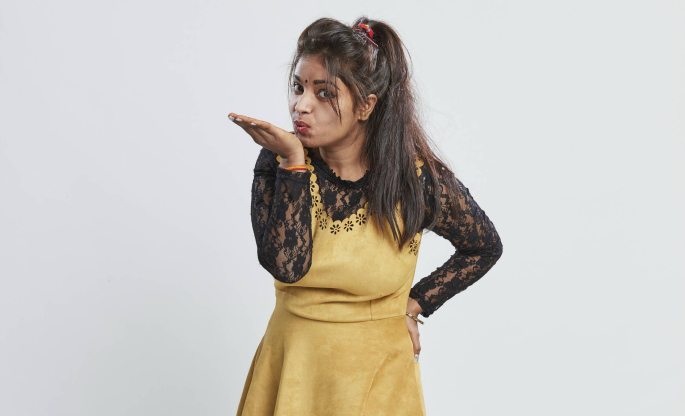 Whether you love or hate her chirpy attitude, one will not be able to ignore her!

After all, who can dare to ask Deepika in person: “Are you Deepika Padukone?” 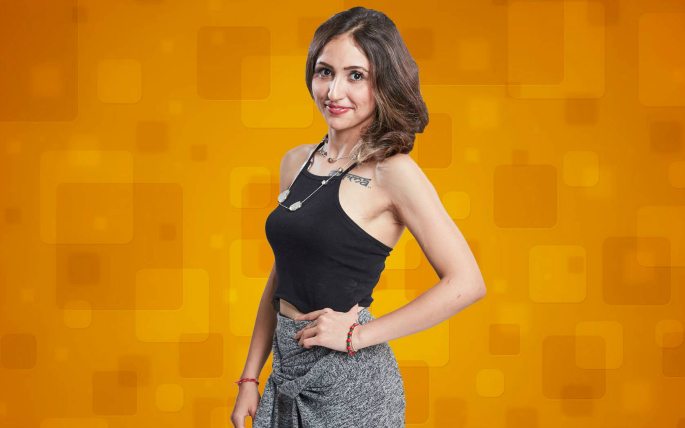 One of the most interesting housemates we have this year. Meet Akanksha, the 25-year-old estranged wife of (cricketer) Yuvraj Singh’s brother.

Escaping a torturous wedlock, Akanksha’s motive is to prove that women are never helpless and must remain strong at all times. Surprisingly, she hasn’t got divorced yet.

Akanksha promises to be a strong housemate! 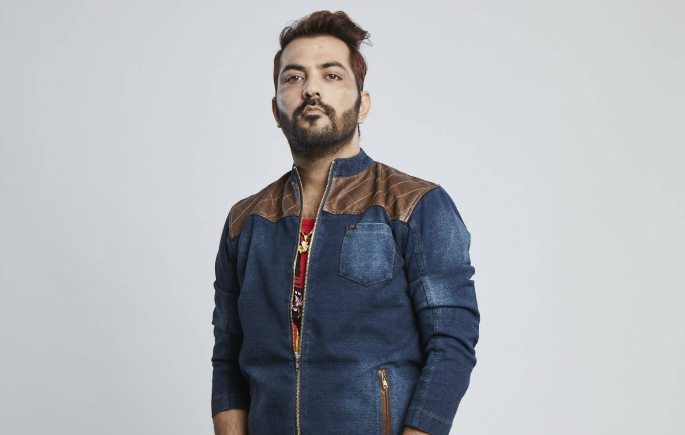 This 34-year-old real-estate businessman, based in Jaipur is set to go all out for making the most of his Bigg Boss 10 experience.

“Impossible is not a word in my dictionary. I can really push my limits inside the Bigg Boss house and I would drink the water of the entire swimming pool for a task if needed.” 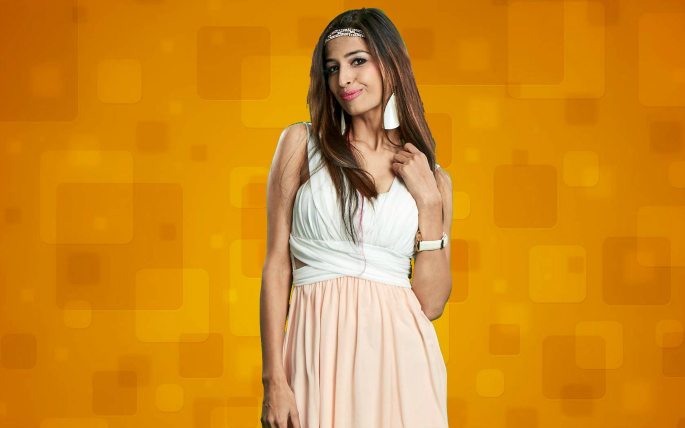 The 32-year-old yummy mummy is a former recruiter working in marketing.

She’s not your typical mother and is set to spice up the house this year! 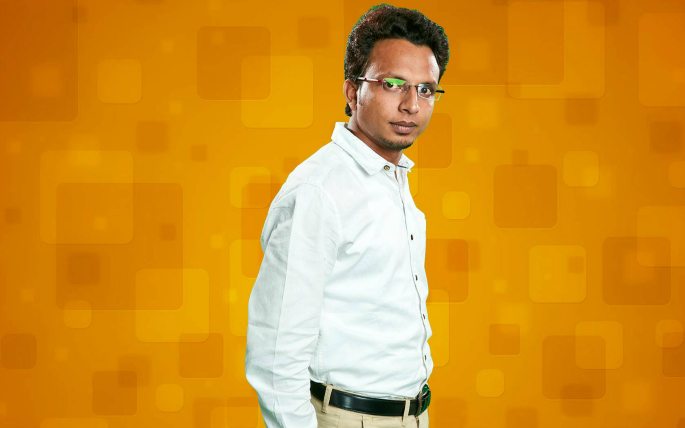 From his first glimpse, Navin seems to be quite outspoken, confident yet has a sense of humour.

Let’s see what this Bihari Babu brings to the Bigg Boss house! 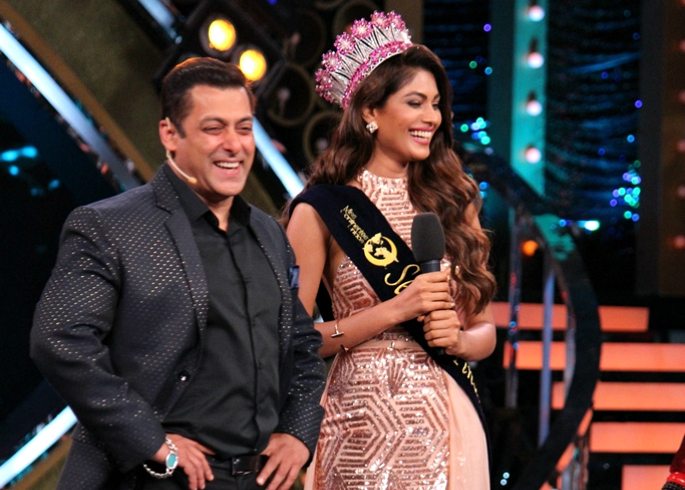 Lopamudra is a model and beauty queen from Nagpur.

She represented India at the ‘Miss United Continents 2016 pageant and was subsequently crowned 2nd runner-up.

Her gorgeous look, height and heart-piercing smile will leave all the male contestants in the house infatuated – except Swamiji, of course! 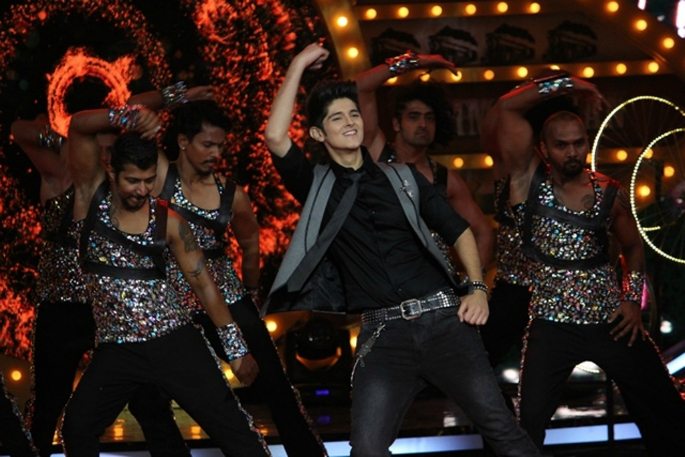 *Sob Sob* our Naksh from the Star Plus hit – Yeh Rishta Kya Kehlata Hai –  truly has grown up.

Even more so, since he has entered the Bigg Boss house! Talking of his expectations, Rohan says:

“I don’t know what I might discover about myself when in the house but I will learn good as well as bad things about myself.”

All the best Duggu! 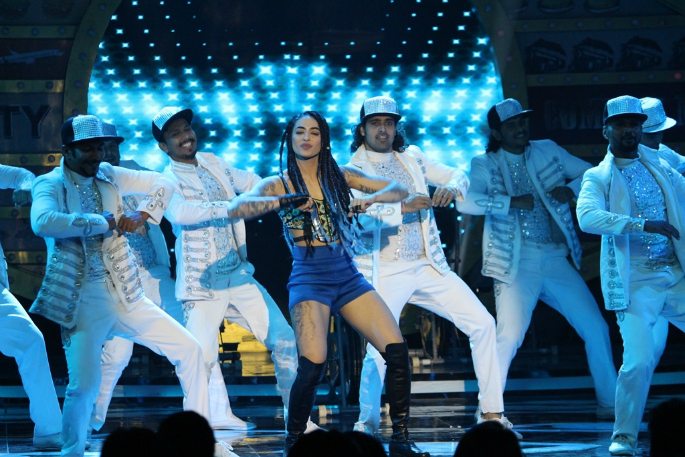 “Even though many of my friends have participated as contestants I have never seen a single season of Bigg Boss,” the ex-MTV Roadies contestant says.

After appearing in hit reality shows like Khatron Ke Khiladi and featuring in films, Gurbani Judge aka VJ Bani has entered this year’s BB.

Her strong-minded prowess and sincerity will be perfect for Bigg Boss 10! 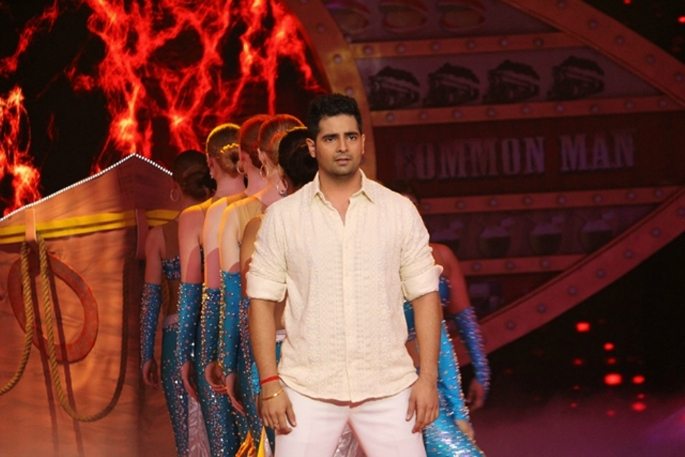 ‘Where has the old Naitik disappeared to?’

It wouldn’t be wrong to say that we have missed Karan Mehra from Yeh Rishta Kya Kehlata Hai.

But it seems like, after reel-life son, Papa Naitik has also joined him in the Bigg Boss 10 house.

Even though we’ve caught glimpses of Karan as himself in Nach Baliye, it would be great to see more shades of him in the BB house! 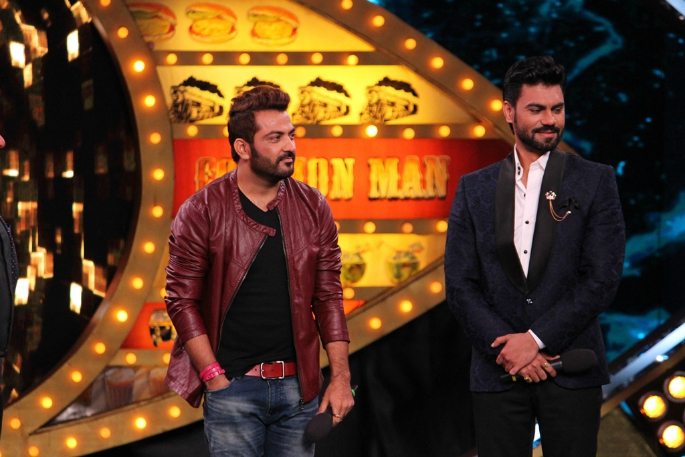 Yes, the Uttaran actor also joins the list of BB inmates this year.

Alongside serials, Gaurav has also been in reality shows like Nach Baliye and Zara Nachke Dikha. 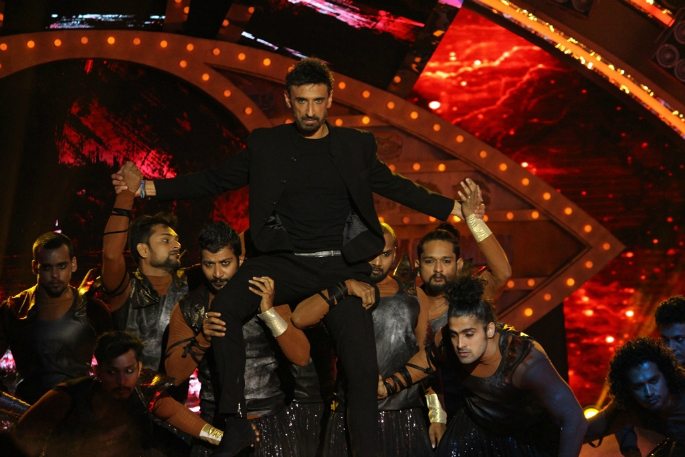 We last saw Rahul in the love reality-show, Power Couple, with his beau Mugdha Godse.

Post essaying villainous roles in Bollywood, Rahul could prove to be the hero of Bigg Boss 10. 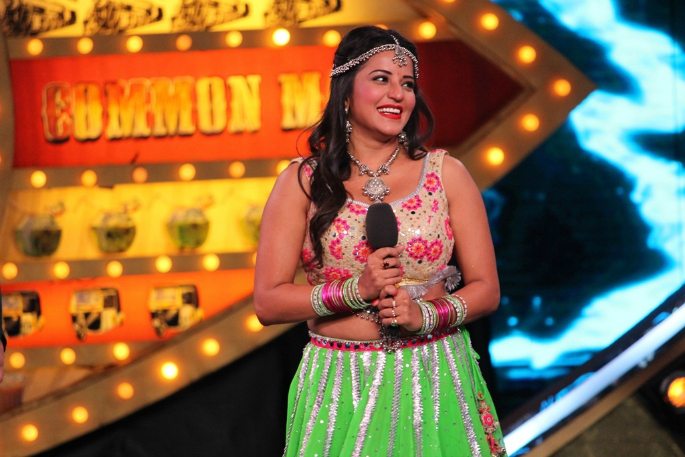 Antara Biswas aka Mona Lisa has worked in over 100 Bhojpuri films and features in Blackmail alongside Ajay Devgan and Suniel Shetty.

She is also set to sizzle up the tenth season of Bigg Boss!

Overall, as SRK says in Chennai Express: “Don’t underestimate the power of the common man.”

Bigg Boss 10 certainly emphasises this. One looks forward to seeing this epic jugalbandi between these ordinary contestants vs. the celebrities. Let the games begin!

Bigg Boss 10 will be shown on Colors TV UK daily at 9pm.

6 Love Lessons Kuch Kuch Hota Hai Taught Us
Is it True? Have Ranveer and Deepika Split-Up?