Is it True? Have Ranveer and Deepika Split-Up?

Reports around B-Town say Ranveer and Deepika have split up. Is this true or gossip? DESIblitz explores to find out more.

"I always struggle to articulate what love feels like. But, it’s about a connection of souls."

Bollywood is abuzz with news that superstars, Ranveer and Deepika, have parted ways.

This has come as a huge shock to ‘Ran-Deep’ fans.

Stories of the break-up of B-Town’s ‘it’ couple have been doing the rounds in the real and virtual worlds for some time now.

Though both actors Ranveer Singh and Deepika Padukone have never publicly admitted to them being in a relationship, their sizzling hot chemistry on and off-screen has always left many tongues wagging.

The duo’s ‘Befikra’ (carefree) indulgence in PDA before the cameras at film or non-film events has always left the public and the Hindi film fraternity believe they are for sure a couple.

Now, unfortunately, it seems, there is trouble in the Ranveer and Deepika love paradise.

Some media reports claim that Ranveer and Deepika  have broken-up, whereas others argue that the love birds have only taken a ‘break’ to resolve their differences.

On the other hand, a section of the media claims, both are still together and very much in love. They haven’t called it quits – latest news surrounding the two, are nothing but, baseless rumours.

Meanwhile, in an interview given to PTI recently, Ranveer Singh’s take on ‘love’, has got many thinking, given its philosophical and poetic tone.

Is the hot bod, 24/7 high on energy, enthusiastic actor sad? One can only wonder.

“Love is not just an emotion. Love is a concept that artists time immemorial have tried to express, understand, comprehend, experience, articulate but till date, it’s not ever been understood or explained”

Speaking about the subject of ‘love’ he further states, “Love has to do with one’s soul. I believe we all have a soul in all of us. Love is loosely thrown around, but it’s a big thing. When you love someone it is absolute purity. I always struggle to articulate what love feels like. But, it’s about a connection of souls.”

Whatever the case is, truth is that Ranveer Singh, Deepika Padukone and Shahid Kapoor, are shooting for director Sanjay Leela Bhansali’s new movie, Padmavati, slated for release in November 2017. 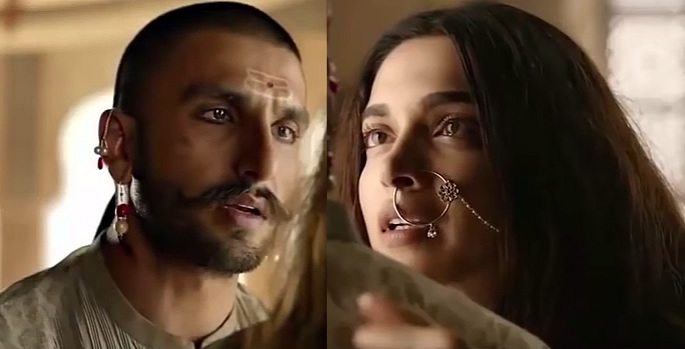 If matters have indeed gotten sour between Singh and Padukone, it would be of interest to see if they behave like thorough professionals on the sets of Padmavati or more news emerges about their doomed love saga.

Media reports about Shahid and Ranveer being at loggerheads with each other regarding their roles in Padmavati and Deepika’s affectionate twitter exchange with Shahid has given rise to more speculations about the escalating tensions between Bollywood’s Bajirao and Mastani.

For those of you who don’t know, news reports of the link-up of Bollywood hunk, Ranveer Singh and gorgeous leading lady, Deepika Padukone, first appeared in the year 2013, when both starred in Bhansali’s, romantic-tragedy film, ‘Galiyon Ki Rasleela Ram-Leela’. The movie was very well received by the audience.

While Deepika Padukone bagged her first Filmfare award for best actress for playing Leela Sanera, Ranveer Singh got a Filmfare nomination for best actor for his powerful role as Ram Rajari.

The ‘Band Baaja Baraat’ actor has never looked back since then. He not only gained a formidable position in Bollywood but also established himself as a promising actor and somebody to watch out for given his acting prowess in the film.

The highly talented and beautiful, Deepika Padukone, who was already an A-lister in Bollywood then, gained more popularity with the movie increasing her fan base.

Meanwhile, the Indian press and Hindi cinema lovers started getting more and more interested in the closeness brewing between Ranveer and Deepika. 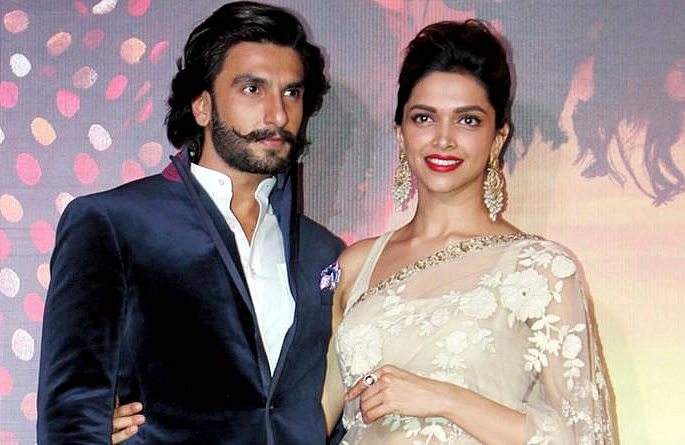 Two years later, in the year 2015, Bajirao Mastani, was made. The film was lauded for stellar performances by Deepika and Ranveer. The blockbuster also paved way for what millions believe to be a real love story, in Bollywood, that was to be most spoken and written about, in the days to come.

It is thought, Ranveer Singh and Deepika Padukone have been in an on-off relationship, from the time they started seeing each other. So, if this is a time-out for the couple, their fans can only hope they are still together or resolve their differences to be back together soon, stronger than before.

Mariya is a cheerful person. She is very passionate about fashion and writing. She also enjoys listening to music and dancing. Her motto in life is, "Spread happiness."
Meet the Contestants of Bigg Boss 10
Bigg Boss 10 Maha Episode exposes Secrets