Are Deepika and Ranveer expecting Their First Child?

Deepika and Ranveer fans have been in a frenzy since the speculation about the couple having a baby were ignited by an Instagram exchange.

"It will happen when it has to happen."

Speculations of Deepika Padukone being pregnant are doing the rounds after a cryptic Instagram exchange took place between hubby Ranveer Singer and Deepika.

Deepika left a “Hi Daddie” message on Ranveer’s Instagram which immediately grabbed the attention of fans speculating if she is pregnant. Then, Ranveer replied “Hi Baby” with a waving and heart emoji, which sent fans into even a further frenzy.

The series of picture posts even got more attention when their close friend Bollywood actor Arjun Kapoor wrote: “Baba Bhabi is gonna give you one.” This led to many fans reading this as a confirmation that Deepika is going to give Ranveer a baby and she is expecting.

The photos on the posts showed the couple standing next to each other with Deepika not wearing a figure-hugging outfit with a pink dupatta and Ranveer in a blue suit.

One fan wrote: “Looks like she is pregnant” and another said: “Looks very pregnant”.

In another photo, Deepika is seen standing sideways and a fan who noticed her posture commented: “Is she pregnant?” and another said: “Hiding baby bump”. 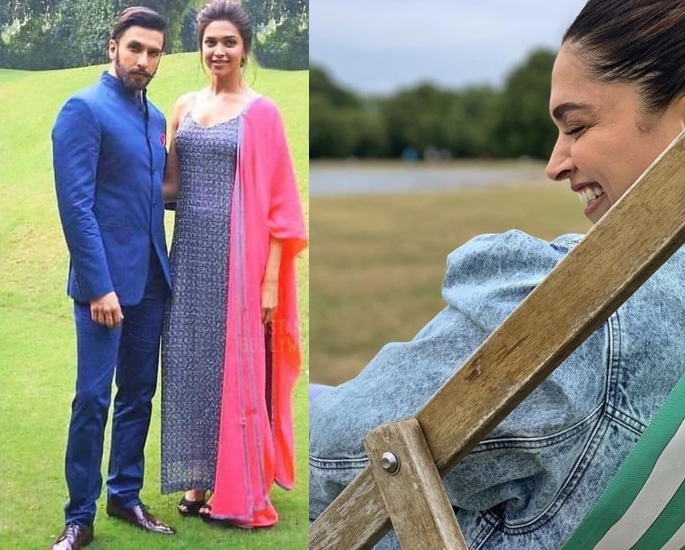 To further fuel the speculation of Deepika and Ranveer having a baby, its been reported that Deepika is not signing any new film projects after “Chhapaak” and “83”.

A source close to the couple said: “In fact, she (Deepika Padukone) wanted to take a break for motherhood after Chhapaak. But Ranveer was very keen that Deepika plays his wife in ’83.”

During a trip to New York, in an interview, Deepika did talk about motherhood. She said:

“It will happen when it has to happen. Motherhood trumps being married. That’s what I hear from people who have had children.”

“Of course, it will happen at some point but no, I think it is unfair to put women through that, to put a couple through that.

“I guess the day we stop asking the questions is when we will bring about change.”

Currently, the couple is shooting for ’83 which portrays the victory of India at the 1983 Cricket World Cup with Ranveer playing the role of Kapil Dev the Indian team captain and Deepika plays his wife on-screen as Romi.

If the baby speculations are true, then Deepika and Ranveer could well be seeing an addition to their family in 2020.

Nazhat is an ambitious 'Desi' woman with interests in news and lifestyle. As a writer with a determined journalistic flair, she firmly believes in the motto "an investment in knowledge pays the best interest," by Benjamin Franklin.
5 Top British Inspired Bollywood Films To Watch
High Octane WAR trailer is action-packed Hrithik vs Tiger Battle