Are Priyanka and Nick expecting their First Baby?

According to a celebrity magazine, Priyanka and Nick are expecting their first baby together. A source has even stated Priyanka showed pregnancy signs.

"We both know that is something that needs to happen"

Are Priyanka Chopra and husband Nick Jonas expecting their first baby together? Reports circulating the mediasphere seem to say so.

According to a celebrity tabloid magazine, claims are being made that the two are having their first child.

The Quantico actress is said to even be showing signs of being an expectant mother when she appeared at New York Fashion Week.

A source stated that Priyanka was sporting a “baby bump” when she attended the Michael Kors show of February 13, 2019.

Reports claim that Chopra wanted to get pregnant quickly and was even willing to undergo IVF treatment.

The unnamed source also revealed that Nick has been happily fetching “warm milk or green juice” for his wife. Priyanka allegedly told her family that Nick is going to be such a “great dad”.

After their lavish wedding ceremonies in India, now a few months later, it seems like they are about to add a new addition to the family.

However, the baby rumours have been completely debunked. 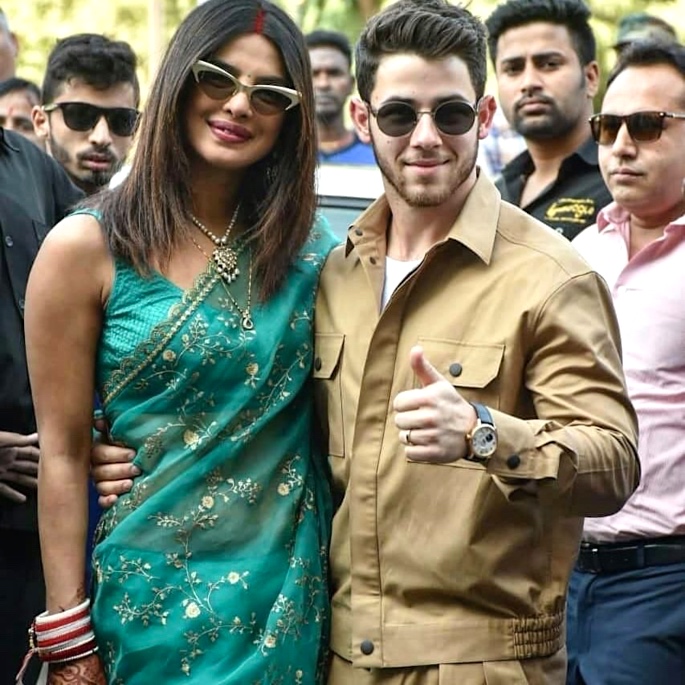 Priyanka’s spokesperson addressed the rumours and firmly denied them.

It would also be a surprise if Priyanka was pregnant because she told reporters that the couple are in no rush to have children. She did say that they will have children one day.

Chopra said: “We both know that is something that needs to happen, but it’s not something I think about very much.”

She also admitted that both of them are committed to their film and music careers.

In terms of careers, Priyanka is gearing up for her Bollywood return in The Sky is Pink.

Chopra stars alongside Farhan Akhtar in Shonali Bose’s biographical drama. They will play the parents of Aisha Chaudhary, a teenage motivational speaker who died of pulmonary fibrosis.

As for Nick, he is rumoured to be reuniting with his brothers Joe and Kevin to revive their band.

A source stated: “After enjoying solo music success and taking time to work on passion projects, they feel that now is the right time to get back together.”

They plan to ditch “brothers” from their band’s name. Hence, they will be simply referred to as “JONAS”. They will come together six years after they split.

As for the pregnancy rumours, it seems it may be a while before the couple decides to have a child.

Dhiren is a journalism graduate with a passion for gaming, watching films and sports. He also enjoys cooking from time to time. His motto is to “Live life one day at a time.”
Fawad Khan charged by Police for Refusing Child Vaccinations
TV Actor Rajat Tokas wants to be Marvel’s next Wolverine!