A case has been registered against actor Fawad Khan after he allegedly refused to get his children vaccinated against the polio virus.

"I request him to allow teams to vaccinate the child."

A police case was registered on Wednesday, February 20, 2019, against Pakistani heartthrob Fawad Khan for allegedly refusing to get his children vaccinated against the polio virus in Lahore.

The police have already registered complaints against six people, including the TV and film actor, during a polio immunisation drive in Faisal Town, Lahore.

According to the authorities, the case was registered after he refused to administer the vaccination drops for the disease.

They claim that when they went to the actor’s home. However, their request was not entertained.

Despite Fawad not being home, it was reported that the actor’s driver got into a confrontation with the anti-polio team.

Babar Atta, the Focal Person to the Prime Minister for Polio Eradication said:

“As per DC Lahore, teams wanted to immunise Fawad’s daughter since yesterday. First, his driver misbehaved with teams followed by his family.

“Mr. Fawad is our pride, I request him to allow teams to vaccinate the child.

“Lahore has had a polio case last week, we must protect the child.”

As per DC Lahore, teams wanted to immunise Fawad's daughter since yesterday. 1st his driver misbehaved with teams followed by his family. Mr. Fawad is our pride, I request him to allow teams to vaccinate the child. Lahore has had a polio case last week, we must protect the child. https://t.co/0L30OfLbMd

“I have been told that Mrs Fawad thinks getting their daughter immunised from UK will give the child protection against WPV1 strain.

“Protection against wild poliovirus can only be guaranteed with oral polio vaccine.” 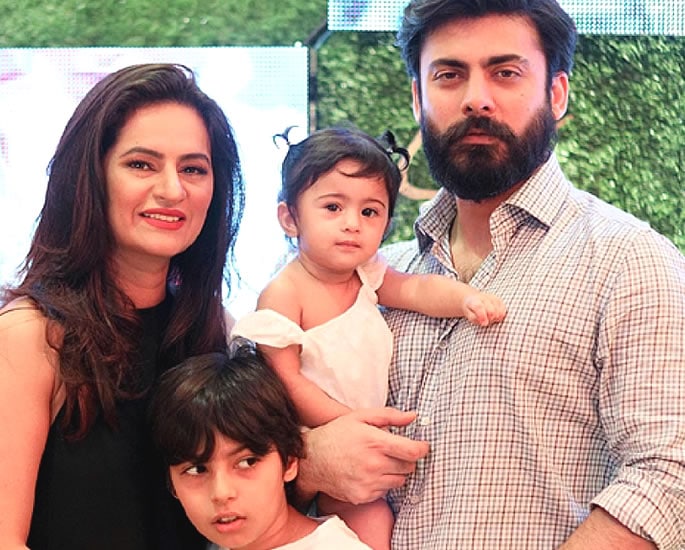 However, the actor has denied reports of his refusal to get the vaccination.

“Nothing could be further from the truth as neither of the parents were home at the time of [the] visit.”

Fawad has been abroad since February 13, 2019. He performed at the Pakistan Super League (PSL) opening ceremony in Dubai and is currently in the United States.

“His travel history clearly demonstrates the manufactured nature of the FIR and he has just come to know of the FIR through the press.”

Khan “fully supports” the anti-polio campaign and is “very well aware” of the guidelines of international organisations regarding the disease.

The statement warned that there would be legal action on behalf of Khan “should the FIR not be cancelled.”

On February 18, 2019, a three-day anti-polio campaign kicked off in the country which targeted over 13.2 million people.

According to the Prime Minister’s Polio Cell, the aim of the campaign is to weaken the spread of the poliovirus. So far, an outbreak of the virus has been reported in 10 cities since January 2019.

Dhiren is a journalism graduate with a passion for gaming, watching films and sports. He also enjoys cooking from time to time. His motto is to “Live life one day at a time.”
Desi Viagra to be sold by Rajkummar Rao in Made in China
Are Priyanka and Nick expecting their First Baby?