Assistant Inspector of General Police in Punjab, Randhir Singh Uppal has been charged with rape and sexual harassment of a married law student.

"These are non-bailable offences and an arrest is fully plausible"

A 26-year-old Indian law student filed a complaint against Randhir Singh Uppal, the Assistant Inspector of General Police in Punjab, accusing him of raping and harassing her.

Uppal has been charged for the alleged rape offences, a senior police officer revealed on Friday, September 28, 2018.

This is further to an investigation into the allegations against Uppal which was launched by the Inspector General, Vibhu Raj, who deals with crimes against women.

The victim, who is studying law, hails from Hoshiarpur and is said to be married with a six-year-old child.

A press conference organised by Simarjit Singh Bains was even held with the victim present. Where the full history of the case was unveiled and an attack made against Punjab police’s handling of her case.

Mr Bains took on the pleas made by the victim seeking support for her case against the senior police inspector. Bains appeared on many news interviews expressing his horror and disgust of what the victim has gone through at the hands of a person abusing his authority and trust.

The victim lodged her case against senior inspector Uppal on September 18, 2018, with the commissioner of police in Amritsar.

“The case has been registered at Cantonment police station and further investigations are underway.” 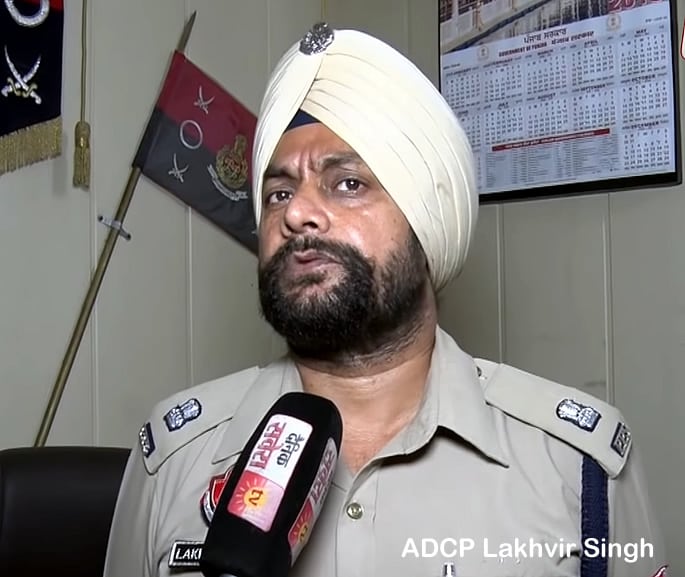 Singh revealed that the case against Uppal was registered under Sections 376c (sexual intercourse by person in authority), 354D (stalking), 506 (criminal intimidation) and 498 (Enticing or taking away or detaining with criminal intent a married woman) of the IPC and sections 25, 54, 59 under the Arms Act.

When quizzed why action was not taken swiftly after the complaint and about suggestions that there was the possibility to help Uppal not get charged, Singh replied:

“No, there is no such issue. If a serious complaint is made against one of our own, internal investigations are launched, inquiries are made, and these things can take time.”

“These are non-bailable offences and an arrest is fully plausible,” he added.

According to her statement, the student described that Uppal, who is posted in Chandigarh for the last four months, stalked and harassed her by calling her repeatedly, while she was studying at the local law college.

Using his police authority and intimidation, Uppal forced her to have a sexual relationship with him. She says he raped her twice at gunpoint.

It’s alleged he threatened to kill her daughter and tried to blackmail the victim as well.

The official said that Inspector Uppal was known by the victim’s mother.

The mother saw Uppal as a brotherly figure. She even sat him down and told him not to contact her daughter when he was stalking her with calls. She says:

“Uppal said he will not call my daughter ever again after today.”

“This was when I sat him down and even recorded the conversation on video.”

But it continued. The victim’s mother has said that she and the family are in full support of her daughter and she wants justice.

The victim has emotionally thanked the brothers and sister that have come forward to support her. She said:

“I have no words to describe how grateful I am for those veer [brothers] who are standing by me.”

However, it has not all been positive. She has experienced challenges which she did not expect.

Where she was living for her studies, she was told to leave by the lady landlords due to her reporting the case.

In addition, her mother received threats as well and many said to her to retract the complaint in fear of their safety and hers.

But the victim felt if she did so, nothing will change. She said:

“If I took the complaint back, tomorrow people will taint my daughter saying your mother took such a big step and then retracted her accusations. Maybe because I was scared or I took a bribe for doing so.”

“I am not willing to compromise. It is my battle and I will fight it.”

She strongly felt if she bowed down other victims will endure similar incidents at the hands of those in authority.

The victim submitted video clips, WhatsApp chats and recorded calls to the media and police of Uppal’s conversations, as evidence of what was actually said.

After the complaint against Uppal was filed with Amritsar police’s SS Srivastava, it was then forwarded to Punjab Police Headquarters at Chandigarh to commence an investigation into the rape accusations against Uppal.

However, AIG Randhir Singh Uppal has denied the allegations and claims they are baseless.

With Uppal being charged, the case will now be handled by the courts and lawyers.

Amit enjoys creative challenges and uses writing as a tool for revelation. He has major interest in news, current affairs, trends and cinema. He likes the quote: "Nothing in fine print is ever good news."
Zaid Jasat: A Higher Level Apprentice at Electricity North West
Brothers jailed over Cannabis Farm worth up to £286,000