Brothers jailed over Cannabis Farm worth up to £286,000

Brothers Owais Hussain and Al-Rashid Mohamad were both jailed for 22 months, after turning an unused kebab shop into a Cannabis Farm.

"There were boxes of dried cannabis indicating a harvest"

Owais Hussain, aged 36, of Ilford and brother Al-Rashid Mohamad, aged 39, of Romford, were both jailed for 22 months each on Thursday, September 27, 2018, at Guildford Crown Court for cannabis production and possesion with the purpose to supply a class B drug.

The Court heard that both brothers played a “significant role” for operating a cannabis farm, located inside a disused kebab shop on London Road, Camberley.

Richard Cherrill, prosecuting, said at the sentencing hearing that police found 116 cannabis plants at the property where Mohamad was the leaseholder.

It was heard that both men were arrested for their commercial sized cannabis farm in January 2016.

Police officers had received reports from residents about an odd smell coming from the building.

Both men pleaded guilty to growing cannabis and Hussain had also admitted to possession of the Class B drug when they were arrested in 2016.

Mr. Cherrill added that “there were boxes of dried cannabis indicating a harvest”.

It is estimated that a similar level of production for three years would have increased the vaule upto 286,000.

“We are really pleased with this result thanks to the hard work and dedication of the officers and their quick thinking, two people have been sentenced.”

It was found that both men played a significant, but not leading, role in a larger drugs operation.

They frequently travelled from east London to Camberley for this purpose. 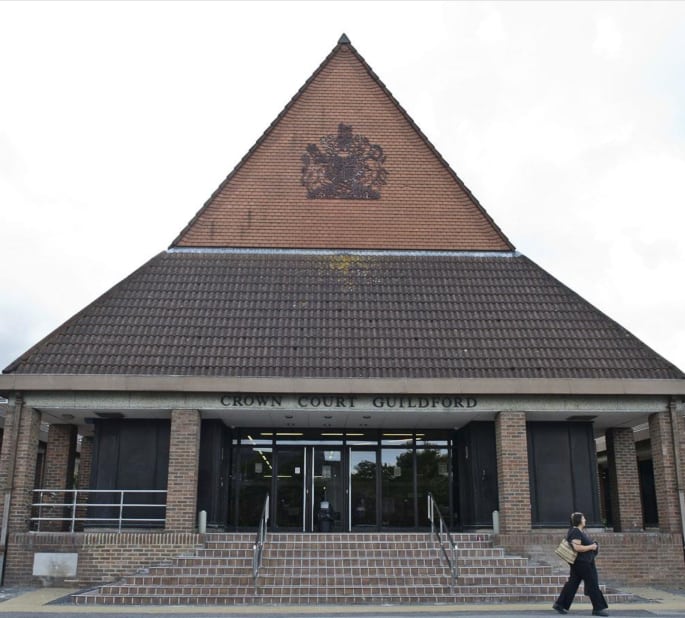 Mr Cherrill said: “It is the prosecution’s understanding that the prime mover was a citizen of Albania with whom the defendants were in frequent contact.”

In a text referred to at the hearing, Hussain asked the third man, “What’s our cut?”

The reply was, “Five thousand.”

Hussain’s barrister, Andrew Kerr speaking, in mitigation, stated that he had a steady job, operating a franchise for delivery company DPD.

He added that this was the main source of income relied on by his wife and two children.

Mr. Kerr urged the Judge, Mr. Recorder Prior to take into account “the steps he is trying to take to roll himself out of this particularly dark period of his life” when passing sentence.

Andrew Hill, representing Mohamad, pointed out that he had made good use of his time to turn his life around since the arrest.

Mr. Hill said: “The future is bright for him.” He then asked the Judge to consider passing his client a suspended sentence.

However, the honourable Judge said that an immediate sentence for Hussain and Mohamad was “the only appropriate sentence”.

He mentioned: “There is nothing before me that has in any way satisfied me that the factors arguing for suspension are engaged.”

“The primary offence I am concerned with is a very serious offence. It was relatively large scale, it was certainly a commercial operation.”

Both Owais Hussain and Al-Rashid Mohamad were jailed for 22 months each for the production of cannabis. The Judge also said both convicted men would serve half.

No separate sentence was handed to Hussain for possession of cannabis, owing to the amount found on him being minimal.

The Judge ordered that the drugs and equipment which was seized from the London Road premises to be destroyed.

The additional charge of possession of cannabis with intent to supply was ordered to lie on file for both men.

Dhiren is a journalism graduate with a passion for gaming, watching films and sports. He also enjoys cooking from time to time. His motto is to “Live life one day at a time.”
Senior Punjab Police Inspector charged with Raping Law Student
Indian Teenager who inserted Wire Through Genitals has Surgery