Three men have been jailed over two crossbow killings that happened following a raid on a cannabis farm in the West Midlands.

He then fired it at point-blank range

Three men have been jailed after two men were brutally killed with a crossbow during a cannabis farm raid in Brierley Hill, Dudley.

The Ramzans lived next door to their “professional and lucrative ” cannabis farm in Pensnett Road.

Knowing that a raid was possible, the Ramzans had a collection of weapons, including crossbows, knives, a sword and knuckledusters.

Saghawat and Omar went to see what was happening and called Waseem for help as he lived in the same street.

Armed with a crossbow and sword, Saghawat fired a crossbow bolt in a bid to scare the raiders.

He then chased the fleeing gang members into nearby Kerry Close where several getaway cars were waiting.

The cars tried to run the Ramzans over as they made their escape. One crashed into a garden fence.

Meanwhile, Waseem had caught 19-year-old Khuzaimah Douglas and grappled with him in the street.

At that point, Mohammed Sageer arrived and joined in the attack.

The three men attacked Mr Douglas and Saghawat reloaded the crossbow. He then fired it at point-blank range in Mr Douglas’ direction.

However, it missed and instead hit his brother in the stomach. CCTV footage showed Waseem remove the bolt from his body.

Saghawat then reloaded the weapon again and fired it, hitting Mr Douglas.

Mr Douglas struggled to his feet and ran but collapsed across the road. He suffered massive blood loss and died at the scene.

Waseem was taken to hospital but died a short while later.

Due to the nature of Waseem’s injuries, the hospital called the police.

Saghawat told officers that he had heard a commotion and found people attacking his brother. He and the others also denied any knowledge of the cannabis farm.

In a bid to evade police, the trio stopped using their phones.

However, Saghawat was found at a property in Stoke on February 23, 2020.

The next day, Omar handed himself in, telling officers he had acted in self-defence.

Mohammed made a similar account. He had travelled to Scotland and then Bradford, before handing himself in on February 25, 2020.

All three were charged with murder. 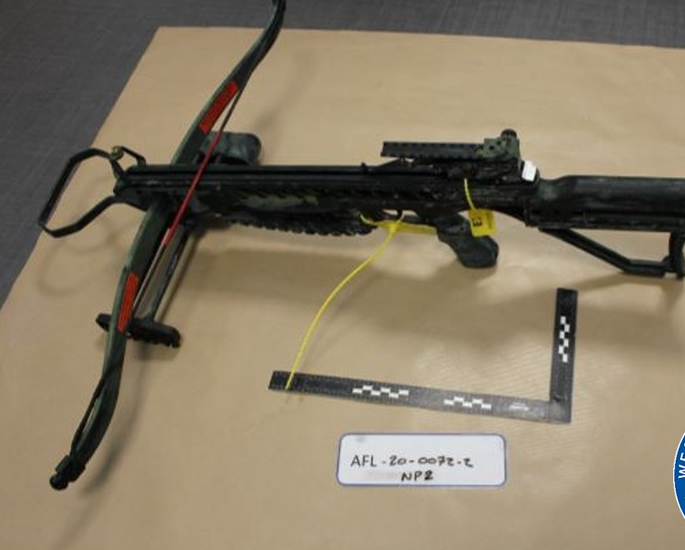 At Wolverhampton Crown Court, it was heard that Waseem was shot by accident.

The trio was found guilty of the murder of Mr Douglas.

“The actions of these three men were shocking, brutal and calculated.

“To protect their cannabis grow, they were happy to use extreme violence in a brutal and sustained attack on Khuzaimah.

“We believe they wanted to send a clear message to the people who’d attempted to rob their cannabis factory.”

“However, Saghawat also killed his own brother during the attack which further highlights their determination to cause serious harm and just how dangerous their weapons were.

“There is no place on our streets for violence like this or the armoury of weapons they chose to have and ultimately use.

“Two lives have been lost because these men decided to use extreme violence in an attempt to protect their illegal drug business.”

Omar Ramzan, aged 24, was jailed for a minimum term of 22 years.

Mohammed Sageer, aged 33, was jailed for at least 20 years.

A further investigation into the drugs element of the case is ongoing with a number of people charged with conspiracy to burgle. They are awaiting trial at a later date.

Dhiren is a journalism graduate with a passion for gaming, watching films and sports. He also enjoys cooking from time to time. His motto is to “Live life one day at a time.”
Indian Couple in their 80s jailed for Sexual Assault on 4-year-old
Chef jailed for Raping Unconscious Man on Beach