Honour Killings continue in the UK

Honour killings are a documented aspect of South Asian society and in the UK despite many positive efforts by police and communities to tackle the problem, the act of killing women in particular, for the sake of honour, is still in practice.

For the British society at large, the idea of killing or assaulting a daughter because you do not approve of her boyfriend is horrifying. However, this type of assault is prevalent in the UK, especially in South Asian communities. It’s reported that honour killings account for twelve murders each year.

Typically the victims are young women and it is a very difficult crime to deal with, as they are usually too frightened to go the police. The subject has come to the fore recently, as Afshan Azad, an actress in the Harry Potter films, was physically assaulted by her brother for having a relationship with a Hindu man. 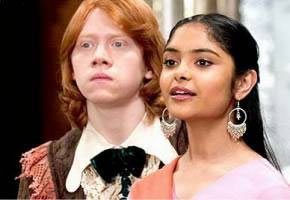 22 year old Azad has found fame at an early age in her roles in the Harry Potter films. She plays one of the boy wizards classmates, Padma Patil. Her family have recently been through court after her brother assaulted her and her father threatened to kill her. She escaped the family home by climbing through a window and went to the police for help, but later withdrew the accusations against her father.

The court in Manchester was told that she was called a ‘slag’, assaulted and called a ‘prostitute’ after meeting the Hindu man, a relationship which angered her father, 53 year old Abul Azad and 28 year old brother, Ashraf.

Azad claimed that as English was her first language she had misunderstood her father’s exclamations in “heavily-accented Bengali.” He had not been threatening to kill her, but had been saying something akin to “over my dead body” in regards to her relationship. She refused to attend court and the prosecution said that her retraction statements had been an attempt to “gloss over” her previous accusations.

Both men were charged with making threats to kill her and her brother was also charged with assault occasioning actual bodily harm on his sister. 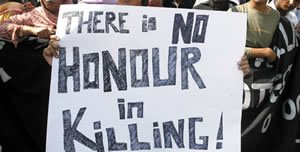 This is not an isolated case. Although only twelve cases of honour killings are recorded each year, the number could indeed be higher, as this type of crime is difficult to prove. Assault and domestic abuse in the name of family honour is more common than statistics show. As one expert in the field commented, “The sticking point is that potential victims don’t want orders served on their parents – or whoever is responsible – they just want a way out of the situation.” This makes it almost impossible for justice to be served and the victims to be protected.

Although the victims are typically young women, there has been a recent rise in male victims, and 25% of all affected are under 18. This type of violence commonly arises from young women either refusing to marry someone selected by their parents, or entering into relationships that their parents disapprove of. This could be on the grounds of race, religion, or family background.

Honour killing is just one form of a phenomenon seen across communities and religions. The idea is that a family’s social status or “honour” within the community is intrinsically linked to the female family members’ behaviour. Sex out of wedlock, adultery, or forming relationships which are frowned upon by the community at large are regularly cited as reasons for women to be punished. In many cases other family members, often female as well as male, will be fully aware of the abuse happening and will even facilitate it. 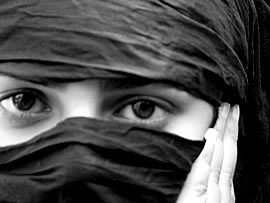 Although none of the world’s major religions condones honour-related violence some people wrongly associate it with Islam, due to the belief that Muslim women have fewer rights than their Western counterparts. Studies report that Muslim women have been honour-killed for refusing to wear a veil, marry their first cousin or for wanting to choose their own husbands and for behaving in “Western” ways.

Ram Gidoomal of the South Asian Development Partnership thwarts the idea of it just being a Muslim issue, saying:

“Honour crime happens across the board in the Asian community, people try to blame Muslims, Hindus or Sikhs but it tends to happen in families where there are the strongest ties and expectations. It’s a very strong cultural issue.”

Jagdeesh Singh, a Sikh and the brother of Surjit Athwal, who was murdered on the orders of her mother-in-law Bachan Athwal says: “The so-called community leaders, the influential religious groups and the local language newspapers remain deafeningly silent when these killings happen. But that silence makes them just as guilty as the people who kill in the name of honour.” 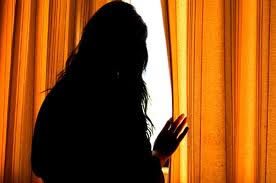 In fact, Amnesty International reports that honour-related crime is not isolated to any ethnic or religious group. There have been cases recorded in countries as far apart as Latin America, India and Sweden. Domestic violence, regardless of motivation, accounts for a quarter of all violent crimes in the UK, and the overwhelming majority of victims are women.

While the British police are exceptionally sensitive to this problem and have helped potential honour-killing victims, the problem is difficult to curtail and is on the rise because many such crimes are not even reported.

Despite the difficulties facing the police in dealing with these crimes, there are several charities devoted to tackling honour-related crimes in the UK. The Henna Foundation, based in Wales, aims to raise awareness by working together with members of the Muslim community to confront the problem. On their website they cite “Limited concept of community development and ability to merge and meet their faith duty and requirements to participate in society/community and demonstrate social activism and community cohesion” as being a key hindrance to progress in this area.

Only when the UK’s Asian community, police, and British society are prepared to tackle the problem together will there be any real chance of addressing this issue, until then it is likely that such crimes will continue to be a part of UK society.

Roz is a writer who has travelled extensively in South-East Asia and Europe. Her passions are learning about different cultures, learning foreign languages and meeting new and interesting people. Her motto is "a journey of a thousand miles begins with a single step."
Tata new owner of British Salt
White Girls ‘easy’ for Asian Men?