In an exclusive interview with DESIblitz, Kangana Ranaut talks about her new film Simran and her opinions on the Hindi film fraternity.

"If nepotism works for you, please go ahead with it, but it doesn’t work for me"

Three-time National Award Winner, Kangana Ranaut, is a name that has dominated media headlines in India.

Her fortitude in confronting prejudices and discrimination in Bollywood has won the respect of many all over the world.

Aged 19, Kangana made an impressive debut with Anurag Basu’s Gangster, for which she was awarded the Filmfare Award for ‘Best Female Debut’.

Following this first venture, Kangana appeared in a number of intense roles with successful projects like Woh Lamhe, Life In a Metro and Fashion.

But what really brought this gorgeous actress into the limelight was her quirky avatars in films like Tanu Weds Manu and Queen.

Kangana’s latest film, Simran, promises to be another entertaining comedy with a twist. DESIblitz chats to the Simran star about her role and her thoughts on the Bollywood nepotism debate. 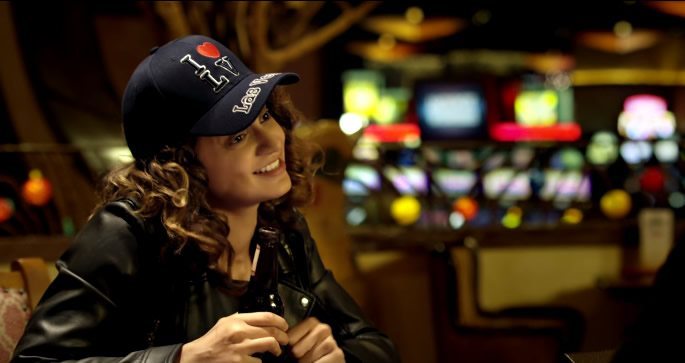 Coined as a “migrant” story by Ranaut herself, Hansal Mehta’s Simran is loosely based on the true story of American-raised Sandeep Kaur (aka ‘Bombshell Bandit‘). Kaur robbed banks in Arizona, California, and Utah to pay off her gambling debts.

For the narrative of Simran, Kangana features in the titular role of a Gujarati housekeeping lady in the US who allows ambition to get the better of her. Subsequently, she becomes involved in a life of crime. Ranaut tells us:

“It’s about people who leave their country in the hope for a better future and opportunities, it is a very clear portrayal of their lives. It’s a universal story of aspirations and dreams.”

Interestingly, Simran is not the character’s actual name. In fact, Kangana’s character is called ‘Praful Patel’. However, when conducting the heists, she is addressed as ‘Simran’:

“In that sense, it isn’t about a crime, but about a criminal. For Praful to become Simran is the journey itself. Simran is involved in small petty crime. It is about when you make a mistake it changes your life forever.” 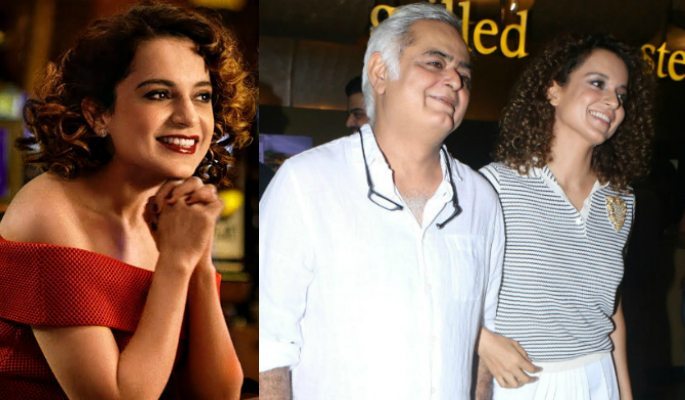 Hansal Mehta is one of the most dynamic Indian filmmakers. His award-winning and acclaimed movies, Shahid and Aligarh, highlight social themes in a very realistic manner.

Many of Kangana’s works, too, have been quite realistic, which is why even comical characters like Tanuja Trivedi and Rani Mehra have struck a chord with viewers.

The pairing of the two then for this film is perfect, and Kangana is all praises for the director:

“Indian films, in general, are very loud in their language. They often become an object of mockery for the rest of the world,” the starlet begins.

“[Hansal’s] films have emotional language. How honest and subtle he is in portraying world narratives is admirable. He is very sensible as a filmmaker.”

The immense success of Queen proves that Kangana Ranaut can effortlessly carry an entire film on her shoulders.

Even in a not-so-successful venture like Revolver Rani, Ranaut left a positive impact with her energetic performance. Now in Simran, the 30-year-old actress again portrays a sole lead protagonist. So, what are her thoughts on female oriented roles in Bollywood today?

“I think it’s much better than it was a few years ago. Before, they would ask who the hero is and who else is in the film. Now, if I tell someone that I’m working on Simran, it ends there. They understand what type of film it must be.”

She further adds: “There have been many films which have been led by one woman and have become mainstream. These sort of films are where content is the king or the hero. It’s becoming a norm in the industry now.”

In her upcoming project Manikarnika – The Queen of Jhansi, Kangana will also be playing the titular role.

Nepotism ~ The ‘N’ Word of Bollywood 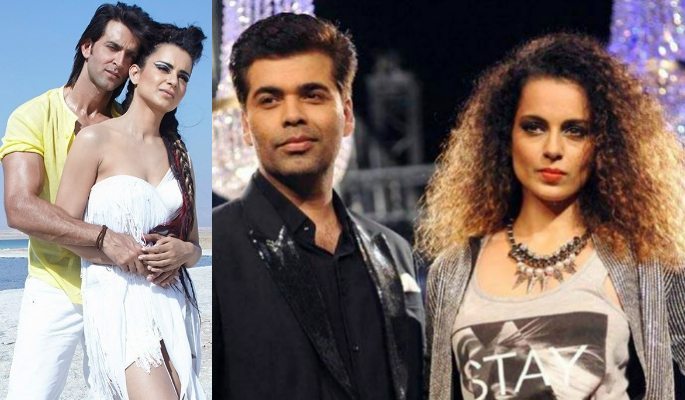 Aside from her incredible success in Bollywood, Kangana Ranaut has not been immune to controversy. Over the last few years, we have heard stories about her legal battle with Hrithik Roshan.

More recently, she made headlines after referring to Karan Johar as a “flag bearer of nepotism”.

In the latest episode of Aap Ki Adalat, she also revealed that Aditya Pancholi abused her during early stages of her career.

Clearly, things are quite sour between Kangana Ranaut and some members of the film fraternity. Could we ever see a reconciliation? In response to our question, Kangana tells DESIblitz:

“Honestly, I don’t see it as a conflict with people [laughs].”

“I see it as a conflict of ideologies. These other people I meet, if I bump into them at the airport or at parties, we are very civil when we meet each other. There’s no reconciliation that we need really. We already are cordial with each other.”

Recently, Kangana and the AIB joined forces for a satirical music video titled, ‘The Bollywood Diva Song’. The video, which has gone viral, mocks big Bollywood personalities including Karan Johar and Shahrukh Khan.

Kangana points out the sexist attitudes of Bollywood directors, as well as how some actors are given an automatic step-up because of their famous parents.

While Kangana admits that she is simply expressing her own honest opinion, her observations have resulted in an ongoing debate in the industry. And a backlash that is fueled by the likes of Johar and others. Discussing further on the “conflict of ideologies”, Ranaut states:

“Where the ideologies are concerned, there is a definitely a difference of opinions there. Whether it’s my take on nepotism or patriarchy, I do see it. In the industry, there is a clash of opinions. It’s not unhealthy at all.”

But Kangana believes much of the issue has been blown out of proportion:

“It’s not a problem, I don’t consider it a problem. If people think expressing my opinion is an objection, I must say that it is an observation.”

She even refers to her open letter: “I have clearly written that if nepotism works for you, please go ahead with it, but it doesn’t work for me.”

“It’s my personal opinion. It’s like saying ‘smoking is not the best thing to do’ but hey I smoke. We can at least put it out there, I can’t justify as an individual because I smoke. I’m not against anyone, if I was, I’d be happy to tell you,” she adds.

Listen to our full interview with Kangana Ranaut here:

Despite the struggles that Kangana has faced during her cinematic journey, today she represents a rare breed of actress – one who is both fearless and courageous.

Undoubtedly, Kangana stands up for her beliefs and voices her opinions with no inhibitions.

As her new film, Simran shows, Kangana is a strong individual in real life and reel-life, and there is nothing this talented actress cannot achieve.

Anuj is a journalism graduate. His passion is in Film, Television, dancing, acting and presenting. His ambition is to become a movie critic and host his own talk show. His motto is: "Believe you can and you're halfway there."
Mum Kareena Kapoor is busy at Gym while son Taimur Chills
Riz Ahmed and Priyanka Chopra to present at Emmys 2017