Swara Bhasker Talks about the Rise of Female-Forward Roles

Bollywood actress Swara Bhasker talks about the rise of female-forward roles as well as the growing popularity of OTT platforms in India.

Bollywood actress and activist Swara Bhasker has been on a roll in 2020.

Bhasker’s new show, Bhaag Beanie Bhaag, is a coming-of-age comedy that premiered on Netflix on December 4, 2020. It is her third project of the year.

However, she revealed that it is bittersweet. Swara shared:

“I know it’s basically been a bad year for the whole world.

“But I have to say that I feel so blessed and grateful that I had three releases in a pandemic year where nobody was working.

From playing a fierce, foul-mouthed cop in Flesh to playing a teacher and temptress in the adult comedy Rasbhari, Swara has dominated the female-fronted web series scene. 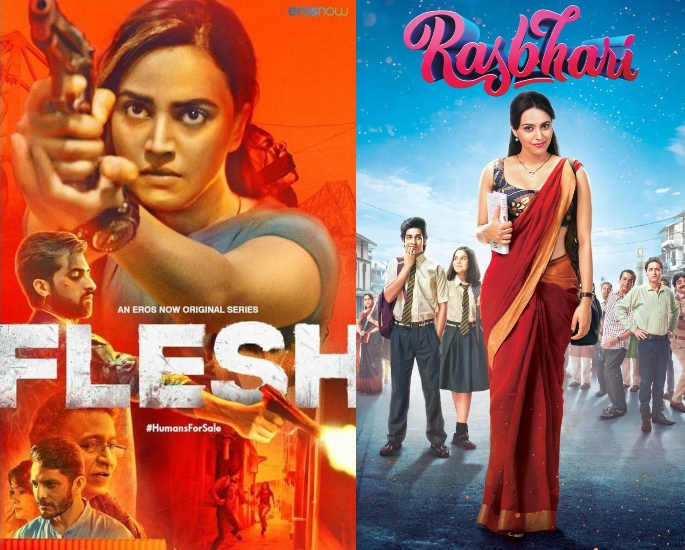 The actress continued: “Bollywood has in the last four or five years become more open to female-forward and women-centric content and the nice part is that it’s doing well at the box office as well.

“But I think it’s the OTT platforms have just swung it for us.

“OTT has given us space and freedom and that’s one of the reasons why we are seeing a lot more interesting female characters.”

Her recent career moves are a testament to how producers and platforms are warming up to the idea of women in roles traditionally played by male heroes.

“For instance, in Flesh, I played a cop character where you normally see that kind of character played by a male hero.”

“Such roles were deemed more palatable when played by male actors.

“Or in Bhaag Beanie Bhaag, I play a young woman and portray her journey in life. It’s like the Wake Up Sid for girls.”

Wake Up Sid (2009) is Bollywood actor Ranbir Kapoor’s blockbuster where he played a rich, privileged 20-something discovering his own voice in Mumbai. 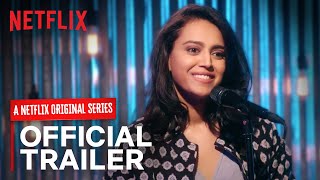 In the hit friendship tale Veere Di Wedding, Swara played a rich, bratty woman who learns to find happiness on her own terms and gathers the guts to ask for a divorce.

Invariably, this self-made star is the go-to person for nonconformist roles in Hindi-language projects.

Swara Bhasker exclaims: “It’s a burden. I don’t know how I manage it. I was playing a rebel even in Prem Rathan Dhan Payo! I just don’t understand this.”

Her latest role in Bhaag Beanie Bhaag sees a young woman find her own voice and break away from the expectations of society and her parents. 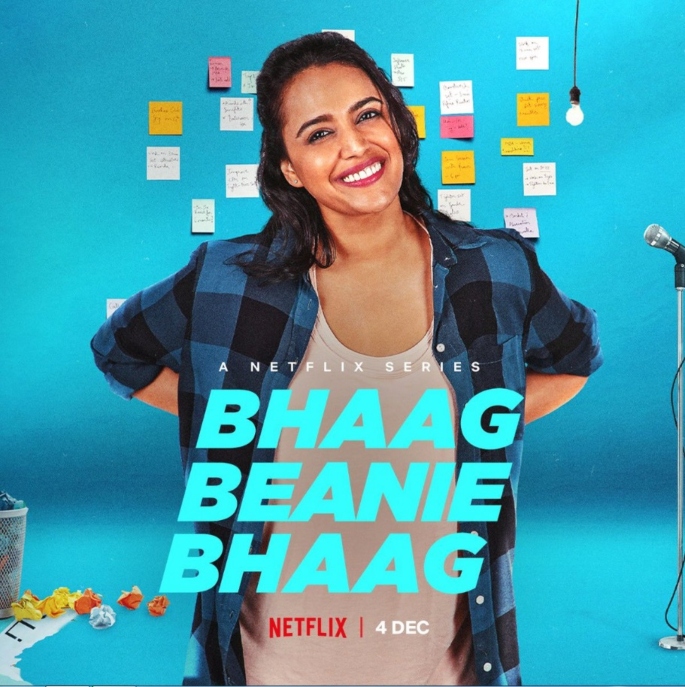 Talking about ‘Beanie’ the actress shares:

“Beanie is very interesting because she’s basically a girl who, like so many young Indian women, are close to their family and are basically good girls.

“They have been brought up with a certain sense of family values and is taught to be obedient.

“Beanie is so obedient that without realising she has said yes to everyone else’s expectations.”

Whether it is her mother’s instructions to return home by 7:30 pm or her father telling her to change her outfit, Beanie’s answers are ‘yes’, but one day she says ‘no’ to them.

The series tracks her journey from being a yes woman to her own woman.

Akanksha is a media graduate, currently pursuing a postgraduate in Journalism. Her passions include current affairs and trends, TV and films, as well as travelling. Her life motto is 'Better an oops than a what if'.
Anurag Kashyap & Anil Kapoor involved in Twitter Spat?
Salma Agha’s Daughter receives Rape Threats