While Kareena Kapoor busies herself in an intense workout session at the gym, her son Taimur chills out on his swing in Mumbai.

"But it is okay to take time out and exercise. Because I want to feel good."

Kareena Kapoor is well-known for her love of the gym, as well as acting. In a recent workout session, she showed off her passion for fitness in an unusual way – through sweat patches!

On 11th September 2017, the Udta Punjab actress showed us how to work off the Monday blues by hitting the gym.

Despite the intensity of the Mumbai weather, Kareena Kapoor still underwent a rigorous fitness session. Perhaps she took part in exercises more energising than yoga, of which she has become a ‘poster girl’ for?

The actress herself didn’t seem embarrassed about it as she walked up to her car. With her long hair rolled back up into a bun, Kareena’s expression appeared quite hidden with her big, reflective sunglasses. 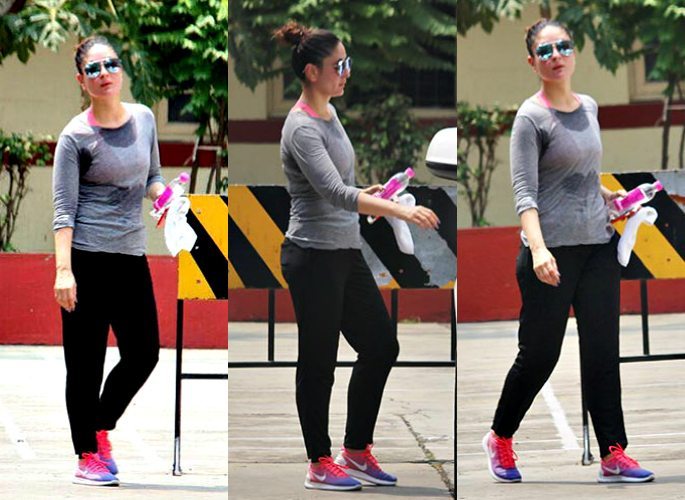 In the past, the starlet has been asked about her passion for the gym and what motivates her to go in the first place. She responded:

“Firstly, I am going to the gym, it is not for size zero. There are so many people say why does she leave her baby and go to the gym? I read comments. But it is okay to take time out and exercise. Because I want to feel good. Taimur stays happy. Then why not?”

Speaking of Taimur, he spent his day in a very different fashion compared to his mother. The youngster relaxed at their Mumbai house by chilling out on a blue swing in the balcony. 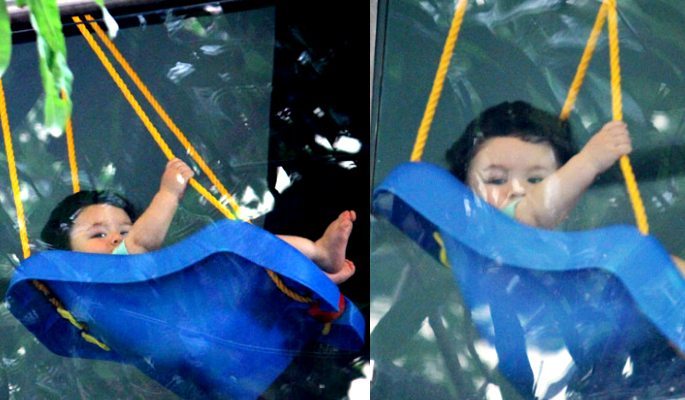 He also didn’t seem bothered with the Indian paparazzi taking his photos as he gazed down at them. It seems the toddler becomes more comfortable and content with the media as each day passes. Just take a look at some of his cutest images, for example.

Taimur’s chilled expression will act as a relief for many ‘Bebo’ fans – as the youngster appeared very upset with the paps in August 2017. Arriving at Mumbai airport with his mother, the youngster was crying despite Kareena trying to cheer him up.

But it seems Taimur now finally feels relaxed as he chills out on his swing. Although we do wonder if he will also have a passion for the gym like Kareena one day?