Kareena Kapoor reveals which Career She wants for Taimur

Bollywood actress Kareena Kapoor Khan has revealed which career she wants Taimur to take up even though he is still a toddler.

"I have this wish that my son grows up to be a cricketer."

Kareena Kapoor Khan has already come up with a possible career for her son Taimur.

Even though there is a wave of star kids wanting to get into acting, the actress is someone who does not want her son to become an actor but instead, she wants him to be a cricketer when he grows up.

Taimur has not even turned three but Kareena revealed that she wants him to follow in the footsteps of his grandfather Mansoor Ali Khan Pataudi.

Nicknamed Tiger Pataudi, he was a legendary cricketer during the 1960s and was the captain of the Indian cricket team.

Kareena revealed her career aspirations for Taimur on an episode of Dance India Dance 7 where she is a judge on the show.

She explained that she does not want him to be an actor. On the show Kareena said:

“I have this wish that my son grows up to be a cricketer. There cannot be a better gift for me.”

The Bollywood star was joined by former Indian cricket team captain Kapil Dev. The two even played a little cricket on stage.

Kareena hit some impressive shots despite wearing a saree and high heels.

Dev also gave her a signed cricket bat to give to Taimur in an attempt to persuade him to take up the sport in the future.

The prospect of Taimur taking up cricket is a possibility especially since a photo of the toddler sporting the Indian shirt went viral on social media.

He wore the shirt during the ICC World Cup 2019 and was seen celebrating India’s victory over Pakistan.

In the picture, he can be seen jumping and saluting as he smiles towards the camera. 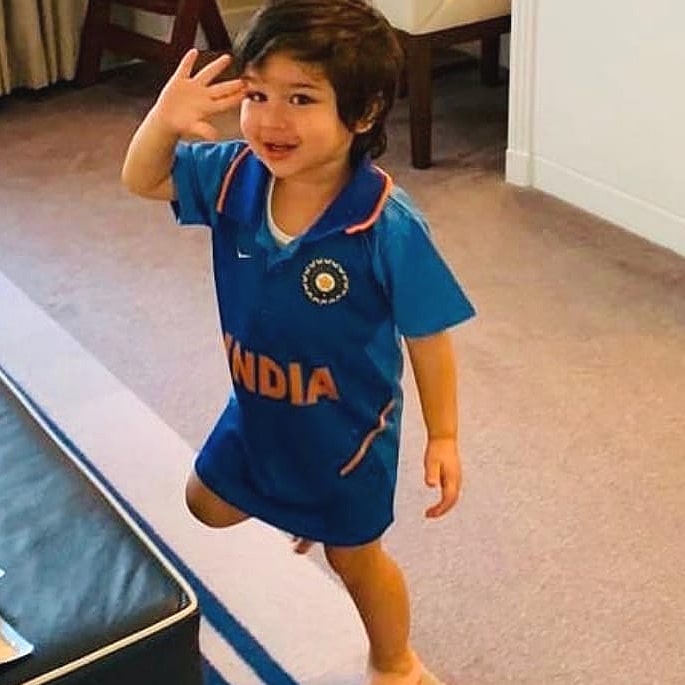 Kareena has been travelling between London and Mumbai for work. She was in London filming for Angrezi Medium which also stars Irrfan Khan.

Her busy schedule has caused her to miss some episodes for Dance India Dance, however, in her absence, her sister Karisma Kapoor stepped in.

Kareena Kapoor will next star in Good News alongside Akshay Kumar, Diljit Dosanjh and Kiara Advani. The comedy is about a couple trying to get pregnant. It is set to release on December 27, 2019.

Taimur is in London with his father Saif Ali Khan, who is shooting for his next film Jawani Jaaneman.

Dhiren is a journalism graduate with a passion for gaming, watching films and sports. He also enjoys cooking from time to time. His motto is to “Live life one day at a time.”
Are Nick Jonas and Priyanka Chopra looking for a New House?
Bruce Springsteen attends ‘Blinded By The Light’ US Premiere