After much talk about Taimur Ali Khan making his Bollywood debut, actress Kareena Kapoor has revealed whether the rumours are true or not.

Rumours of Taimur Ali Khan making his Bollywood debut have been circulating and Kareena Kapoor has opened up about the speculation.

The two-year-old is already a social media sensation and the paparazzi are always keen to take his picture.

There was news that Taimur would be making his Bollywood debut. It was reported that he would have a 10-minute cameo in Kareena’s upcoming film Good News.

The news attracted a lot of attention and fans of the child star were excited to see him on the big screen with his mother.

However, Kareena was asked about the rumours and the actress promptly replied:

While her response confirmed that her son would not be making his Bollywood debut anytime soon, Kareena is happy to star alongside Akshay Kumar after 10 years.

Speaking about the film, Kareena said: “Good News has ‘great’ written all over it, be it the cast, the director or the producer.

“Even the concept of surrogacy is amazing, though it’s going to be a really funny movie. I can’t wait to see how people react to it.”

Good News also stars Diljit Dosanjh and Kiara Advani. The film is about a couple trying to have a baby. It is set to release on December 27, 2019. 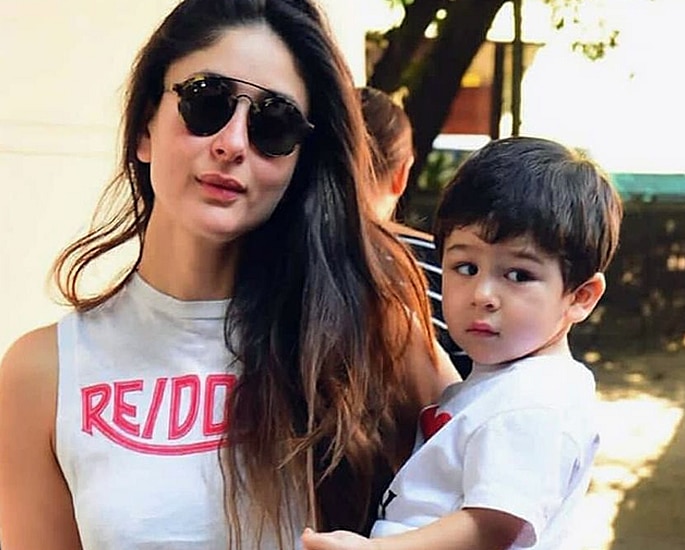 Kareena is also rumoured to star alongside Irrfan Khan in Angrezi Medium. It has been reported that she will play a police officer.

The actress is also set to make her TV debut as a judge on the dance reality show Dance India Dance (DID), she said:

“My management told me about DID’s offer, but initially, I wasn’t sure.

“It has been a long-standing show. In their 10th year, they have revamped the concept, made it a 360-degree set with over 200 cameras shooting the acts. So, I was excited to join them.

“I made it clear that I don’t work for more than eight hours because of my son [Taimur]. I can make an exception of working up to 12 hours.

“The makers have been kind and worked everything the way I wanted.”

She explained that her husband Saif Ali Khan supports whatever she does and added:

“I’m constantly choosing the best from what I’m offered and I have my priorities clear.

“I don’t like working for more than eight hours. Taimur is only two, he still needs me. So, I like to work only during the day until the early evening.

“That’s why you never see me at film parties or screenings. It’s just work and family.”

Dhiren is a journalism graduate with a passion for gaming, watching films and sports. He also enjoys cooking from time to time. His motto is to “Live life one day at a time.”
Bharat: Salman Khan thanks Fans for his Highest Opener
Faryal Makhdoom says Mums at Home should be Paid