Faryal Makhdoom says Mums at Home should be Paid

Amir Khan’s wife Faryal Makhdoom appeared on Good Morning Britain where she claimed that stay-at-home mums should be paid.

Faryal Makhdoom appeared on breakfast show Good Morning Britain (GMB) where she shocked viewers by saying stay-at-home mums should be paid by the government.

The mother-of-two and Amir Khan’s wife debated the topic alongside former Sugababes star Amelle Berrabah after one mother sparked an online debate by claiming she deserved a monthly wage.

Faryal said it was only fair that the government should pay stay-at-home mums for looking after their children.

She claimed that they should be on bigger salaries than lawyers or surgeons.

“Us staying home we’re working like 90 hours a week.

“And I think that when you put it all together we should get paid more than like a surgeon or a lawyer, it adds up to £100,000 a year, more than that.” 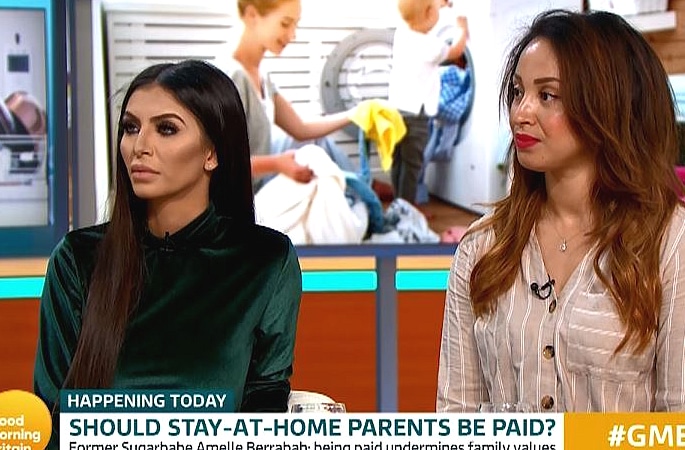 However, Amelle argued that having children is a choice, which cannot be seen as a job.

Kate then pointed out that Faryal may want to share the workload with her boxer husband. But she said their paid help did not make it an issue.

“I’m lucky enough to get help and get a cleaner and get a cook but what about other mothers?”

“Some of my friends can’t afford to work, they have to leave work to look after their children because childcare is more expensive and their husbands don’t have that extra money to give their wives.

“You don’t get appreciated, you’re doing all this, and if someone was to give you that bit of appreciation to go out, to enjoy a bit and have that time to yourself.

“You go into depression if you’re constantly just home looking after your children.”

However, viewers were not impressed by her claims and said that Faryal Makhdoom needed a “reality check”. 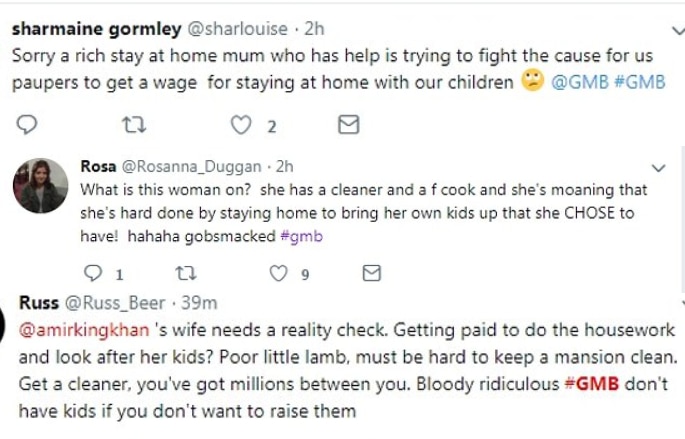 Another social media user wrote: “Utterly ridiculous statement. If you want paying to bring up your kids you’re having them for the wrong reasons.

“Having children is an honour and a blessing, there are many in this world that would give up everything to have kids so thinking you should be paid is beyond belief!”

“I’m a single mum who has to work and when I get home I do all the chores. Can I get double for having two ‘jobs’.”

Someone posted: “Getting paid to bring your own kids up!! What next?? Never heard anything like it.”

Amelle ended the TV debate by stating that she would not be able to put a price on “looking after her children and her husband.”

Kareena reveals if Taimur is making Bollywood Debut
Hrithik Roshan to get £5.4m For Film with co-star Tiger Shroff?