Faryal Makhdoom has spoken about her marriage to Amir Khan and said it is stronger. She also stated that her husband is a changed man.

Amir Khan’s wife Faryal Makhdoom has spoken about how her marriage to the boxer is stronger than ever.

In an interview, she said that her husband was totally transformed following the birth of their second daughter Alayna, who celebrated her first birthday in April 2019.

She said: “I honestly can’t believe how much Amir has changed over the years.

“My daughter Alayna is a special child. After I gave birth to her, a few months later my husband completely changed.

“It was like a miracle. She was a miracle child. He’s always home, never goes out, loves the girls to bits… I now have to beg him to leave the house.

“He always wants us around. We work like a team it feels great because the love grows.

“I can notice Amir must have realised how much effort I put in him and my kids to save our marriage, to make him a better person.” 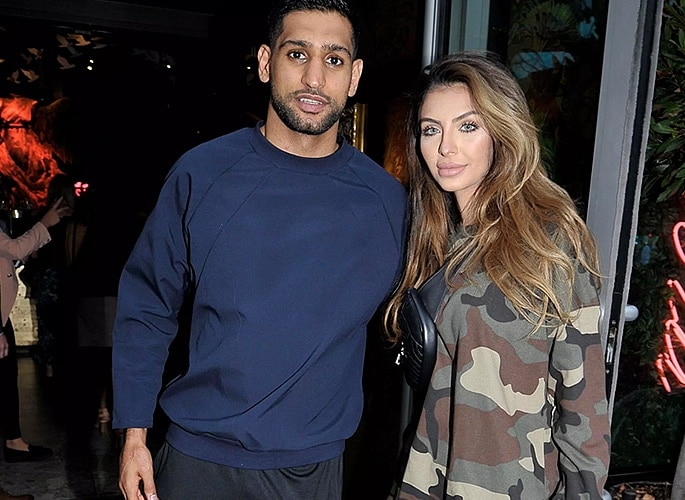 Faryal stated that their relationship is stronger than ever despite their much-publicised struggles.

In April 2017, the couple had a bitter spat on Twitter which included Khan wrongly accusing his wife of having an affair with Anthony Joshua.

It led to Amir announcing that the couple had split up but they rekindled their marriage later that year.

Faryal explained: “I remember my marriage a few years ago and it makes me upset.”

She said that she fought to keep their marriage alive even with the difficulties.

“I never gave up. I fought for my marriage, for my children’s sake and today I can’t be happier.

“Amir was always a very caring husband, always had my back, but being a young boxer with so much fame made things so hard for us.

“And I was so young. Moving away from home, having a child so young, it was all too much.”

Faryal organised an extravagant birthday party for her daughter Alayna in June 2019.

It had a rainforest theme complete with life-sized palm trees, swinging monkeys and a cheetah and zebra-print cake. The party was said to have cost £75,000.

Faryal Makhdoom told Hello!: “Alayna is super wild, she loves animals and she loves to party.

“I planned this all in the space of three months. I was driving myself crazy.

“But everything we do is for our children, all our earnings are for them, so why not?

“Amir always tells me to go out for our children, he always says he works so hard for their happiness.”

Dhiren is a journalism graduate with a passion for gaming, watching films and sports. He also enjoys cooking from time to time. His motto is to “Live life one day at a time.”
Indian Mother and Daughter’s Head Shaved for Resisting Rape
Police Sgt. Iftikhar Ali gave Highly Confidential Information to Friends