Tata Group has acquired the UK company British Salt, which supplies the food industry and also makes the grit used to de-ice the UK’s roads in a deal worth £93 million.

"The acquisition is in line with the strategy of Tata Chemicals"

Tata, the Indian group of companies has acquired one of UK’s traditional brand names, British Salt. The deal is worth £93 million and has become part of Brunner Mond, which is a subsidiary owned by the Tata Chemicals Limited (TCL) in the UK.

Brunner Mond is based in Northwich is the UK’s only soda ash and sodium bicarbonate producer. Brunner Mond was purchased by Tata Chemicals in 2006. The purchase of British Salt is likely to enhance Brunner Mond’s manufacturing experience and provide growth opportunities.

British Salt, based at Middlewich in Cheshire, supplies the food industry and also makes the grit used to de-ice the country’s roads and runways in extreme weather conditions. The company employs about 125 people and job losses have not been rules out due to the take-over.

For food,the salt produced by British Salt is standard Pure Dried Vacuum Salt which complies with British Standard 998 for food use. Additives such as potassium iodate or potassium iodide are sometimes be mixed with Pure Dried Vacuum salt in order to meet specific food requirements. The food industry not only re-packages this salt for table use, but also uses it in a wide range of dairy products, snacks and convenience foods. Where a smaller crystal size is required fine grades known as ‘Fine 50’ and ‘Fine 60’ are produced.

The filing for the acquisition stated, ‘TCL’s wholly owned subsidiary Brunner Mond, UK, has signed a binding agreement to acquire 100 percent stake in British Salt Ltd, UK, subject to requisite regulatory approvals.’ And it stated, ‘The acquisition will be entirely debt financed with no recourse to TCL.’

The acquisition gives Tata access to very strong brine supplies and also access to British Salt’s facilities as it produces about 800,000 tons of pure white salt every year. Analysts say that Tata acquired the company for a bargain price.

The deal will be completed subject to approval by competition watchdogs. The Tata acquisition has come just three years after the management bought the business from its American owner US Salt Holdings, backed by the private equity arm of Lloyds Banking Group.

R Mukundan, managing director of Tata Chemicals said: “The acquisition is in line with the strategy of Tata Chemicals to deepen its presence in the food and farm sectors and will help secure raw material for Brunner Mond operations.” He added, ‘This will help Brunner Mond maintain its low cost manufacturing position in Europe and provides great opportunity to optimise the costs further. The combined entity will improve overall financial position of our European operations.”

“Given the strategic alignment of our businesses as well as the significant combined expertise and resources, this acquisition provides a major opportunity to achieve growth in our chosen markets.” 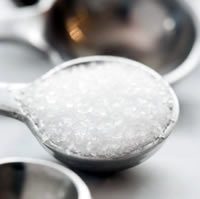 Martin Ashcroft, managing director of Brunner Mond, said: “British Salt has an excellent reputation and we will be able to share with each other our manufacturing and processing experience which will help to accelerate our growth.”

Tata Chemicals Ltd has also decided to branch out further into the food sector and has launched its i-Shakti brand of pulses and daals. The venture, the company hopes, will encourage local farmers to grow more pulses – the edible seeds of legumes, such as lentils and daals, which are the staple ingredient of most South Asian meals.

The new brand, I-Shakti, is a joint venture between Tata Chemicals and Rallis India Ltd, a subsidiary of the Tata group that specialises in agricultural business, pesticides and fertilisers. It is also the result of a public-private partnership between the two Tata subsidiaries and local governments, with aim of increasing the production of pulses in the face of rising prices.

India’s Tata Group is building a business reputation in the UK after some key acquisitions, including, Tetley Tea acquired in February 200 for February 2000 for £271 million; steel manufacturer Corus Group in January 2007 for a deal valued at USD 12.04 billion and Jaguar Cars and Land Rover in March 2008 for $2.3 billion.

Amit enjoys creative challenges and uses writing as a tool for revelation. He has major interest in news, current affairs, trends and cinema. He likes the quote: "Nothing in fine print is ever good news."
UK Student fees rise and foreigners capped
Honour Killings continue in the UK