Asian men, and in particular Pakistani men, grooming young vulnerable white girls for sex has hit the headlines after comments made by politician Jack Straw. With two men in Derby getting jailed for such crimes, the question arises about the reality of this situation.

less than 1% of sex offenders are Pakistani men

Jack Straw recently made headlines with controversial claims that Pakistani men target white girls for sex, as they are perceived as “easy meat.”

Besides media suicide, it’s hard to see what the former home secretary was hoping to achieve by making this statement. His comments have attracted criticism from the Muslim community, fellow MPs and other members of the public.

The Labour MP for Blackburn made the claim after two Pakistani men were jailed for grooming young girls for sex in the Derby area.

Abid Mohammed Saddique, 27, and Mohammed Romaan Liaqat, 28, are both married with children of their own. They were the ringleaders of a gang of men who befriended and then abused vulnerable girls aged from 12 to 18. They picked up the girls outside school or on the street, luring them in with drink or drugs. The men will serve a minimum of 11 and eight years respectively. One member of the gang was a white British male, and their victims included girls from white, Asian and mixed-race backgrounds.

Judge Philip Head was presiding over the case in Nottingham Crown Court. He told Saddique: “You are in the truest sense a sexual predator with a voracious sexual appetite that you gratified as frequently as possible in a variety of ways. Your aim was sex at any price.” The judge did not mention race as being a motivation for the man’s crimes.

However, Jack Straw was later quoted in the Daily Mail as making the following statement: 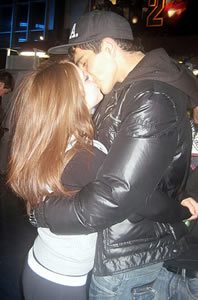 “There is a specific problem which involves Pakistani heritage men…These young men are in a western society, in any event, they act like any other young men, they’re fizzing and popping with testosterone, they want some outlet for that, but Pakistani heritage girls are off-limits and they are expected to marry a Pakistani girl from Pakistan, typically…So they then seek other avenues and they see these young women, white girls who are vulnerable, some of them in care… who they think are easy meat.”

Jack Straw is not only alienating a part of British society, he is also totally missing the point. All sex offenders, regardless of race, target vulnerable people. Rather than making the Pakistani community a scapegoat, surely his responsibility as an MP is to deal with the core issue: protect children and teenagers who are vulnerable, so that predators do not have the opportunity to exploit them. Although there will always be people who, for whatever reason, seek to abuse others, investing more time and resources into working with vulnerable children can help prevent these horrific crimes.

The charity Barnardos, which works with vulnerable children, made a public call for the government to take action. The rise of the internet and social networking has made it easier for sexual predators to find victims. The charity wants a special minister to be appointed within the government, whose role would be to protect children. On the issue of whether there is a racial element to grooming, a spokesperson from the charity said this:

“We have worked with children from different backgrounds, Asian, British, Afro Caribbean and mixed race who have all been victims of sexual exploitation…it is important to remember abusers come from all different racial backgrounds as well.”

Besides unjustly insulting the Pakistani community as a whole, Jack Straw’s comments have encouraged racial stereotyping and hatred amongst the public. People on right-wing internet forums are applauding him, going on to say things like: “If there was (sic) no Pakistanis in the country, this problem would not have surfaced.” 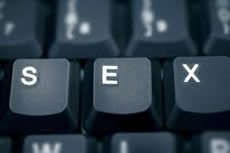 Statistics overwhelmingly show that the majority of sex offenders in the UK are white British males.In the UK, less than 1% of sex offenders are Pakistani men. As Jack Straw is a prominent figure in British politics his comments are deeply embarrassing for the British public at large; his previous roles in the Labour government include justice secretary, secretary for foreign and commonwealth affairs, and home secretary.

However, interestingly, comments made on a phone-in on the BBC Asian Network revealed that many Asian men felt that white women were ‘easier’ targets because of their Western values. Some male callers said that if they were in a night club it would be easier to chat up a white girl than one from South Asian origin because white women were more easy because they have complete social and cultural freedom from a younger age, to do what they want and have sexual relationships more openly than their British Asian counterparts.

Therefore, it’s obvious that cultural differences, up bringing and values play a major role in this issue but trust and cooperation between different groups is key to keeping our society safe. Keeping younger members of society, especially, girls away from sexual fiends is the underlying issue here.

Inflammatory comments such as these from a well-known public figure just cause unnecessary friction. Blaming minority groups for social problems may be cheaper and easier than trying to tackle the actual cause, but it will do nothing to prevent these crimes from happening again.

Roz is a writer who has travelled extensively in South-East Asia and Europe. Her passions are learning about different cultures, learning foreign languages and meeting new and interesting people. Her motto is "a journey of a thousand miles begins with a single step."
Honour Killings continue in the UK
UK Universities ‘at risk’ from Cuts