A sex grooming gang of predominantly Asian men have been convicted of rape, human trafficking and supplying drugs to vulnerable white girls in Newcastle.

The victims were all white females aged between 13 and 25

A gang of 17 predominantly Asian men and one woman have been convicted of targeting vulnerable young white girls and sexually exploiting them.

Thought to be one of the largest sex grooming gangs in Northumbria, the gang were found guilty of rape, human trafficking, “conspiracy to incite prostitution”, and supplying drugs.

Under the police investigation, Operation Sanctuary (and Operation Shelter which led to the trials), the men “lured” over 20 girls with drugs and alcohol and forced them to have sex.

It was found that victims were brought to various properties in Newcastle and Gateshead for “sessions”. They were offered drugs such as mephedrone (“M-Kat”) and cannabis. This was in exchange for sexual services.

Newcastle Crown Court heard details of the crimes across four trials, all interlinked, over two years. In some accounts, victims spoke of having woken up undressed after being drugged – to find they had been sexually assaulted.

Nationalities of the men include Bangladeshi, Pakistani, Indian, Iraqi, Iranian and Turkish.

The court also heard that the men had picked on these victims because they were “easy targets”. They came from vulnerable backgrounds, the prosecution said, and were less likely to seek help because of their “circumstances”.

The men would use gifts and attention to lure these girls, and many of the victims believed they were in a relationship with their abusers.

The Issue of Race

The revelation of what is yet another predominantly Asian sex grooming gang targeting white girls has, unsurprisingly, caused outrage.

Many campaigners and MPs have called for tougher sentences on the gang, for what they insist are “racially aggravated crimes”.

They question why issues of race and political correctness have been given precedence over the safeguarding of vulnerable white girls.

It has only been a few years since a gang of Pakistani men was found to have sexually abused white girls in Rochdale and Rotherham. Independent inquiries found that cases of almost 1,400 girls had been overlooked by authorities in an attempt to avoid unsettling racial tensions.

The highly publicised case was even dramatised by the BBC’s Three Girls. The show highlighted how the Rochdale gang pursued and mistreated the girls, forcing them into prostitution.

Peter Saunders, of the National Association of People Abused in Childhood, told the Telegraph:

“If the situation was different and this was [a] white gang attacking Asian victims, quite rightly there would be an outcry, but because of the whole politically correct culture, we have to bite our tongue and are afraid to address the reality.

“It is a further insult to the victims.”

Home Secretary Amber Rudd also believes it is time to stop hiding behind the guise of political correctness when it comes to uncovering sexual grooming:

“It is an affront to everyone in our society and I want to be absolutely clear that political and cultural sensitivities must never be allowed to get in the way of preventing and uncovering it.”

In the Newcastle grooming case, it is evident that identity and cultural background is of huge significance. The victims come from unstable and deprived circumstances. Some live in care homes. It is these factors that the gang used to their advantage – by giving them the attention that there may have elsewhere been denied. 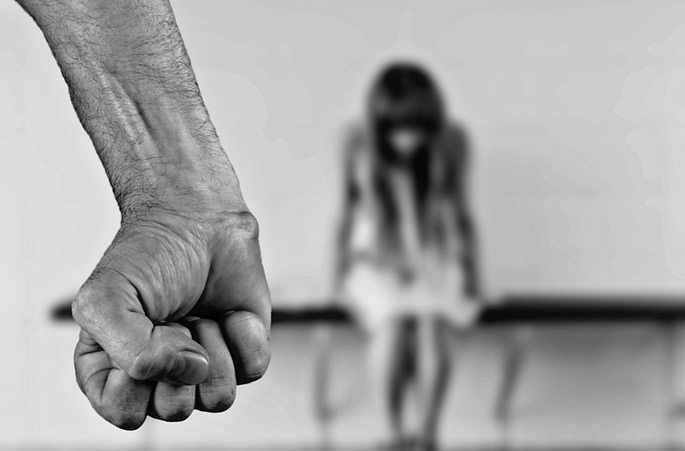 Misconceptions between cultural communities are also a factor. 37-year-old Badrul Hussain, who was found guilty of providing premises for drugs to be supplied, was also caught travelling on public transport without a ticket.

He allegedly shouted at a female ticket inspector, saying:

“All white women are only good for one thing. For men like me to f**k and use like trash. That’s all women like you are worth.”

But arguably this racial slur goes much deeper. It also uncovers a deep resentment and misogynist belief of women in general. And this dehumanisation of the other sex is something which also sadly encircles some Asian communities.

Misogyny and the Asian Community

Misogyny continues to be an ongoing problem in some sectors of Asian society.

Women have long been made to feel inferior in the eyes of men, and this has been regularly backed by archaic traditions. Think of female infanticide versus the celebration of sons for instance.

Even in some traditional family set ups, parents offer little or no freedom to their daughters in comparison to their sons. Girls are expected to adhere to a strict moralistic code. They are not offered the same opportunities as men, even if they are just as capable.

One only has to travel overseas to India to make sense of this outdated ideology. The Delhi gang rape in 2012 was an outrageously heinous crime that was internationally condemned. Yet, the actual rapists expressed no remorse for their actions. In fact, they felt the young woman Jyoti Singh “deserved” what she got because she was found to be out late in the evening.

Could this be an ideology that also carries into the mindsets of the Newcastle gang? This belief that women who are not locked indoors are otherwise promiscuous and deserve the abuse they receive?

Tackling misogynist mindsets begins in the home. More must be done to overcome these beliefs of men having the upper hand over women.

While we now enter a modern age where Asian girls are given the same opportunities as boys, pockets of tightly-bound communities still exist. And sadly for many young girls growing up, it is their mothers, grandmothers and aunts that instil these cultural shackles. Is it any wonder then that some Asian men buy into this outrageous inequality?

The Newcastle sex gang preyed on the vulnerability of the girls they abused. They were not seen as equal human beings but as possessions and objects.

It is easy for us to condemn those who are caught carrying out such atrocities.

But arguably we have spent many years listening to community leaders simply condemn them. Is it not the time to take action? It’s not only white girls who face sexual abuse either. What about those Asian girls who are abused in the home, and have even less chance of breaking free from their abusers?

While many will be shocked to hear of the sexual grooming taking place in their own cities, surely we can’t be surprised by the racist and misogynist attitudes that led to these crimes?

Such beliefs sadly still exist in some parts of the UK. What can be done then to prevent them? Aside from community leaders, it is the family home that can all begin to chip away at these ideologies. Not forgetting peers, relatives and friends too.

Children learn from their parents and their surroundings. Closed-off communities will only harbour narrow ‘them and us’ perspectives.

The police and UK government need to review the failings to date and not allow ‘political correctness’ to come in the way of such heinous and vile sexual crimes. Deeper cultural understanding of specific Asian communities and as to why these men behave in the manner they do needs to be investigated at a local and micro level.

Until the Asian communities concerned do not accept this as a real problem which needs to be addressed and policing of these crimes in not stagnated due to race or colour, grooming sex gangs of men like these will continue to prowl our streets and neighbourhoods.

Top Image PA; other images for illustration purposes only