South Asians have in the space of 60 years formed a considerable chunk of the British demographic. But have they become as British as we think? DESIblitz explores South Asian integration in Britain.

"People knew I was different not only because of my skin colour but also because of what I could and couldn't do."

Britain has seen the arrival of over 4 million South Asians since the 1950s. Second and third generation immigrants born and brought up in Britain have therefore had ample opportunity to integrate into the community.

However with increasing numbers of politicians and media commenting on integration suggesting that insular ethnic ‘ghettos’ have risen up, this assumption may be far from accurate.

Many first generation Asians perhaps find it difficult to ‘blend in’ with English people. Language and cultural barriers are just a few major factors that cause this difficulty. 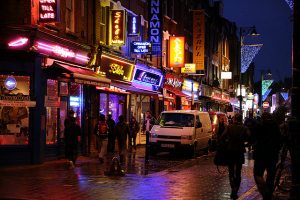 Although many choose to sympathise with the Asian communities and wish to aid them in their daily struggles as immigrants, others have a slightly different approach.

Sir Robin Wales, Mayor of Newham has made drastic changes in his town, the least White borough in England.

In an attempt to make foreigners understand and speak English, he has taken away foreign language newspapers from libraries, removed translation services, and put in extra money in English lessons for immigrants. He insists that such action is his way is to prevent ‘apartheid’.

In an interview with BBC Asian Network, Sir Robin said; “I’m very strongly of the view that if you try and segregate people into different groups and try to keep them separate, that’s not only bad for everybody, it’s bad for the particular community you do it to.” 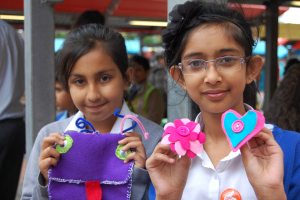 For second generation Asians, lack of understanding and discrimination is often one of the main reasons they find it difficult to integrate.

Cultural differences are often so significant that they feel isolated from the rest of society. Differences in upbringing also have a significant impact on the children.

Isma mentions how, due to certain restrictions by her parents as a child, she would often be seen as ‘different’: “People knew I was different not only because of my skin colour but also because of what I could and couldn’t do.”

“Other girls would go on sleepovers but I wasn’t allowed, unless it was a close family friend or relative. Although these things seem minor at first, they were still restrictions which meant that there were certain things that I, as a Pakistani, couldn’t do, whereas other English people could,” she said. 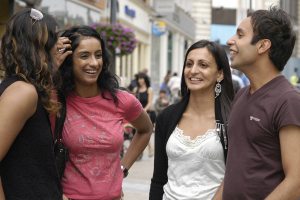 Many South Asian parents do feel the need to make sure their children grow up with the same cultural beliefs, especially if they are first generation South Asians coming to Britain.

Seema shares Isma’s views:“My parents were very afraid of me losing my cultural values and becoming too ‘Western.’ They generally preferred for me to mingle with other Indians.”

The most ironic and perhaps frustrating thing in this situation is if the roles were reversed and the White parent were to prevent their child from mixing with non-Whites in order to preserve cultural values – they would most likely be labelled as racist.

However, this desire to socialise only with others of their own race has been defended by an unexpected source. David Cameron mentions that due to drugs, family breakdowns and crime becoming a norm within British society, South Asians are seeing this as ‘a threat to the values they hold dear’. Cameron explains:

“Not for the first time, I found myself thinking that it is mainstream Britain which needs to integrate more with the British Asian way of life, not the other way around.”

Such differences may make British South Asians believe that they are in fact different, and they would rather mingle with those who understand their culture and share common values; thus choosing to interact solely with other South Asians.

It is also common for South Asians who cannot identify with White people to make friends with those of different ethnicities. A shared sense of ‘otherness’ brings together people from different minority groups. 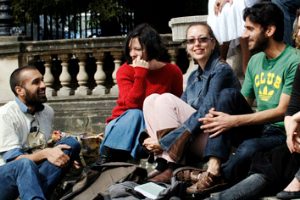 Contrary to the common belief that children are ‘colour-blind’ in terms of race, psychological research suggests otherwise. Research shows that children, can in fact, recognise race from a young age, and have the ability to develop racial biases as young as age 3.

Because of distinguishable features such as skin colour or difference in accent, it is easy for children to discriminate based on these differences, creating barriers.

Parents shoulder a responsibility to discuss discrimination and not brush aside harmful remarks that may be made by their children. Choosing not to discuss race at all may create even more of a barrier and allowing the child to live on in ignorance.

Fortunately, the barriers that prevent integration have been highlighted in British media. Documentaries like Make Bradford British (Channel 4, 2012) have had a positive impact on integration within different ethnic communities. 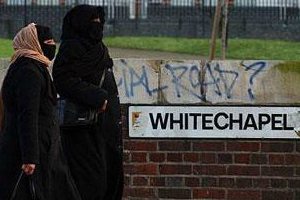 Media aside, various charities including ‘Challenge Network’ aims to ‘connect and inspire people to strengthen their communities’.

A study carried out with this charity showed that, worryingly enough, people were more likely not to have a best friend at all than to have one from another ethnicity.

Fortunately, there are many British South Asians who do integrate with all communities, regardless of race:

“When I was younger I felt that there was a barrier between Asian and non-Asians, so I always fit in better with the Asians as I felt that they understood me more. But by the time I moved to university, I had the fortune of meeting and making friends with many different people. I see no difference anymore. We’re all human beings after all,” says 19 year old Anu from Birmingham.

So will Britain ever be able to unite as one? We cannot say for certain, however with an increasing number of South Asians integrating and associating with those of other ethnicities, and with various charities aiming to eliminate barriers, one can only hope that Britain will have a brighter future ahead.

Lead Journalist and Senior Writer, Arub, is a Law with Spanish graduate, She keeps herself informed about the world around her and has no fear in expressing concern in regards to controversial issues. Her motto in life is "live and let live."
Top 5 British Asian Models
Sewa Day Awards honours Social Action Pioneers