As the fashion industry continues to evolve and expand, we have see a considerable rise in Asian models. DESIblitz takes a look at the top 5 British Asian Models who have made their mark in fashion.

“Undoubtedly the British Asian models and actors are rocking the fashion and acting scene.”

It has become evident that in recent years British Asians have paved their way into the media industry, and the same can now be seen within the fashion and modelling scene.

What began out as a fairly small proportion of models has now evolved;  thousands of British Asians now model for top fashion shows, magazines, adverts, programs, and much more.

We look at top five British Asian models who we think will make it big in the media, fashion and modelling industry. 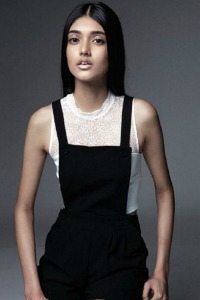 The ultimate British Asian beauty started her journey with Models 1 agency at the young age of fourteen. Impressively she is one of the youngest British Asian models to work for exclusive magazines and editorials.

Neelam’s initial appearance became a hit in the honoured British luxury brand campaign shot by veteran photographer Mario Testino. Her debut at the Burberry show and a star turn in the brand’s ad campaign was surely a success for this Desi originated British model.

Soon after she was launched in Vogue Italia and other influential fashion magazines. Neelam admits that she would ‘probably be studying psychology in college’ if she hadn’t established an early career in the fashion industry.

She was labelled ‘fashions newest princess’ and ‘it girl’ by Faran Krentcil of Elle magazine and Neelam could be our next Indian woman to be titled as a super international model. 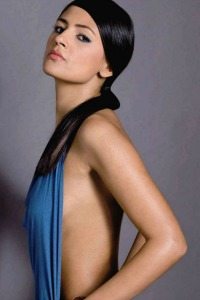 Aruna Shields is a British model turned actress. She hit the screens with her bold personality and exceptional looks.

Her earlier works began in theatres, and she later completed a scholarship in a boarding school and soon gained noticeable success as a graduate from the Guildhall School of Music and Drama.

The bold actress was soon heading towards a great success in British and Indian cinema. According to Google, in 2010, Aruna was the number one most desirable actress in internet queries from India.

She had won the award in 2008 for appearing for Lynx Blow. She also won her award for a winning stage performance Talk of the Town. She also appeared for Pantene PRO V and many BBC television documentaries and series. 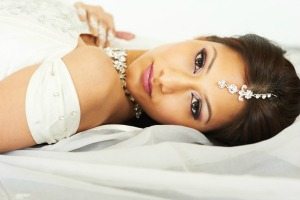 The British Asian Model who was spotted by recognised Asian Photographer Ajay Chag.

The gorgeous Vaishali Pipalia is versatile and experienced in editorial, fashion, fitness, beauty, and runway.

Vaishali purely features in fashion and beauty and is acknowledged for her bold nature.

Vaishali Pipalia has also graced many South Asian magazines, covering pages such as Teen Vogue. Vaishali is beginning her career in India and she aims to debut her acting skills on television in the future. 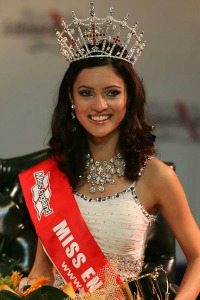 In 2005, Hammassa became the first ever Asian Muslim beauty contestant winner to be crowned Miss England. Hammassa won the title at the Liverpool Olympia and received international commercial success for her win.

Top channels highlighted Hammassa such as ITV and Sky news, and she was also featured on the front cover of most national newspapers across the UK.

Soon after her beauty pageant success, Hammassa featured in Teen Vogue magazine in 2006. She had also been launched in the 3 page feature of Asian Woman magazine and the front cover of Zeba magazine.

Hammassa said that she was happy to make history: “I’m making history and I’m very happy, hopefully I won’t be the last.” 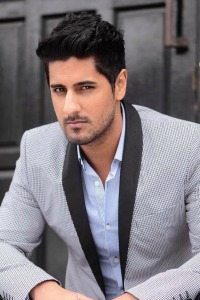 Asad Shan established his identity as Mr Asia UK in 2004. Inspired by his success he moved to New York to train in acting at the Lee Strasberg Theatre Institute and in film performance at the New York Film Academy.

Asad set off for Indian glamour in 2006 to Mumbai. Within no time Asad hit the runways at India’s biggest fashion weeks, and soon after he was taken up by top fashion labels.

He later became one of the most popular VJs on B4U and is now the face of ZING TV internationally.

An exceptional British Asian Model and Actor, Asad began his own production company, Iconic Produced. Its first feature film 7 Welcome to London (2012) was a great success.

Voted the ‘Best & Sexiest VJ’ at B4U Music, he became the face of campaigns for Hero Honda, Men’s Fair & Lovely, Marie Claire and Skoda. He was also voted in the ‘Top 10 Bachelors’ for Cosmopolitan and Elle India.

The super dashing British Asian model and actor is rocking the industry with his charming personality and talent. We trust that there is a lot more yet to be seen of him.

Undoubtedly British Asian models and actors are rocking the fashion and acting scene and are making a name for themselves both in the West and the East.

With so much talent to be found on British shores, we are certain that British Asians will continue to be recognised on the runway and off. We predict these 5 stars have a lot more ahead of them and we can’t wait to see what the future holds for them.

Suman Hanif is an emerging filmmaker. With a passion to entertain and write Suman's work explores health, social and environmental concerns with the intention to empower people. "Journalism is an exciting opportunity that enables me to communicate to the world."
Government supports Parents with Childcare Costs
Have South Asians Integrated into British Society?